Save Bristol Bay has been highlighting what they call “Bristol Bay Ambassadors,” and two recent profiles have been of owners of Orvis-endorsed lodges. First was Dan Michels, who helped build Crystal Creek Lodge in King Salmon, Alaska, and then bought it in 1995. According to Dan, he was initially indifferent to the Pebble Project, but the way the mining company acted changed his mind:

Lies, shifting of position and spin are at the core of the Pebble mission. The message is constantly changing. They are about money and not anything to do with integrity or a principle other than money. Once I saw that continued cynicism overlaid with the potential environmental costs of having Pebble in place, I declared all-in for the cause to prevent Pebble.

Dan Also wrote a great piece in the Anchorage Daily News entitled “Protecting salmon is good business and the right thing to do,” in which he argues in favor of the Stand for Salmon Initiative, which seeks to protect salmon-spawning waters. Brian Kraft, who owns Alaska Sportsman’s Lodge and Bristol Bay Lodge, was one of the early loud voices against the mine, but he, too, was initially not opposed to the project: “Great, there will be jobs and this will be good.” However, when he began to do some research, his opinion changed quickly:

I quickly learned that mining on the size and scale and in the location where pebble is proposed —in sensitive habitat and right where at least three major salmon streams headwaters are at—that Pebble was the wrong mine in the wrong place.

2. Floridians Prepare for a Return of Green Algae Blooms in the St. Lucie River 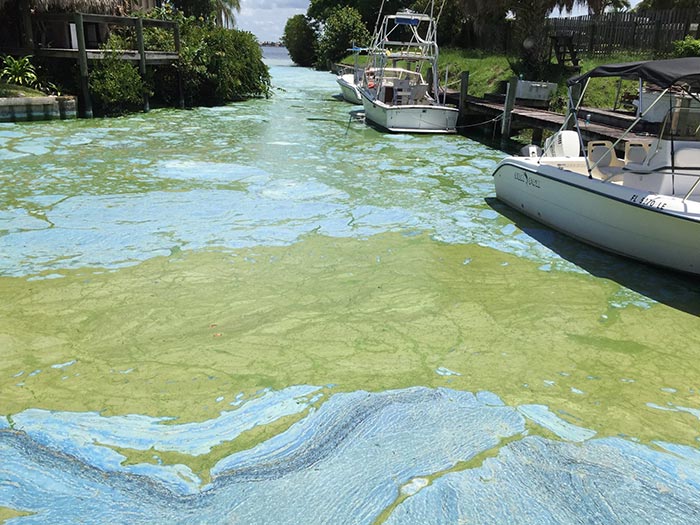 In recent years, Florida’s fragile estuaries and coastal environments have been awash in disgusting, damaging algae.
Photo via bullsugar.org

In South Florida, lots of rain creates a big problem. Now that the natural flow of surface water through the Everglades has been interrupted, there’s nowhere to put the water. The excess water gets pumped to the two coasts, leading to the kinds of disastrous algae blooms we saw in 2016. And right now, according to an article in TCPalm, conditions are ripe for a repeat:

“The main concern is that we’re seeing high levels of nutrients coming into the estuary, particularly from the C-44 Canal,” Widder said. “There also are high nutrient levels coming from Ten Mile Creek, the North Fork (of the St. Lucie River) and the C-23 Canal. All that nitrogen and phosphorus could feed algae blooms.”