Welcome to the latest installment of the Wednesday Wake-Up Call, a roundup of the most pressing conservation issues important to anglers. Working with our friends at Trout Unlimited, Backcountry Hunters & Anglers, the Theodore Roosevelt Conservation Partnership, The Everglades Foundation, Captains for Clean Water, Bullsugar.org, and Conservation Hawks (among others), we’ll make sure you’ve got the information you need to understand the issues and form solid opinions.

1. Op-Ed Calls on President to Invest in Everglades Restoration

On Monday, the editorial board of the New York Times published an op-ed entitled “Biden’s Chance to Save the Everglades,” arguing that there is a real possibility for bipartisanship in the effort to follow through on the Comprehensive Everglades Restoration Plan, passed more than 20 years ago:

There is, however, one environmentally important project that boasts remarkable bipartisan agreement and has important climate implications. It may be the most ambitious ecosystem recovery project ever, not just in the United States but anywhere, and it has the added virtue of being an act of atonement for past government failures.

The project in question, launched near the end of the Clinton administration, is an effort to restore the biological health of the Florida Everglades. Originally funded at $7.8 billion, the program is now more than 20 years old, and while some progress has been made, it has moved in fits and starts. It is now at a critical point, with several major plans on the cusp of success if the money can be found. Decisions taken in the next few months may well determine whether the Everglades project lives up to its promise of reviving the South Florida ecosystem.

Working with The Everglades Foundation and Captains for Clean Water, Orvis has been pushing for more funding for the Everglades for years. It’s exciting to see the movement gather bipartisan momentum.

Click here for the full story in the New York Times

For more coverage of Everglades restoration, check out these stories from around the Web:

2. How Congress Can Create Jobs and Safeguard Habitat

Writing on the TRCP website, Andrew Earl makes a strong argument for the power of conservation to heal political divides:

Our natural resources can once again bring our nation together, if Congress seizes the opportunity to invest in them.  As policymakers search for ways to stimulate the economy, they need look no further than our lands and waters. That’s why hunters and anglers are joining a diverse coalition of conservationists and outdoor enthusiasts to ensure that Congress considers fish and wildlife habitat as part of the solution to the many challenges we face.

Take action: Tell Congress that habitat improvement projects are good for our fish and wildlife and the economy

In Field & Stream, Benjamin Alva Polley details a new report that shows just how much trouble sage-grouse populations are in:

A new report by the U.S. Geological Survey (USGS) shows that this once-abundant game bird has declined 80 percent in the last six decades and nearly 40 percent since 2002. Climate change and human-caused habitat loss are the main driving factors behind the population decline. If trends aren’t reversed, scientists predict, up to 50 percent of sage-grouse leks could be gone in two decades. And in 56 years, 78 percent of leks could be functionally extinct with less than two breeding males at each lek. 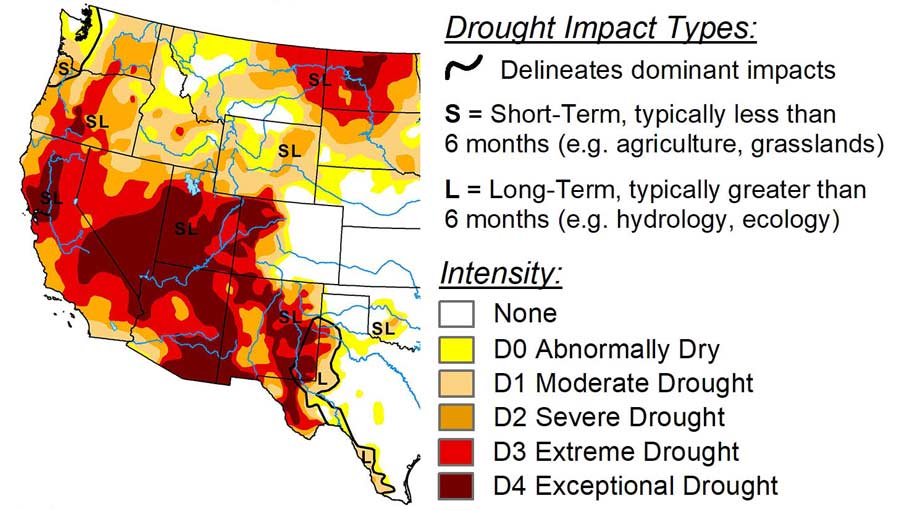 A broad swath of the West is in the midst of severe drought, threatening rivers and adding to an already high likelihood of wildfires. The Southwest i...