Last Friday, the U.S. Army Corps of Engineers released new federal report summarizing public concerns about the proposed Pebble Mine project. The report is just 37 pages long–compared to the 152-page summary for the much smaller Donlin gold project in 2013–with lots of bullet points and not much detail.

“Today’s report is a preview of how Alaskans should expect the remainder of the permitting process for the Pebble Mine to be managed by the federal government,” said Tim Bristol, director of Salmon State. “Their first major action on permitting was rushed, ignored the voices of Alaskans and overlooked countless problems with Pebble’s application.”

The decision to extend a lease where the EAA is supposed to be built has conservationists crying “Foul!”
Graphic via the Everglades Foundation

While Congress was approving funding for the proposed Everglades Agricultural Area Reservoir, causing much rejoicing among the various groups advocating for the plan, the South Florida Water Management District (SFWMD) board “unanimously passed a measure — added to the agenda at 9 p.m. the night before — to extend a sugar company’s lease on 16,500 acres south of Lake Okeechobee, land where a reservoir to mitigate discharges from Lake Okeechobee is to be built.”

Next, the board “voted to vacate a 30-year-old “consent decree,” a potentially seismic move which ultimately could end federal oversight designed to ensure water sent south to the Everglades meets pollution-reduction standards.”

Therefore, when bulldozers showed up to clear 560 acres of land for a “rapid start” to the reservoir project, conservation groups looked upon it with a jaundiced eye.

Click here to learn about the SFWMD board decision.

Click here to read about the staged “rapid start” and the response from conservation organizations.

Dam removal may be in the future for the Eel River.
Photo via TU.org

Like the vast majority of Northern California steelhead and salmon rivers, the Eel is a shadow of its former self, but the future looks decidedly bright, according to Trout Unlimited. The possibility of removing two dams that have blocked fish passage for more than a century is very real. This could open 150 miles of prime spawning and rearing habitat, which would be a boon to populations of anadromous fish. 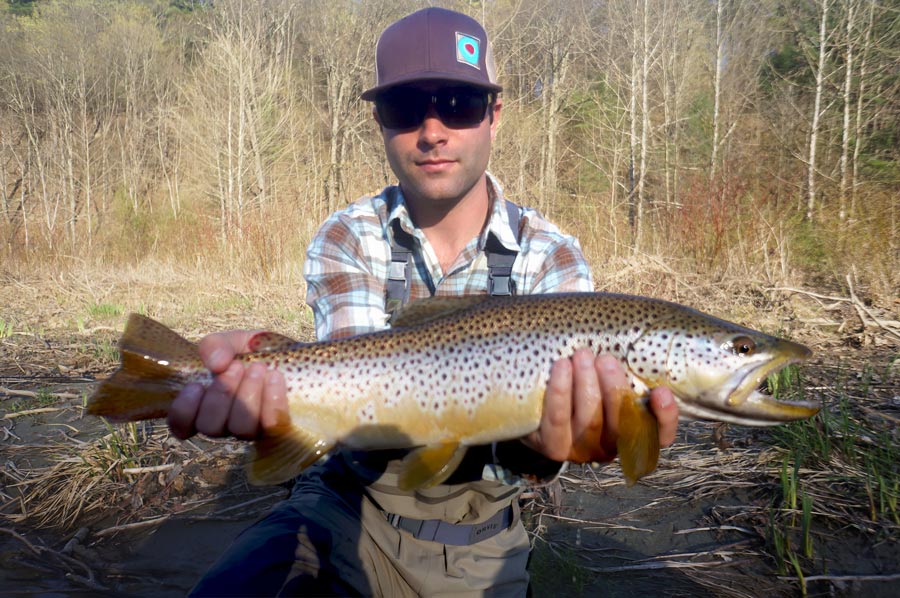 The Battenkill’s big browns are making a comeback.
Photo by Shawn Combs

Right in our own backyard, Vermont’s legendary Battenkill has been on a long road to recovery since the brown-trout population crashed in the mid 1990s. After much studying and debate, the culprit was identified: a loss of habitat and instream woody debris. For the past decade, bioloogists have been working to replace structure and create new habitat. Recent electroshocking studies show that things are moving in the right direction.