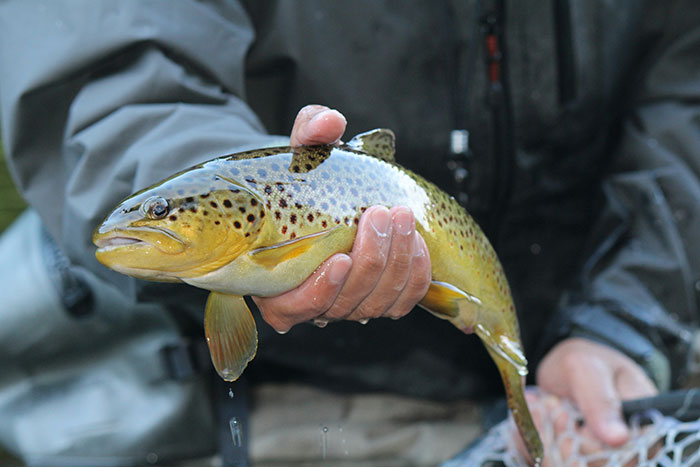 A healthy Westfield River brown trout fell for a nymph drifted through a deep run.
All photos by John Nguyen and Ty Patton

As with most fishing trips, our day began before the break of dawn with coffee in hand and quick pack of the car. One morning last summer, our trip was to a small town on the western side of Massachusetts named Westfield. Known for being the home of Westfield State University and Gilbert Clifford Noble, founder of Barnes and Noble Book Stores, Westfield also features the Westfield River, a familiar trout destination for New Englanders. 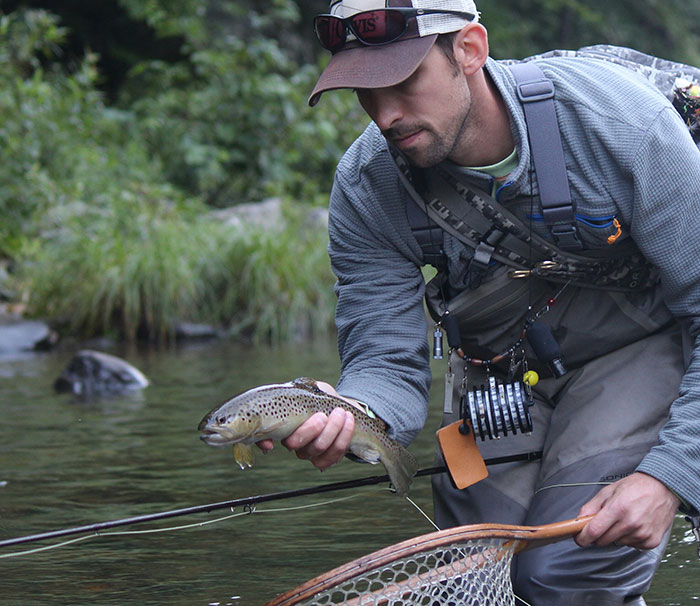 As the day warmed, the fish started looking up for hoppers and Stimulators.

Upon reaching Chesterfield Gorge State Forest, we encountered a very rough, unmaintained old logging road. This narrow dirt road was definitely a challenge, even with a four-wheel-drive vehicle, but as we navigated down the path, scenic stretches of the East Branch were visible running alongside. The catch-and-release stretch of the East Branch is seven miles of uninterrupted river. Deep into the state forest, the road eventually ends at a gate, forcing us to hike in the remaining stretch on foot. 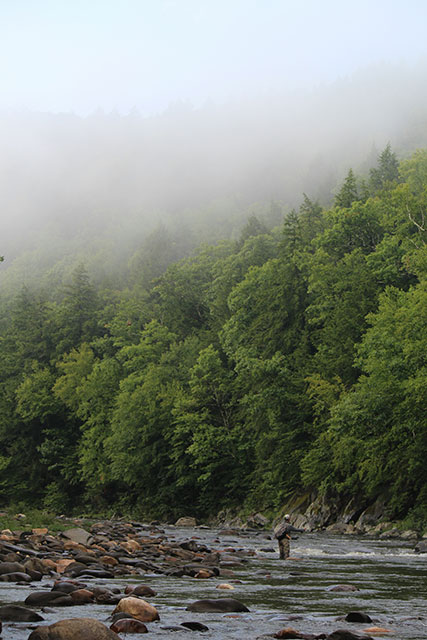 Dramatic mists covered the mountainsides in the late afternoon.

With the early morning came cooler air and stillness. We could hear nothing but the sound of the river flowing as it coursed through numerous riffles and emptied into well-shaded runs and pools. Our early morning efforts to reach our destination were rewarded with solitude, stunning mountain scenery, and exceptional fishing. The water remained cool and clear as we found rainbows, browns, and brookies working the riffles, runs, and pools. The Westfield is a freestone stream with steep rock ledges and large midstream boulders, which makes for slippery wading conditions, but also provides good holding water. Nymphing was the technique of choice for the riffles and runs, although we did see the occasional fish rising here and there. Delicate upstream presentations proved to be quite effective in bringing fish into our nets. By midday, fish were particularly interested in hopper patterns and Stimulators. 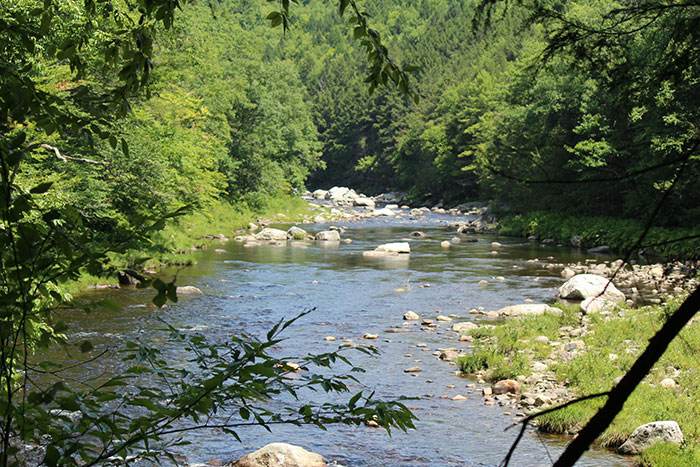 The East Branch of the Westfield is a freestoner with lots of great holding water.

As the temperature cooled, we returned to the river in the early evening, and the fishing resumed. Mother Nature, however, had a surprise. Blue skies and warm sun gave way to ominous rain clouds and the sound of thunder in the distance. Hailstorms showered the riverbed for the greater part of an hour, giving way to rain and thunderstorms. Sitting in the car, we waited out the storms listening to sports radio, which was on the only station we could get. The storm eventually subsided, leaving the temperature about ten degrees cooler, with overcast skies. Fishing resumed that early evening with the storm leaving dramatic majestic mountain views and a theatrical looming mist. 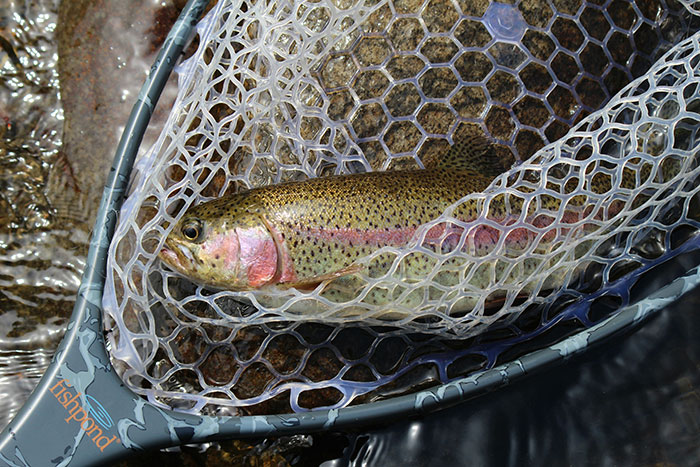 The catch-and-release section features some beautiful rainbows, as well as browns and brookies. 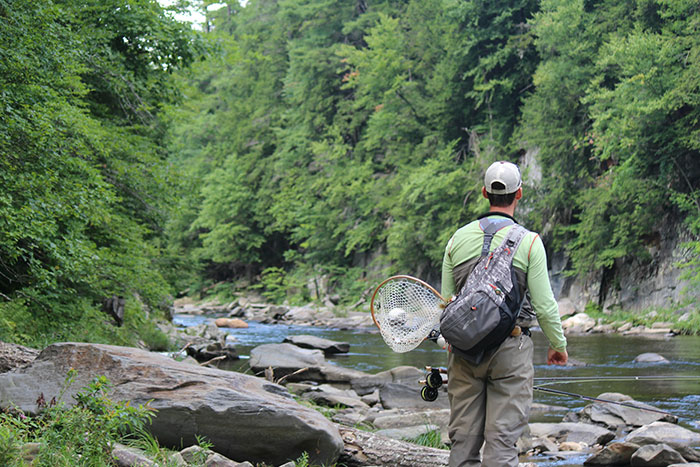 Planning how to fish each section is part of the adventure.

One thought on “Photos: Browns, Rainbows, and Brookies on the Westfield”