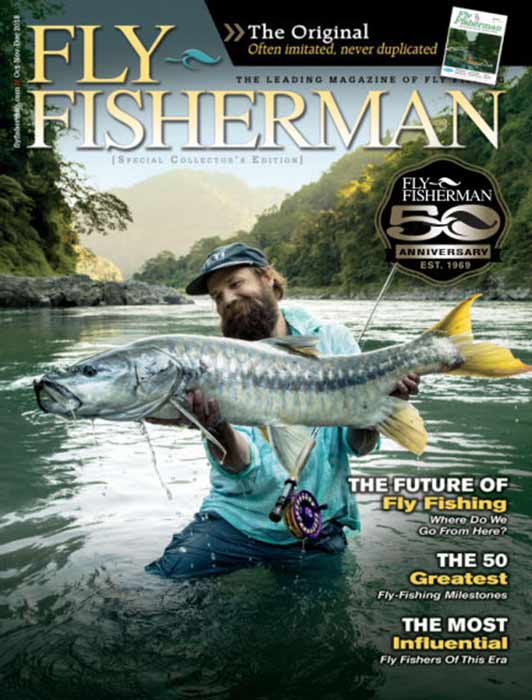 The 50th Anniversary issue of Fly Fisherman magazine is out, and it’s full of great stuff–including a list of the 50 most influential fly fishers of all time. The list was created by the magazine’s staff, and I’m sure they’ll get plenty of argument over who’s included and who’s left out. We’re proud to see that Orvis is well-represented, with Tom Rosenbauer coming in at number four (4!) and Perk and Dave Perkins at number twenty-nine. Here’s what the FFM editor’s had to say: 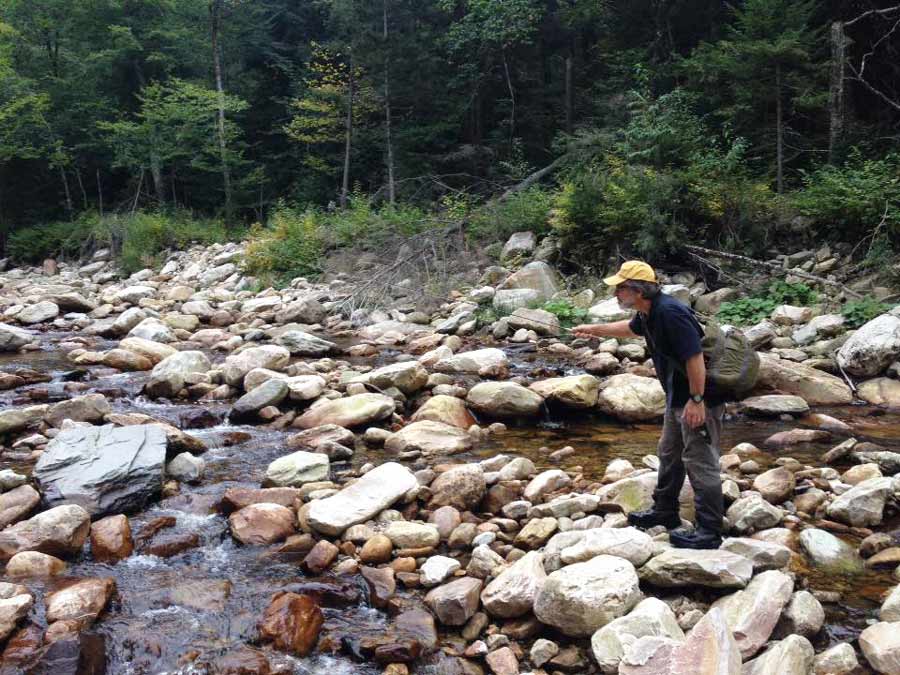 Through his books, articles, and podcasts, Tom Rosenbauer has had a profound influence on the sport.
Photo by Phil Monahan

Tom Rosenbauer. Tom Rosenbauer will likely hate seeing his name on this list because he’s a humble everyman who never intended to become a fly-fishing “expert.” Instead, he has always acted as a student of the sport—investigating, experimenting, and asking the right questions of the right people, and then sharing that knowledge through magazine articles, dozens of books, and as host of the most downloaded podcast in the world. The Orvis Fly-Fishing Guide Podcast has more than 11 million downloads.

His book The Orvis Fly-Fishing Guide, first published in 1984, is likely the best-selling instructional fly-fishing reference of all time, and he has more than ten books currently in print, including most recently The Orvis Guide to Leaders, Knots, and Tippets (Lyons Press, 2018). He has been a fly fisher for more than 50 years and was a commercial fly tier by age 14. He brought beadhead flies to North America—Orvis was the first U.S. company to sell them—and is the inventor of tungsten beads. 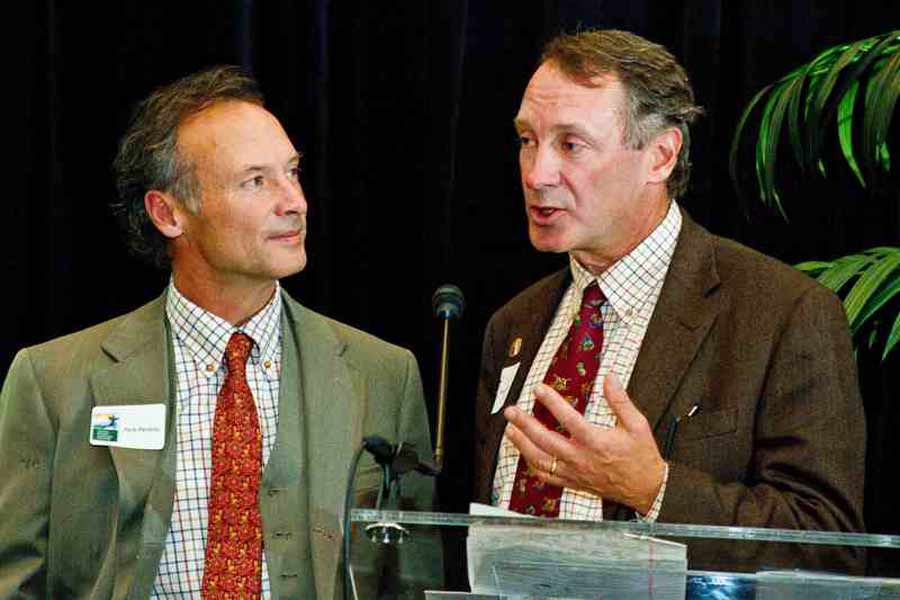 Perk & Dave Perkins. The entire Perkins family earns a mention here, because together they helped raise our entire sport. Leigh Perkins recognized the opportunity to make the brand synonymous with a fly-fishing lifestyle, and bought The Orvis Company in 1965. He retired in 1992, and since then Orvis has been run by his sons Perk and Dave Perkins. Under their leadership, the company has tripled its revenue and more importantly has committed 5% of its pre-tax revenue toward conservation. In recent years grants have gone to The Clark Fork Coalition, The Everglades Foundation, the ongoing fight against the proposed Pebble Mine in Alaska, and many other projects across the nation. Since 1989, Orvis, through its direct contributions and customer matches, has donated $21 million toward conservation. 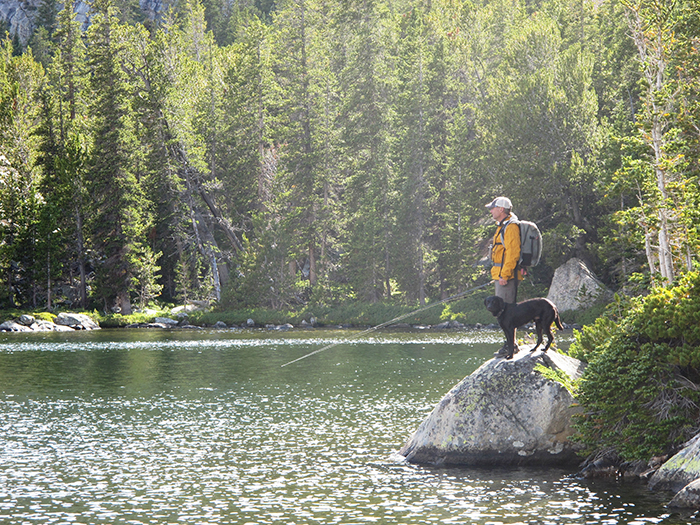 While Orvis is too often unfairly characterized as a “corporate” fly-fishing brand in a world of mom & pop businesses, the truth is that Orvis is a family-owned and -operated success story. A third generation of Perkins is now learning the ropes from the ground up. Perk’s son Charley was the narrator of a recent Orvis film 90 and Counting about the life of his grandfather. His brother Simon was a fly-fishing guide on the Missouri for a decade before he got his first desk job at the Vermont headquarters. Simon is now director of brand marketing and played a key role in bringing new fly fishers into the sport, particularly women. Last year the Orvis 101 casting clinics introduced more than 15,000 people to fly fishing nationwide.

Pick up a copy of the magazine to see who garnered the number-one spot (you can probably guess), as well as to compare the list against your own top 50.

14 thoughts on “Who Are the 50 Most Influential Fly Fishers of All Time?”