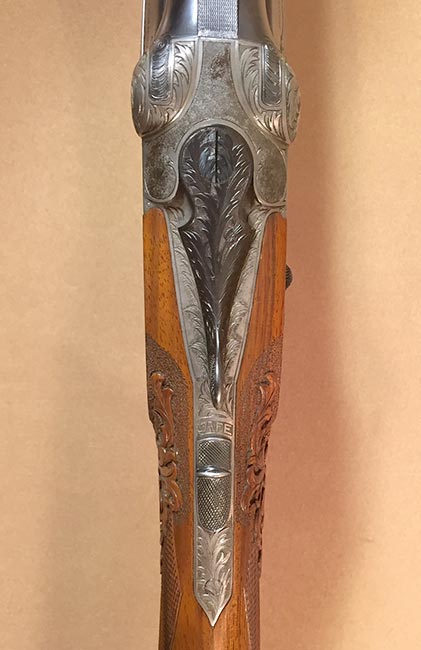 The craftsmanship on the Merkel 203e is spectacular.
Photos by Greg Carpiniello

Back in May, a customer called from Pennsylvania about two guns he wanted to consign. While his 12-gauge Winchester Model 21 was in superb condition and a rare find, his 16-gauge Merkel 203e was the real gem, and it had a great back story. He fondly recalled his trip with his dad to Abercrombie & Fitch in the 1950’s to pick it out. 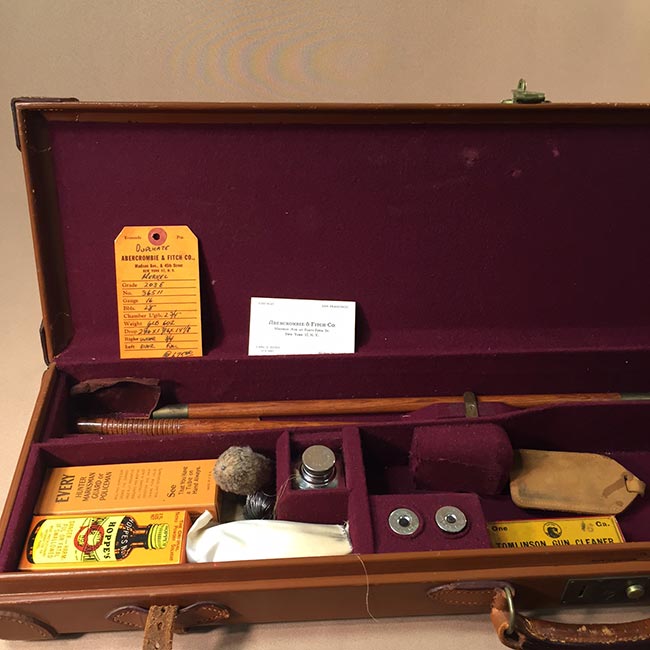 The provenance of this gun is quite clear, as the original tags are included.

Sixty years later he still had the gun, along with the Abercrombie & Fitch monogrammed leather case complete with oiler, gun cleaning brushes, rosewood rod, and snap caps. Even more intriguing were the original hang tag and business card of the gun salesman. His father was a right-handed shooter and shot the gun for years. When he handed it down to his left-handed son, he had the stock removed and an exact replica of the original fitted for a left-handed shooter. The intricate thistle carving, delicate inletting, and checkering were a perfect match. The original stock unfortunately found a home in a barn and suffered some damage over the years, but remains with the gun. 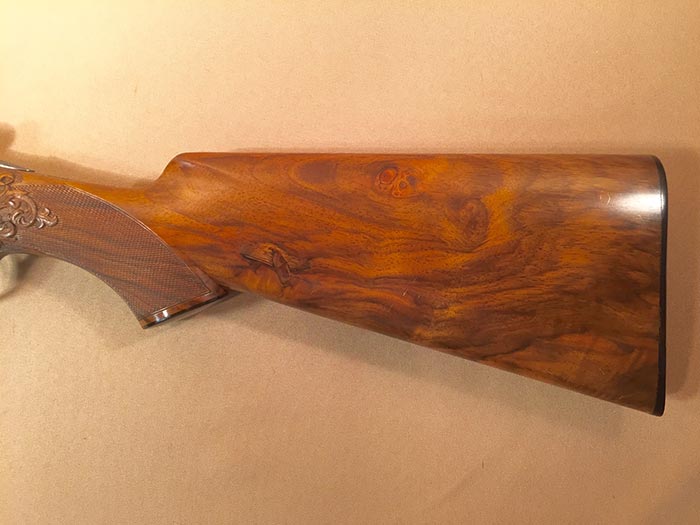 A stock for a left-handed shooter was matched perfectly to the original gun.

Typical of Merkels, the heavily engraved game scenes of a bird dog, fox, ducks and pheasants are compelling reminders of pre-war German gun making. Stop by the Orvis Gunroom in Manchester, Vermont to have a look. 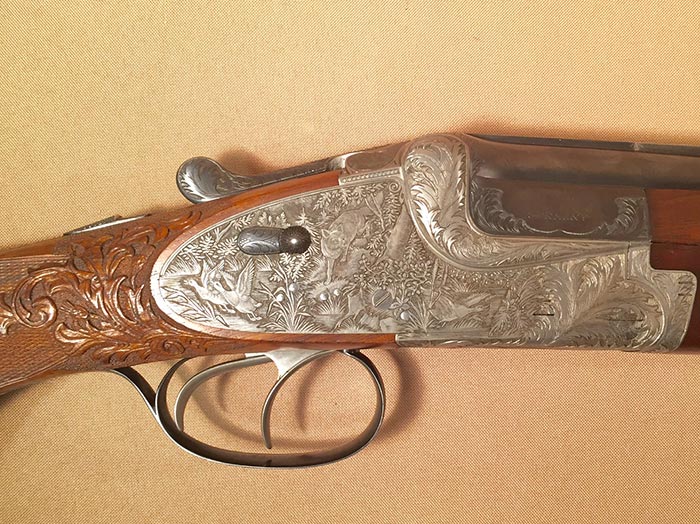 Beautiful hunting scenes each side of the action. 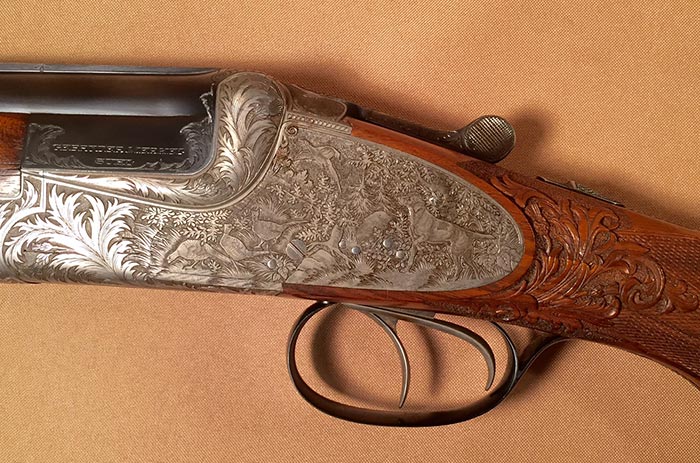