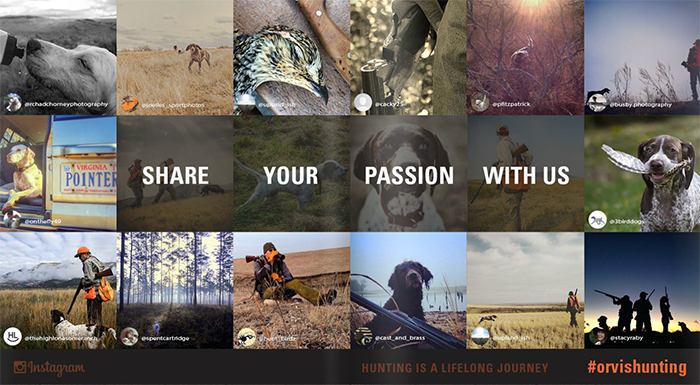 Our second photographer is Pat Fitzpatrick, from Texas. He notes, “All of the events described below took place on public land in the State of Texas. Texas is known for its lack of public hunting opportunities, but it can be done with a little determination and boot leather.”

#tbt that day every mesquite thicket seemed to hold a covey. My son skipped school the next day to come down and get in on the action. #quailhunting #englishsetter #uplandlowlife #uplandtradition #settersdoitbetter #orvishunting

What’s the story behind your photo that’s in the Orvis Digital Hunt Book?
This is a photo from a hunt in Matagorda County, Texas on a nice section of coastal prairie. Conditions were perfect, and my setter, Khaki, was on her game; it seemed as if every mesquite thicket in the sea of grass held a covey. I called my wife and asked her to pull my son out of school the next day so he could join me. A good quail hunt is an excused absence in our house. Here is photo of Sean walking in on a point the next day. 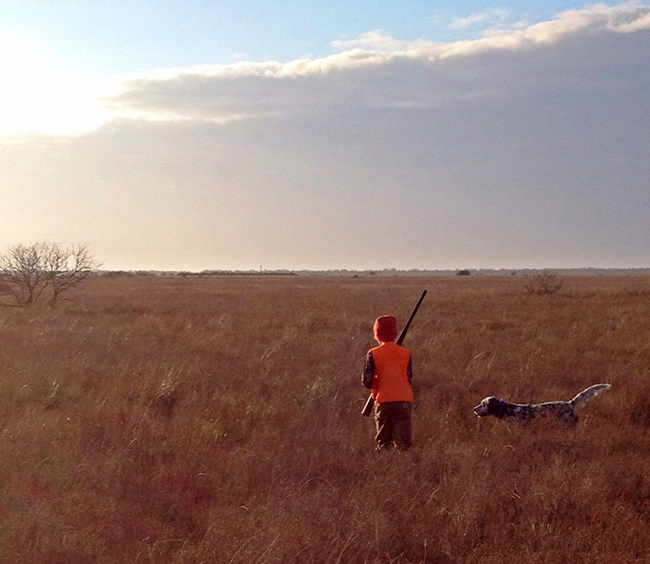 Talk about a great day to play hooky!
Photo by Pat Fitzpatrick

When did you start bird hunting?
I have been hunting and fishing most of my life. Some periods have involved more fishing than hunting, but the last ten years it’s been almost all bird dogs and bird hunting, it’s the thing I enjoy most.

What’s your favorite species to chase and why?
Quail, bobwhite and blue (scaled). They lend themselves to good dog work, there is nothing like a covey flush, and it never gets old.

What’s your most memorable bird hunting moment?
The hunt was near the Canadian River in the panhandle of Texas. My setter, Khaki, pointed and relocated on a covey five or six times as they ran on her down a narrow canyon. Some 200 yards later, she finally pinned them at the bottom, and my son Sean and I walked in for the flush. The first bird went out my side, and I swung and missed–only to turn back around just in time to see Sean take two birds on the rise, his first double at 10 years old! Great dog work and great shooting by your son, it doesn’t get any better than that. Here is a photo of Sean, Khaki, and me after his double. 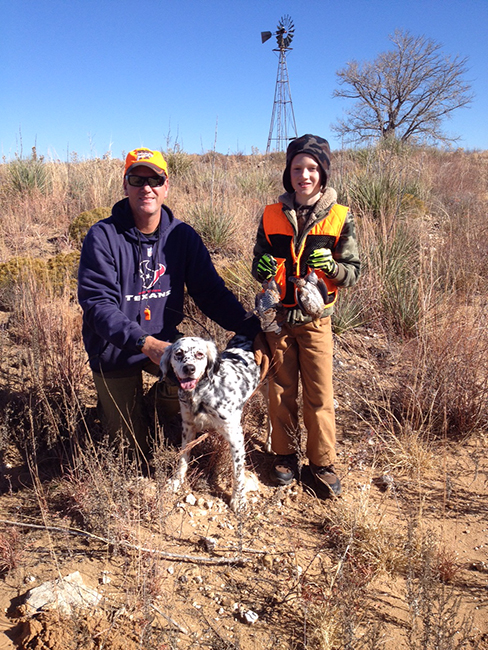 What’s your most forgettable moment?
On a solo hunt in the Big Bend Region of far West Texas, I hunted hard for two days without seeing a single blue quail. The third day, I only had a few hours in the morning to hunt before the 700-mile drive home. At the last stop, which was a quarter mile from the front gate and the highway home, my little springer, Sassy, found a covey that was spread out loafing under small patches of brush. She put up birds, and I emptied both barrels four times, for eight consecutive misses! I put her and the gun back in the truck and headed home, with an eleven hour drive to think about what had just happened.

Where’s your favorite place hunt?
The Big Bend Region of West Texas. I love looking for small birds in big places. The nearest Walmart is 100 miles away, so you know the stars at night will be big and bright and your smartphone is only good for taking pictures.