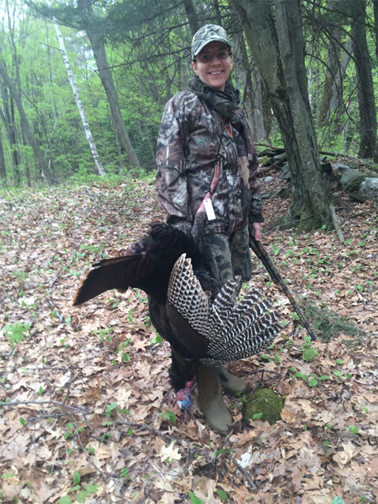 The 2014 Orvis Turkey Pool wrapped up on Saturday, May 31, bringing to a finish a month of fierce competition and camaraderie. The results are in, and we’d like to crown Ms. Jody Frederick (Administrator of Outdoor Services) 2014 Orvis Turkey Queen. Jody’s 20 lb. 59 point bird was indeed a beauty, and one to remember. With this victory, Jody gets bragging rights, a small prize, and the opportunity to tease Scott McEnaney (Manager of Schools & Endorsed Services, and Past Champ) as much as she likes until turkey season resumes in 2015.

Gunsmith Jordan Smith pushed hard for 29 days, and his persistence paid off. He notched a beautiful, high-scoring gobbler right at the buzzer, and could well have taken the top slot had he been able to tempt the bird onto Vermont soil. But alas, Jordan’s brawler fell just over the border in New York. Though it was a beauty, it couldn’t push Divisional Merchandise Manager Steve Hemkens’ 66.25 point bird out of first position for the ‘out-of-state’ winner of our competition. Congratulations to Jordan on keeping the focus until the last minute. Rumor has it the New York birds taste almost as good as their Vermont cousins.

The Orvis Turkey Hunters had a wonderful spring in the woods, and we hope you enjoyed sharing the highs and lows of another turkey season with us. There were 194 entries in this year’s turkey competition and, as the 2014 Champion, Jody Frederick has the privilege of drawing the first, second and third place winners at random (even those of you who didn’t vote for her get a shot at second and third prize…she’s that kind of gal!). Keep an eye on the Orvis Hunting Blog for updates announcing the winners, and keep your fingers crossed!

We have big plans for new and exciting ways to keep our hunting enthusiasts involved, so keep tabs on the Orvis Hunting Blog as the days and weeks progress. Rest assured there will be more fun to be had in the not-too-distant future! 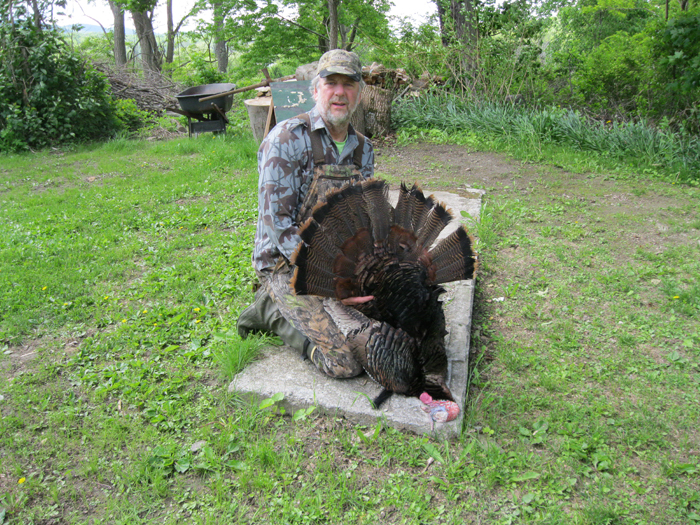