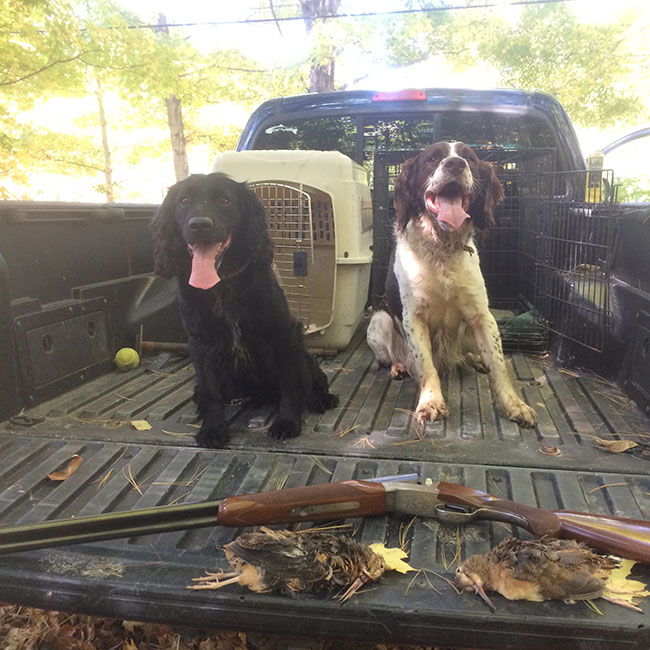 Diesel (left) and Ghillie are all smiles after their first time out for woodcock this year.
Photos by Scott McEnaney

The dogs were looking at me with eager eyes on Monday morning. They watched me head to the field a couple of times over the weekend…but I wasn’t bringing them along. It was opening of archery season here in Vermont, and it wasn’t anything feathered I was after.

So, caving to their looks I found their crates, loaded up the 20 gauge and we headed off to work. A busy morning made lunchtime come fast, and before I knew it I was piping the whistle, making them turn, and watching them go. Before long, Ghillie got birdy, and up went a woodcock. It was very thick where I was, so the first shot missed, but the second shot altered the bird’s flight. 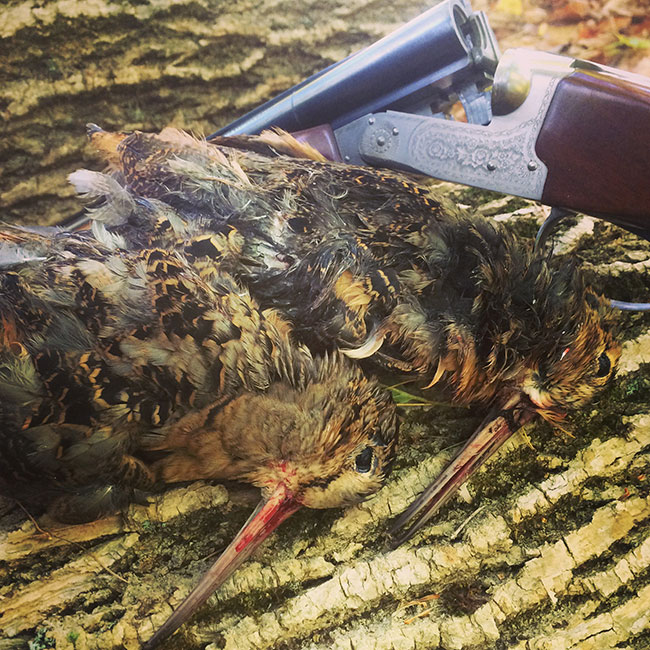 October is a magical time to be in the woods chasing birds in Vermont.

I went over to check and found the dogs excited by the scent of the area, but no birds were brought to hand. Before I knew it, Diesel was off like a rocket. I looked away for a second, and by the time I started paying attention again, there he was with the bird. It had landed, then run off about 40 yards to where Diesel got the pick-up.

About 25 minutes later, I saw Ghillie again get very animated and knew it would not be long before a bird flew. A beautiful right-to-left flush above the tree tops and one shot later, the bird was on the ground. Ghillie got the pick-up on that one. By then, it was 12:55 and time to head back to the truck. I never even ate my lunch, and that’s okay…October in Vermont is too great to miss for leftover chicken soup.

Scott McEnaney is a native Vermonter and is Orvis’s Eastern Director for our Endorsed Lodges, Outfitters, and Guides (ELOG) program.

One thought on “Photos: A Lunch Date with Some Woodcock in Vermont”