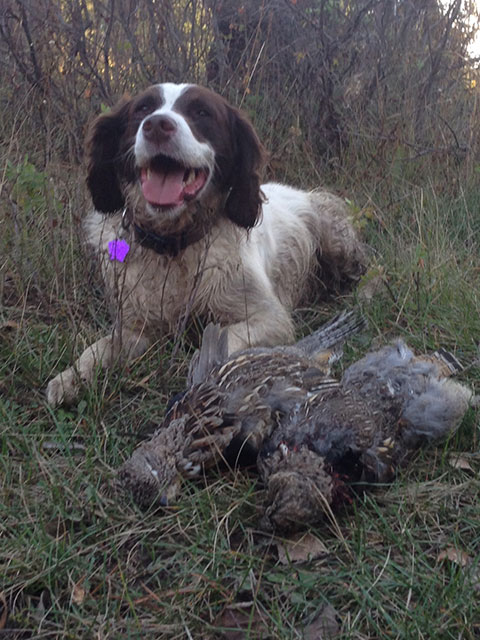 Cayenne flushed these two ruffed grouse not far from Steve’s house on a quick afternoon hunt.
Photo by Steve Hemkens

Steve Hemkens—vice president of Orvis Rod & Tackle/Sporting Adventures—moved to Jackson Hole, Wyoming, last spring. This is the first Western season season Steve’s English Springer Spaniel, Cayenne, who learned to hunt grouse in the thick woods of Vermont and Maine. It looks as if she has taken to her new landscape just fine. 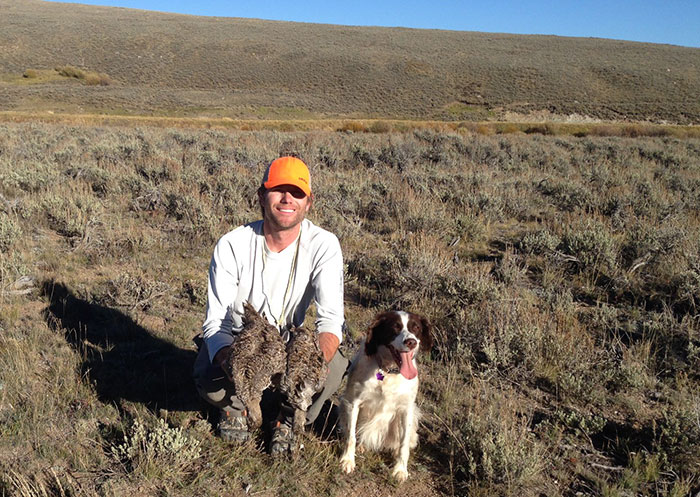 During the 10-day season for sage grouse, Cayenne showed her stuff on a new species for her.
Photo by Mike Hemkens