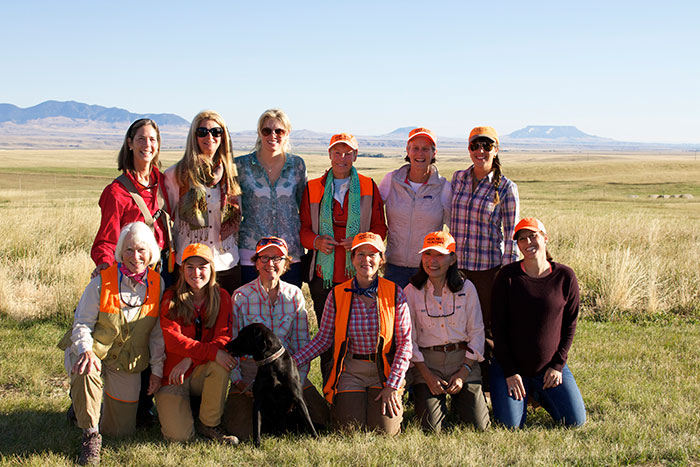 I cannot think of anything more rewarding than to hunt alongside exceptional guides, dear friends, and talented bird dogs. For five years now, my godmother has organized a three-day “Ladies’ Hunt” at the Sharptail Lodge—an Orvis-endorsed lodge run by PRO Outfitters—near Geyser, Montana. I look forward to this trip all year long, and each adventure is somehow better than the last. 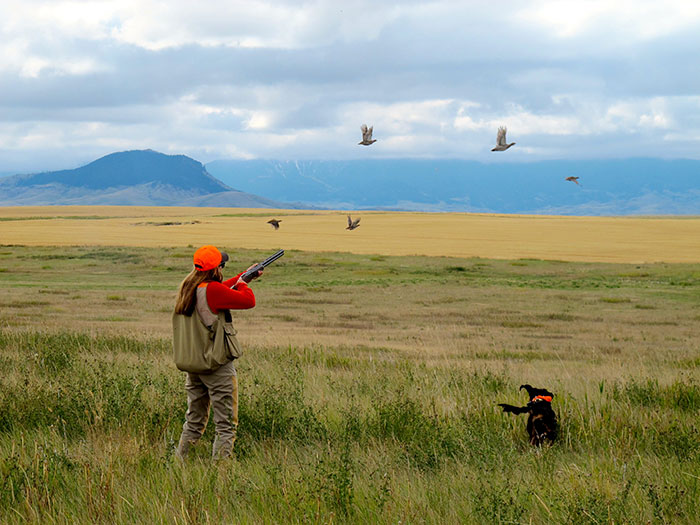 The author takes a shot at some sharptail grouse, which were beautifully pointed by Abby.
Photo by Martha Keck

Some hunting seasons yield more birds than others; since all of the game birds PRO Outfitters seek are wild, we are at the mercy of Mother Nature. That being said, the three days I spent at the Sharptail Lodge this fall were, without a doubt, the most bird-packed hunts I’ve ever experienced. There were often times when I couldn’t reload fast enough, as the covey rise continued long after my first two shots were fired. 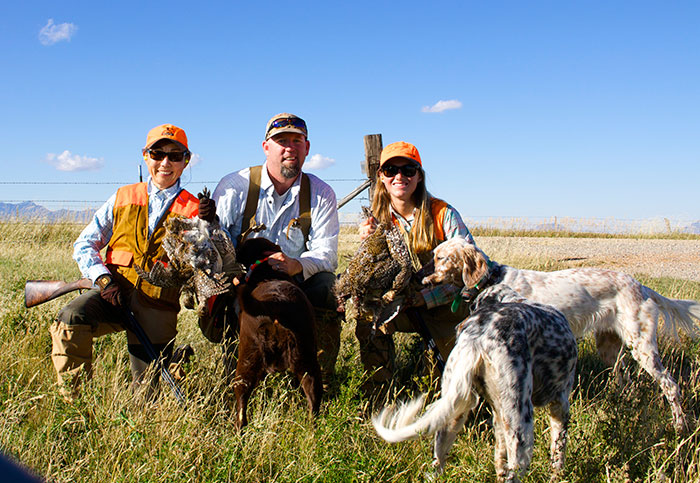 Patsy Ishiyama and the author pose with guide Pat Kane and his outstanding crew of labs and setters.
Photo by Phoebe Bean

Although it would be easy to take credit for a successful hunt based on one’s shooting abilities, the real heroes in the field are the dogs. Bringing down a few birds is great, but being able to watch those incredible animals doing what they love the most makes each hunt—”successful” or not—100% worth it every time. 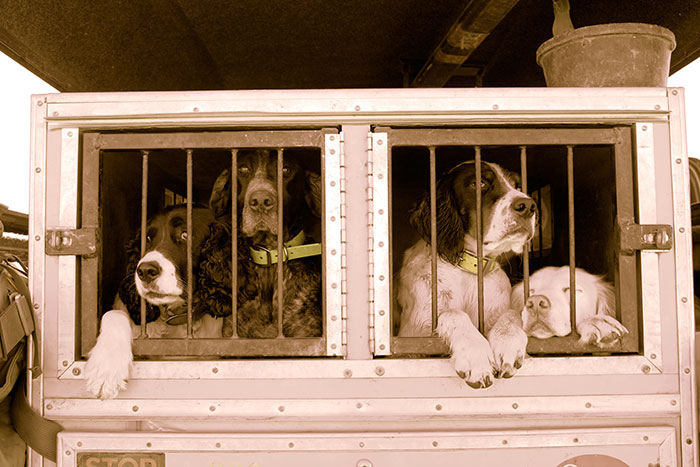 PRO Outfitters never fails to impress. The guides become family and the goodbyes at the end of the trip are anything but easy. Thank you, PRO, for continuing to help me create such special memories. See you next fall!

Phoebe Bean is an intern for Orvis Adventures. 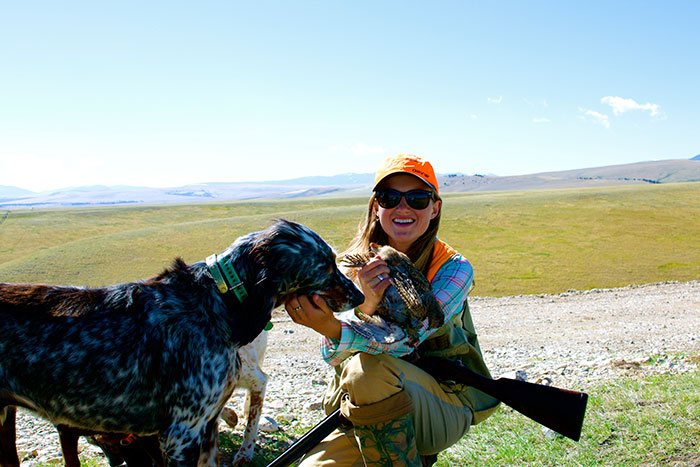 Big Lew proudly stands by as the author shows off the birds he found.
Photo by Pat Kane