On Friday, as my intern friends from school crunched numbers and tweeted “TGIF,” I had the privilege of visiting the beautiful Sandanona Shooting Grounds in Millbrook, New York. It’s how The Orvis Company does internships. 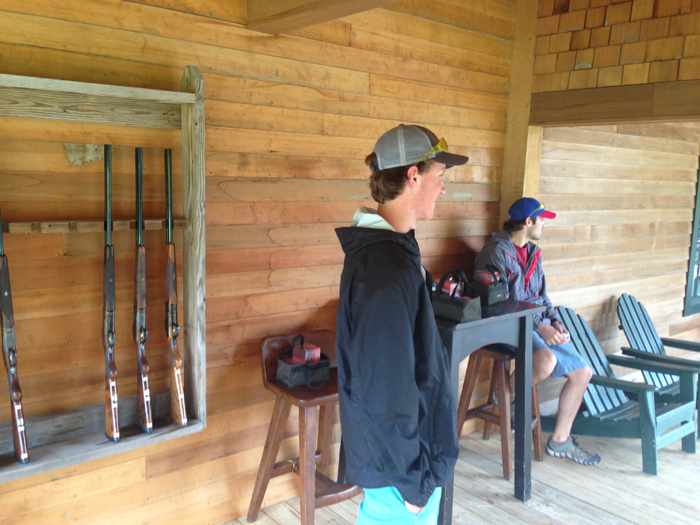 My two intern cohorts, Henry and Alex, wait out the rain on Sandanona’s beautiful porch deck.
Photo by Grant White

Three of us Orvis understudies were given the opportunity to put aside work for a day and experience the East’s top wing-shooting destination. Arriving at Sandanona, I was first struck by the secluded beauty and magnitude of the grounds. Nestled on 400 acres of New York’s finest upland bird habitat, the lodge is only a short side road and stream crossing from a popular turnpike. Yet sitting in an Adirondack chair overlooking acres of forests and fields, it is easy to feel transported to a different, more archaic time. But don’t be fooled by the rustic aesthetics: Sandanona boasts lavish modern comforts and technology that we rain-soaked interns happily lapped up. 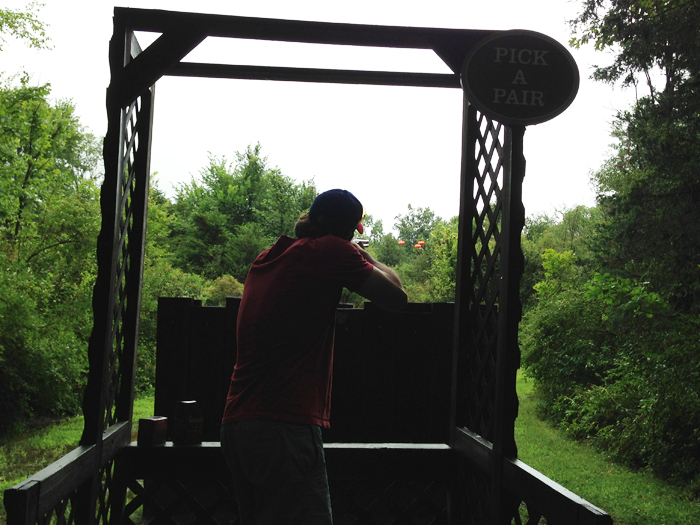 While the lodge and food are certainly added incentives, the main reason people flock to Sandanona is for its world-class wing-shooting, and it did not disappoint. Even a heavy rain storm couldn’t dampen the incredible shooting the course offers. Like typical interns, we quickly elected to bypass all of the available expert shooting instruction and jumped right into the action. Wielding shotguns and 100 shells each, we took on Sandanona. 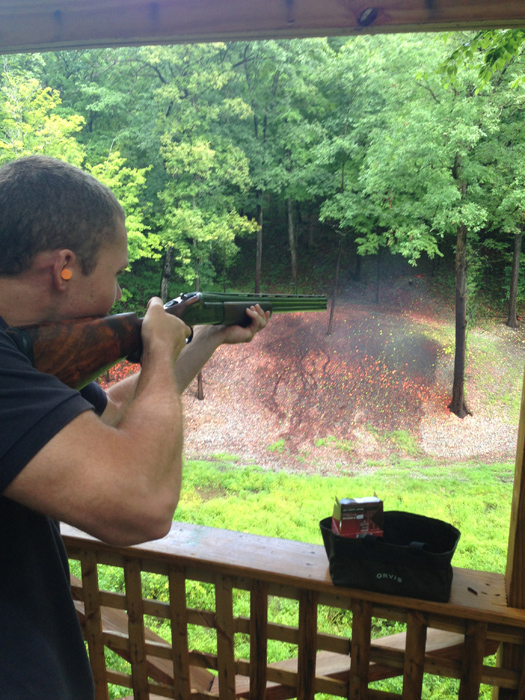 The author fires shell at a fleeting clay.
Photo by Grant White

Our very own guide was with us every step of the way, offering encouragement and firing up clay after clay. After traversing the wooded section of the course, we headed to a large corn field where we experienced a rapid-fire blitz of high flying clays overhead. Shooting the blitz was an exhilarating and adrenaline-filled experience that can only be compared to an actual live hunt.

Every station at Sandanona is different, and each one tests your skill in a different way. With clays flying at all angles, directions and speeds, the course designers have accurately captured the unexpected nature of upland bird hunting. Due to the course’s realism, many of my clay pigeons lived to see another day. But at the day’s end, I collapsed in our car with soaked clothes, a sore shoulder, and an immense gratitude and appreciation to Orvis and Orvis Sandanona for the incredible opportunity. 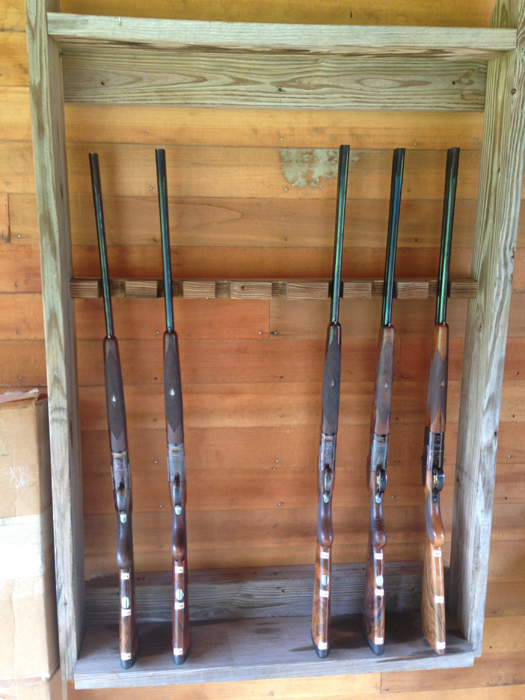 A row of shotguns plot their vendettas against the unfortunate clay-pigeons.
Photo by Grant White