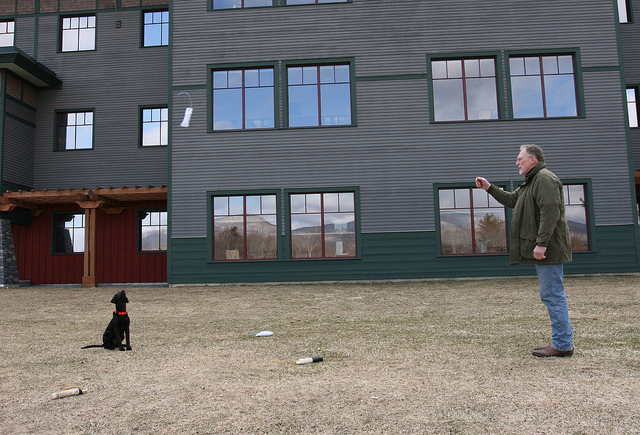 You, not the dog, should be in control of when he retrieves.
Photo by Tim Bronson

This is the fifth in a series of blogs looking at Sporting Dog and Retriever Training—The Wildrose Way, a book I worked on with Mike Stewart of Wildrose Kennels. It’s a remarkable book, and each week I’m going to touch on one aspect of the training. Last week, we talked about using scented tennis balls to develop good hunting skills and the use of the nose.

This week, I want to talk about achieving steadiness. I’ve already talked about this a lot, but that’s because it’s the foundation of a well-trained dog. A dog that does what it wants on its own is not going to be a satisfying hunting companion. It may do the right thing by instinct, but if it does the right thing at the wrong time, that’s not going to work out too well in the field, particularly if you happen to be hunting with other hunters and dogs.

We’ve already talked about the differences between my dogs Pickett and Murphy and how Pickett struggles with steadiness due to my inept training methods 10 years ago, versus Murphy who is much better due to the fact I was training him with Mike’s methods while in the process of working on this book.

There are three basic methods to gaining steadiness and all three work in concert with each other. These are Denials, Delays, and Diversions.

This is very simple. At least half the bumpers, if not more, that get thrown or put out get picked up by me. From the very first day I put Murphy on a lead, I would toss bumpers in front of him–and then I would go and pick them up while he had to sit quietly and watch. Every drill we did of the hundreds of drills that involved bumpers, he would be denied many of them and rewarded with his steadiness by getting one or two of them. This hasn’t changed even now that he is approaching three. Once I got him steady at sit as a pup, I would toss bumpers all around him, roll tennis balls in front of him, and he was not allowed to move. I would then pick up all but one or two of them if he was steady, and he would then be rewarded with a retrieve. (It is important to note that a retrieve as a reward for a retriever is about as good as it gets for him).

The point is that, from day one, Murphy learned that I was in control of the retrieves, and if he was going to get one, it was coming at my command, not his desire. This was ingrained from the start and has paid dividends in his steadiness. Not surprisingly, when birds get involved, his desire can somewhat overwhelm him at this young age, but he can be controlled because it was built in from the start. He will only get steadier with age and experience, and that has proven true over the past driven-shoot season.

I discussed this at length in a previous post on not throwing marks, but using what Mike calls “memories.” Very simply, this is a method that is used throughout the Wildrose training to build in an automatic delay and the understanding by the dog that the retrieve command comes from the trainer and only when patience is displayed. The former post explains this in detail, so I won’t repeat myself, but it is perhaps the most pervasive tool used in the Wildrose training methods and is found in almost every drill from puppyhood to finished dog and beyond.

Once a dog is steady at your side, the next step is to get them steady when they’re not at your side, but on the run toward a mark or downed bird. A dog that gets distracted during the action and diverts to another task is not a well-trained retriever. While he may eventually bring back a bird, it could be someone else’s bird, a dead bird while a wounded one is escaping, or even no bird. The point is, when a dog is sent for a bird, that’s the bird he needs to go straight to and bring straight back, even when other birds are shot and falling or flushing in front of him. Otherwise he’s in control (or out of control as it were), and you are not.

There are three sketches here from the book that highlight diversion training. One is a diversion when he’s returning, one is just before he is released to get the mark or long bird/short bird, and one is when he’s going out. In each case, the diversion is first thrown in an obviously opposite direction to keep his attention focused on the task at hand, but then as you progress, it is steadily thrown closer and closer to him during the drill. This serves two purposes. First it is less distracting at first because it is not near his focus point, and secondly if at first he breaks for the diversion, you are in a position to step in and stop him from going after it. By the time the diversions are near him, he should be acclimated to them and focusing on the task at hand. 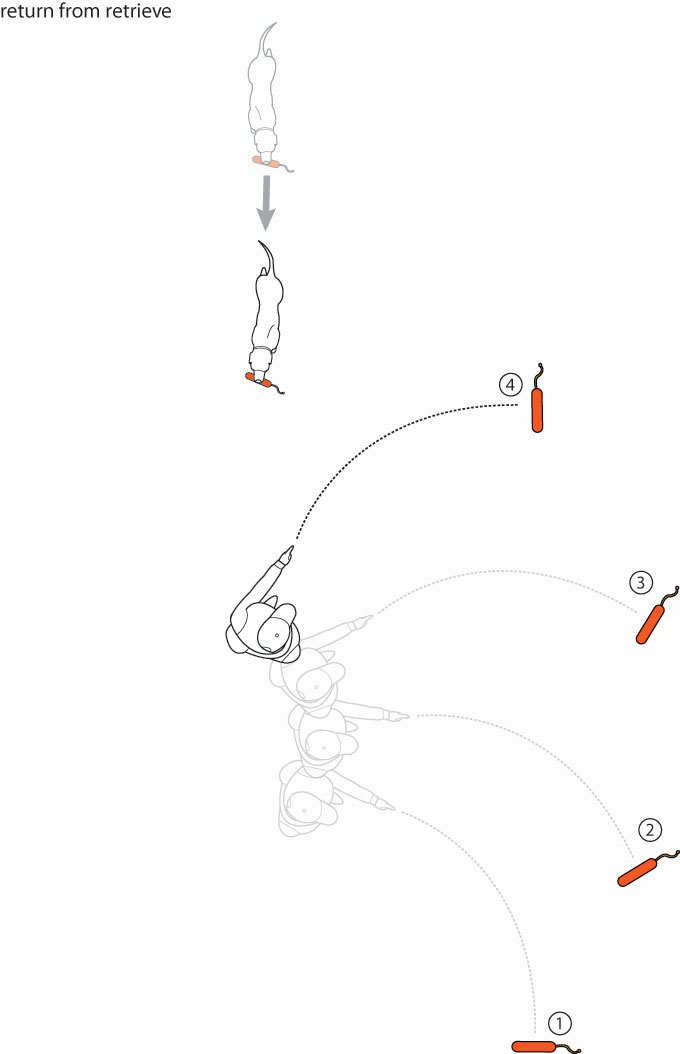 Returning – In this drill, the diversion is thrown as the dog is returning, the point being he continues directly back to you, ignoring the second bumper. Start with the bumper being thrown back away from the dog and work forward, so you can keep him from diverting if need be. 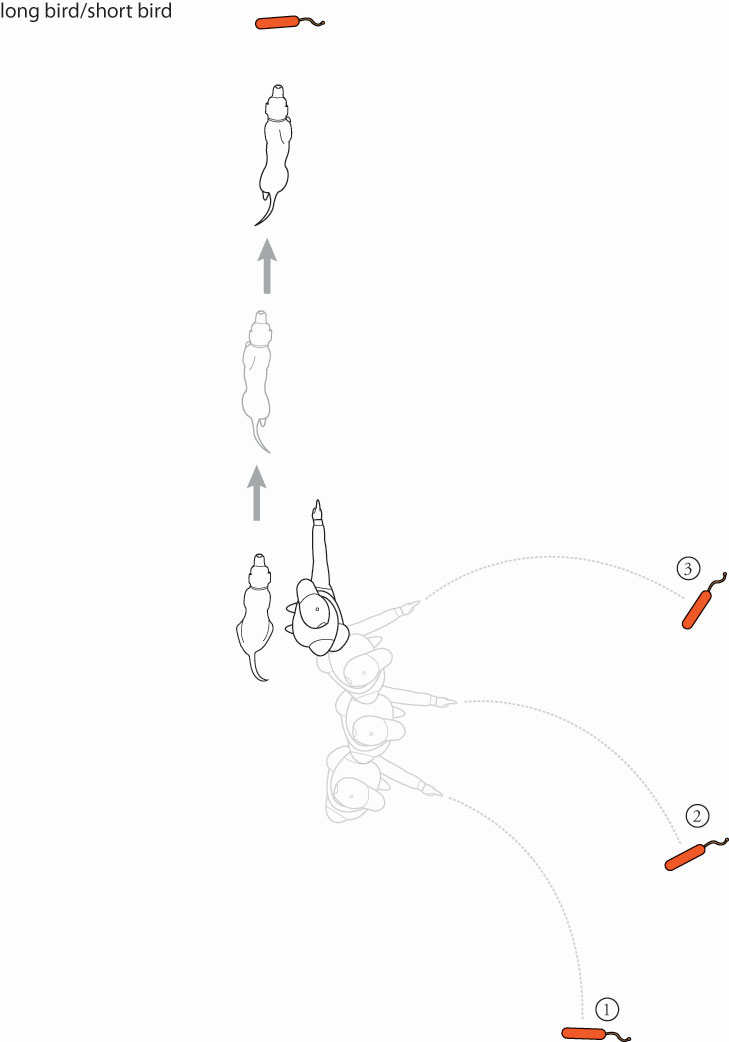 Long Bird/Short Bird – This is the second level, where the second bumper is thrown a shorter distance away before he goes and after the original memory is set up. The idea is to ensure he goes out after the memory to which he was directed, ignoring the short thrown bumper off to his left or right. 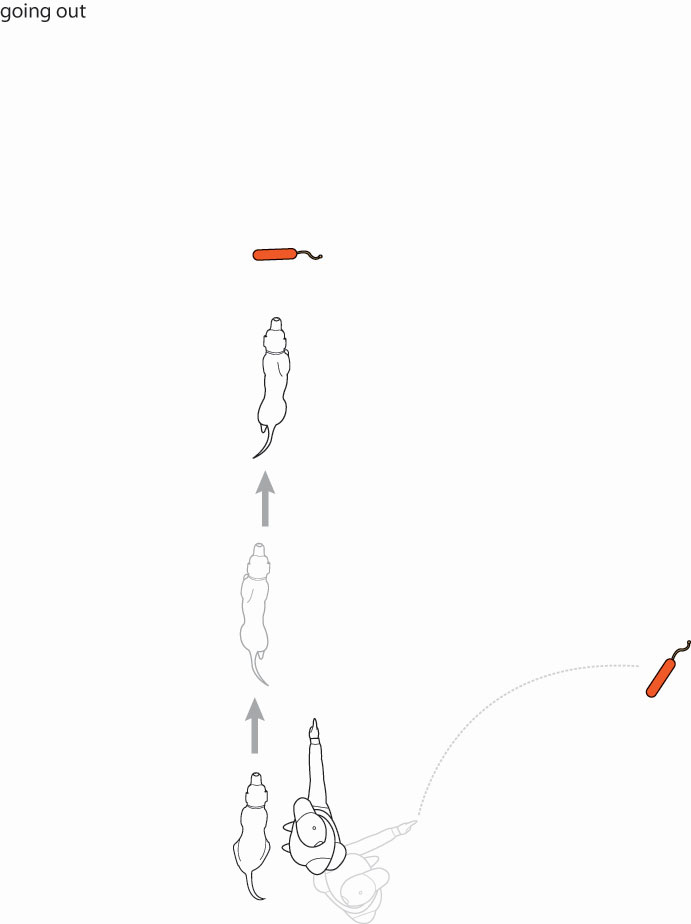 Going Out – This is the third level and the most challenging, as he must focus on the memory even when birds are falling around him. Again start by throwing the bumper wide to his line as he leaves and then working in toward him. Make sure he is solid on the other two before doing this one.

It is also important to note that a diversion is always a denial. Once he returns successfully with the bumper and is sitting, then YOU walk away and pick up the diversion. The only time he gets to pick a diversion is if it’s in the water and then only after you have walked him away from the original point to a totally different angle or opposite shore and then it becomes a memory.

If you use these methods consistently from day one in every drill and every training session, you will ultimately have a dog that is calm, steady, and focused on the task at hand.

Paul Fersen is the Senior Managing Writer for the Orvis Company and worked with Mike Stewart as co-writer and editor for Sporting Dog and Retriever Training—The Wildrose Way.