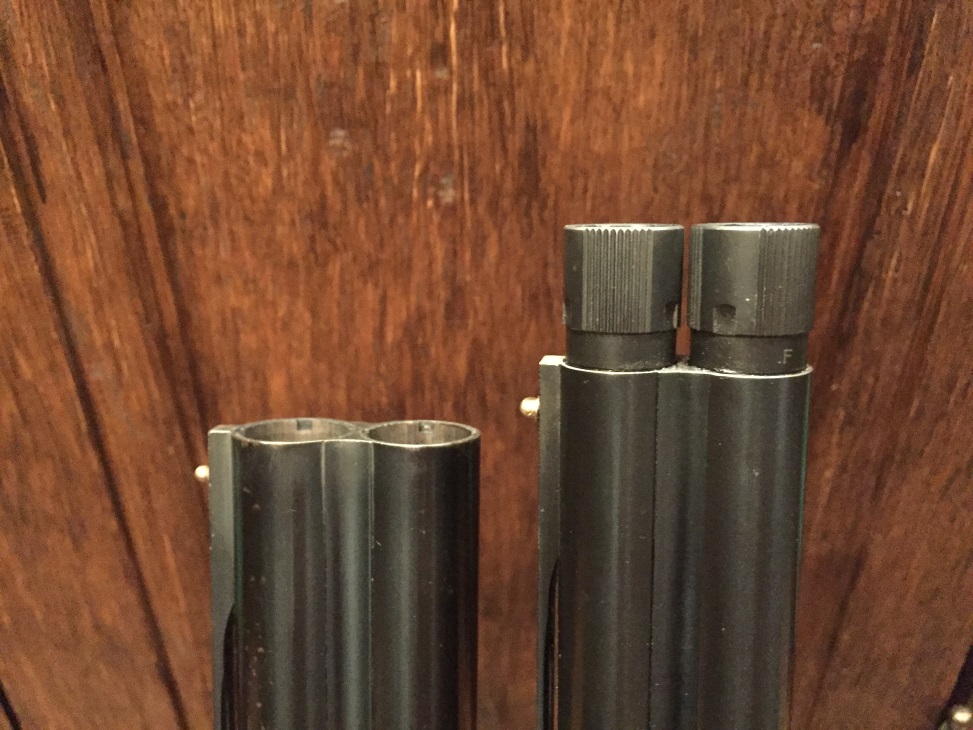 Have you ever wondered what your guide was looking at when he checked the end of your shotgun for choke tubes? Have you even wondered how they affect your shot and success rate?

Choke tubes come in four standard sizes. These are commonly known as Cylinder Choke (C), Improved Cylinder Choke (IC), Modified Choke (M), and Full Choke (F). When screwed into the end of the barrel, choke tubes reduce the bore size of the barrel. This tends to keep the shot together for a longer distance, which results in more accuracy at greater distances. The Cylinder Choke is the most open, and the Full Choke is the tightest. Most upland bird hunters use Improved and Modified Chokes in the field. 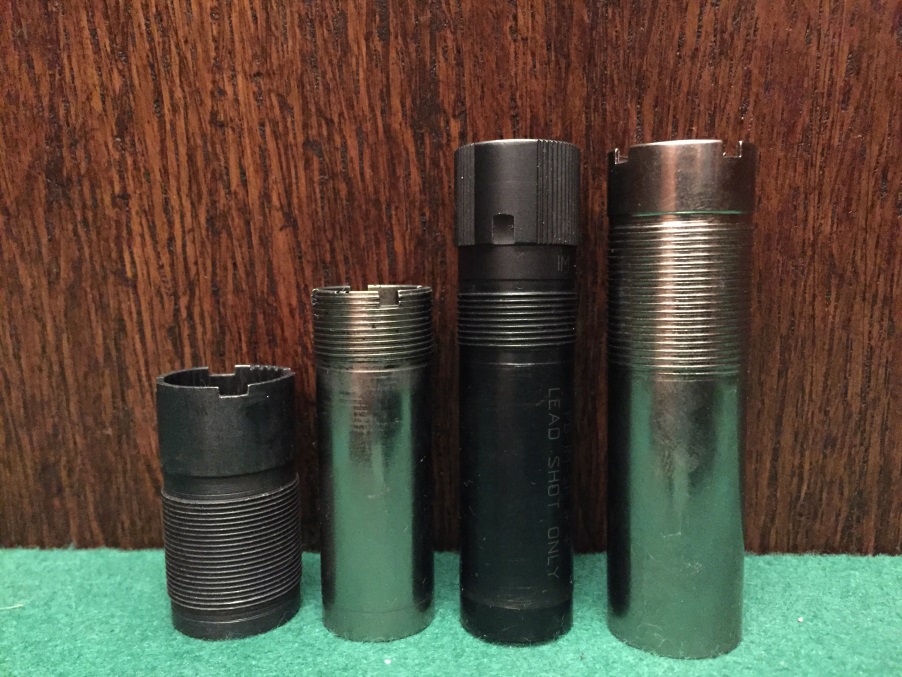 It is important to pattern your shotgun and choke tubes at various distances in order to familiarize yourself with what a successful shot looks like. This is done by shooting at a paper target, and then drawing a circle around the core pattern. The pattern should be even and concise. If the pattern is too thick, the choke is too tight for that distance. If the pattern is too spread out, the choke is to open for that distance.

For example, at 25 yards, your Cylinder Choke is going to be very spread out. The majority of the pattern is outside of a 20-inch-diameter circle. In comparison, a Full Choke at 25 yards is still going to be very tight with only a 20-inch circle needed to encompass most of the pattern. In the examples below, a 12 gauge shotgun was used. All shots were 7.5 shot from 25 yards. The circle is 20 inches across. 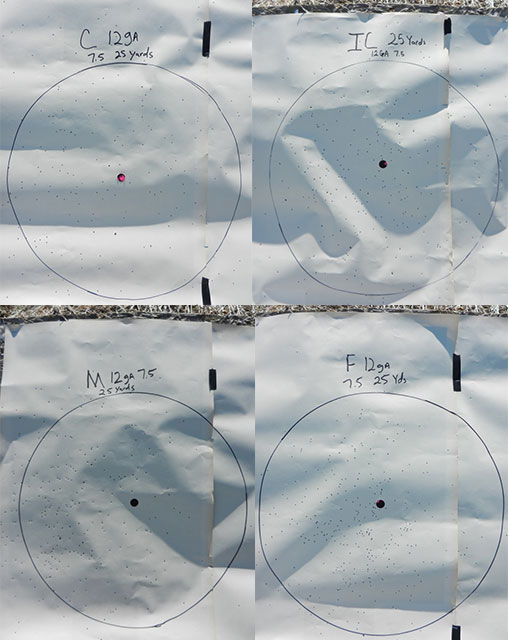 You can see how the pattern narrows as you go from Cylinder to Full.

In order to choose your chokes, you want to predict how far away your shot is going to be. A flushing covey of quail might present as a 25-yard shot on the first shot and a 35-yard shot on the second shot. Knowing which choke tube is where and which barrel you are shooting first will help you plan a more successful hunt.

Jennifer Miller is the marketing manager at Greystone Castle, 2015 Orvis-Endorsed Wingshooting Lodge of the Year, in Mingus, Texas. 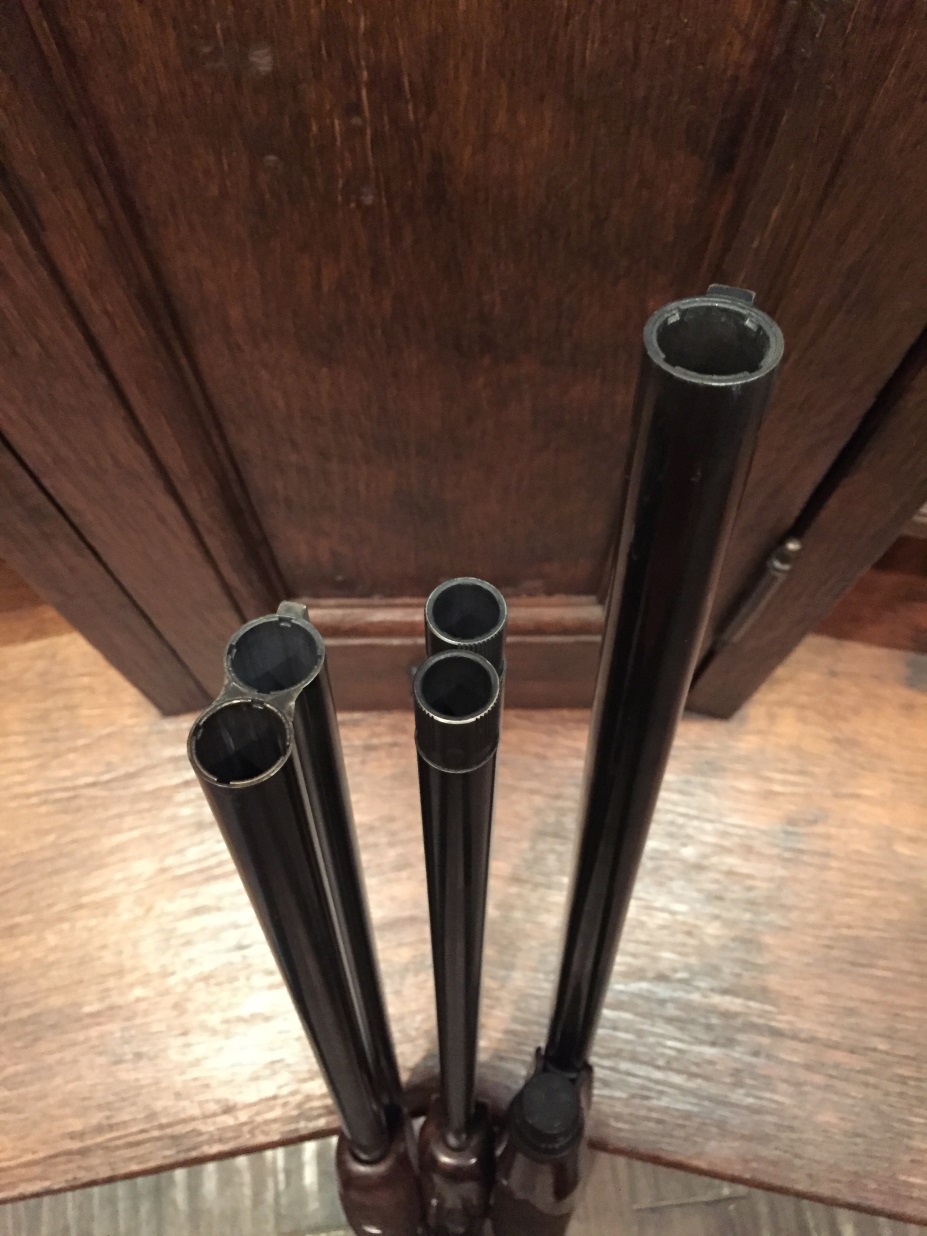 2 thoughts on “The Truth About Choke Tubes”