Story and photos by Bob Dagley 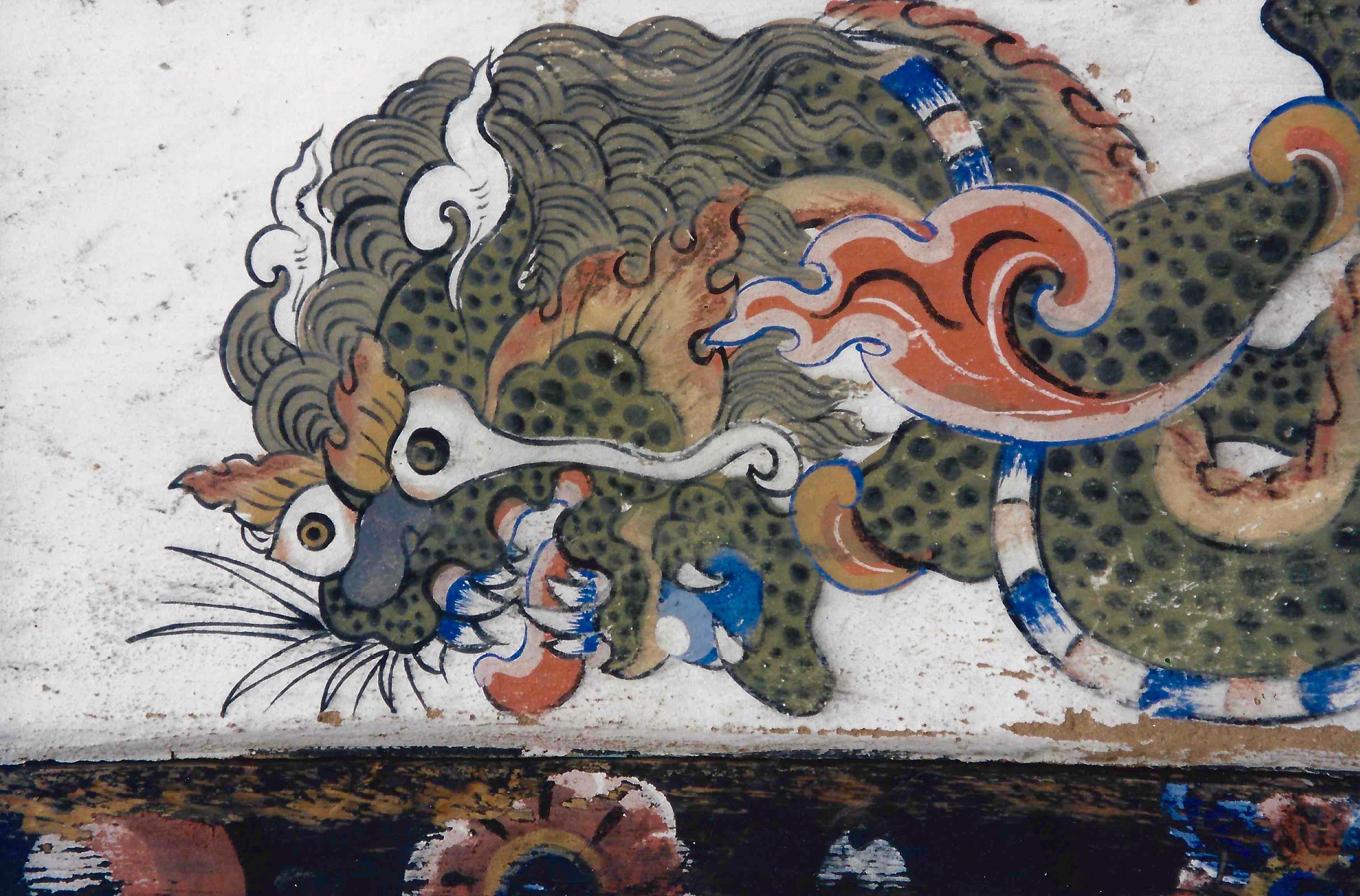 Wild, remote, and astonishingly beautiful, this mystical kingdom in the Himalayas is anything but overrun by anglers.

Truth be told, we came not to fly fish, but to visit with Bhutanese fly tiers and fabric weavers.

The year was 2001 and a trip to Bhutan, in a virtually untouched corner of the Himalayas, was an enviable assignment. It was also a rare opportunity. The mysterious, high-altitude mountain kingdom, wary of outside influences on their culture, was allowing only a relatively small number of visitors—a few thousand a year—inside their borders. Purposely stuck in an earlier, simpler century, Bhutan unveiled itself as an unspoiled frontier with a mystical, rarified air. We left behind cell phones, laptops, and TV, immersing ourselves instead in the charm and beauty of the people, the land, and a culture unmarred by the outside world. It’s a land where maroon-robed Bhuddist monks, yaks, endless strings of prayer flags, fortress-like dzongs—all encircled by snow-capped peaks—coexist peaceably and happily.

But first, to get there. 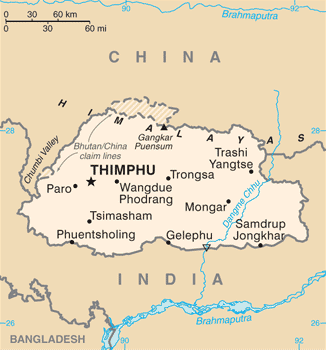 Bhutan lies along the spine of the Himalayas, between China and India.
Map via Wikipedia

After an inspirational trek in Nepal, complete with Sherpa porters, which afforded us spectacular views of the Annapurna massif, we flew from Kathmandu to Paro on Royal Bhutan Airline. The flight provided a breathtaking view of the peaks of Everest, Makalu, and Kanchenjunga, as they seemingly floated on a sea of clouds.

The descent into Paro from our perch atop the world was heart-stopping.

With my face pressed hard against the plane’s window, so as not to miss a single sight, a hole appeared in the blanket of clouds. The plane, with its wings nearly vertical to the ground, dove through it like a kamikaze pilot dropping out of the sky. When we broke through the other side, an impossibly small runway in a narrow valley, tightly circled by a wall of mountains, came into view. Our white-knuckle, prayer-filled approach had begun.

The pilot’s voice attempted to calm us as the plane did a too-real imitation of water circling down a drain, “In the process of landing you may see mountains much closer than you have seen before. This is normal procedure for landing in Paro.” 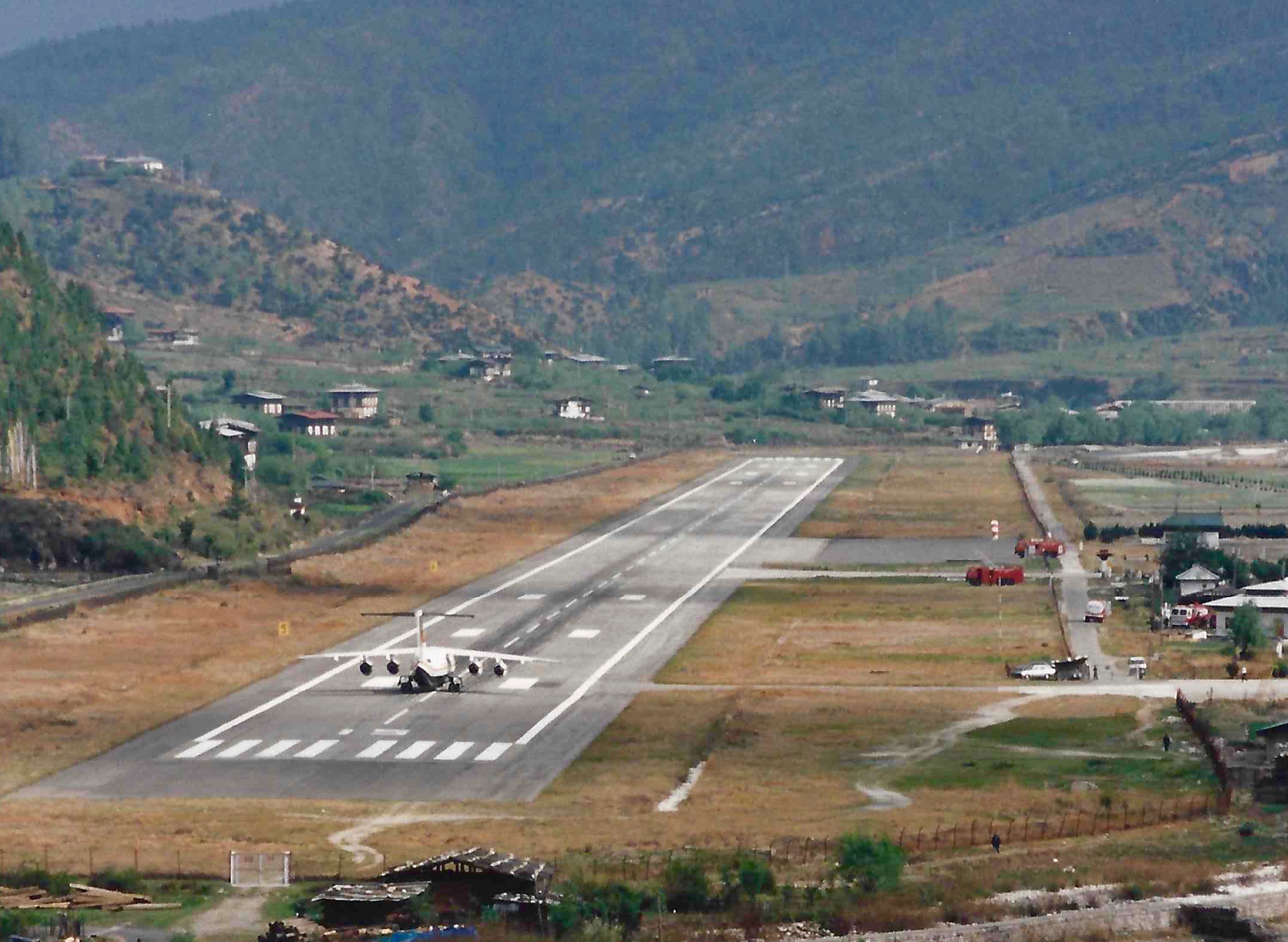 Landing at the airport in Paro is a harrowing experience.
Photo by Bob Dagley

Indeed, it seemed as if our wings were scraping the sides of the mountain as the pilot swung the plane back and forth to get into position to land. A landing that took place—most successfully—with the nose of the plane pointing practically straight down.

We applauded wildly, as much to break our fear as to reward the pilot’s skill in getting us on the ground in one piece.