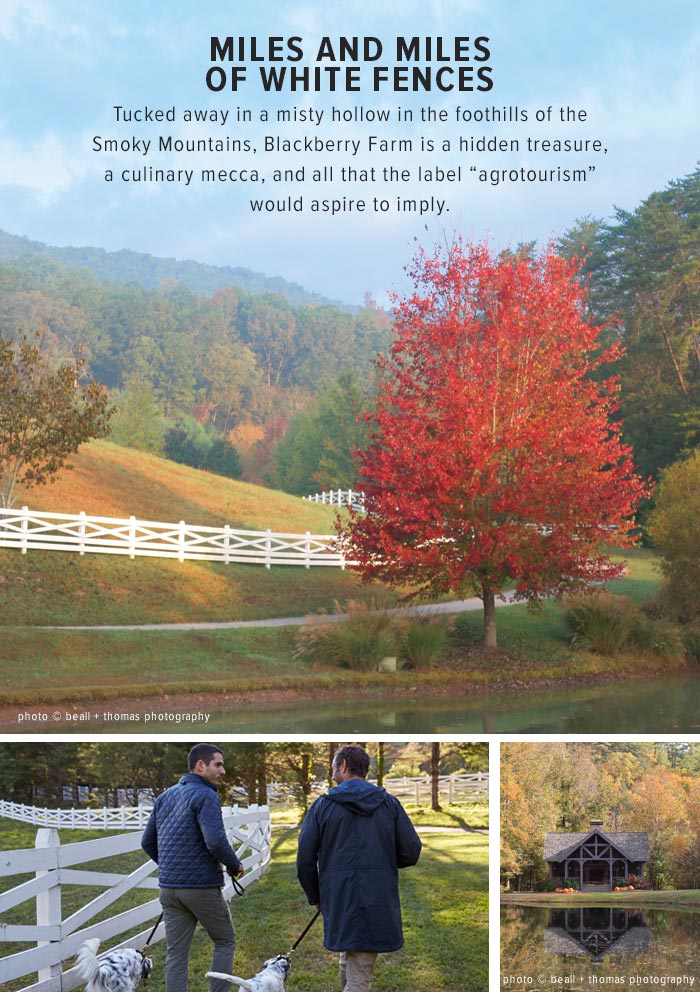 Driving into Blackberry Farm following a midnight flight to Knoxville, the first thing I noticed was the gleam of seemingly mile after mile of pristine white fence through the pitch-black dark. The only thought my sleep-befuddled mind could form was, “That’s a LOT of fence…how many miles of fence is that?” I spent the next five days posing this (and many other queries) to the gracious staff of the farm. Almost to a person, the response was, “Now, that’s a great question!” But nobody seemed to actually know. It became a group teaser—each time we drove through the gates, someone on our team would ask about the progress of my quest and throw out their own guesses.

“It’s got to be at least nine miles!”

“Nah, more like fifteen, look how many linear foot of board there is!”

I asked the Master Gardener, the Adventure Manager, the Activities Director, the guy carrying baskets of produce into the kitchen. Finally, at the close of our final day at the Farm, I got the answer from Mallorie, the Farm’s stalwart PR gal who went above and beyond any call of duty the whole week to make everything perfect for us. According to the Property Manager, there is just under 11,000 feet of fence. That’s about two miles, but somehow, it sure looked like whole lot more.