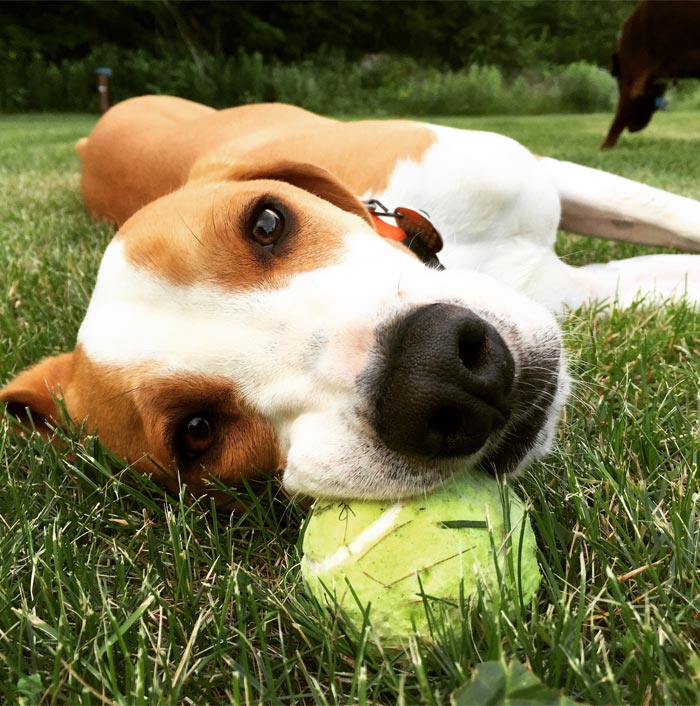 Wendell is just one of many dogs at Orvis who came from a Petfinder-supported shelter.
Photos by Jett Brooks

He was lanky and far too thin, with a respectable fight wound across his pink nose and an unmistakable kindness in his eyes. He did not bark, or wag his tail, or even stand up in his crate when we entered the shelter. He rested his chin on his front paws and watched us closely, but without hope or enthusiasm. “He’s the one,” my husband said. I looked closer at the white spot on his floppy right ear. He was the one.

During his first week at home with us, Wendell was neither skittish nor particularly brave. When outside, he stood on our well cap, more comfortable with the familiar feel of hard, cold plastic than the feel of grass underfoot. He never barked or whined, but made a strange sound reminiscent of Chewbacca’s moaning when he was feeling playful. His ears were huge and droopy, but his tail was short and perfectly straight. He never left our older dog’s side, and she never let him explore without her. She raised him. He kept her company. She was the reason we got him, after all. 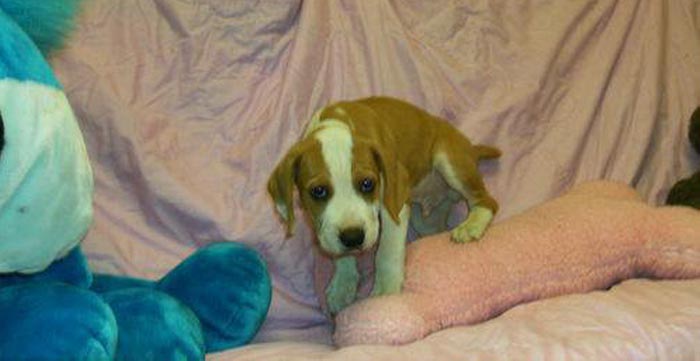 Bailey was eleven years old, and her age was becoming more obvious every day. She was, and still is, the best dog in the world. We never expected to like a second dog half as much as her, nor did we feel the obligation to do so. But we wanted her to have a companion and to enjoy a playmate before she got too old. “We got him for you,” we would remind Bailey whenever she looked at us with desperate eyes, pleading to return to the days of being our one and only. And we were, at least partially, telling the truth.

Quickly, the Foxhound/Pointer/whatever-he-is could run faster and farther than his Lab/Hound sister. He started to take up the majority of their bed and passed her in height. He grew more independent and adventurous. And his respectable nose scar became a tiny thin scratch, hardly detectable.

Wendell still doesn’t leave our older dog’s side. He wanders about looking lost and confused when she isn’t home, and wiggles uncontrollably when he sees her. His presence has made Bailey act younger and made it easier for us to watch her grow older. And eventually—maybe even immediately—he grew in our hearts and taught us that we could love him almost as much as his older sister. 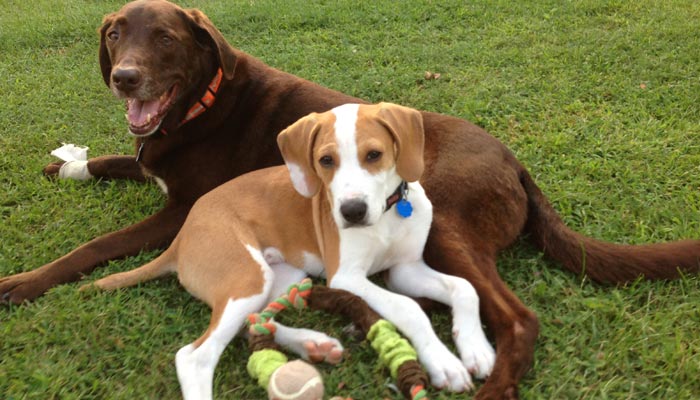 The relationship between Bailey and Wendell has been beneficial and therapeutic for both dogs.

I am one of many Orvis associates who adopted a pet through the Petfinder Foundation. Mocha, Logan, Brody, Reggie, Ace. . .these are just a few of our rescued dogs. Some of us fell in love with puppy photos on Petfinder.com, while others met our canine companions at Petfinder-supported adoption clinics or shelters. Petfinder helped us find allergy-friendly pups, purebreds and mutts, cats, and even a mini-horse (yes, a mini-horse). We are all proud to support an organization that strives to ensure that no pet is euthanized for lack of a home.

In 2015, the Petfinder Foundation is one of our four Matching Grant recipients. This means that when you donate to Petfinder, we match your donation. It’s that simple. Join the fun at orvis.com/petfinder.