Modesty Creek was reconnected to the main-stem Clark Fork River for the first time in over six decades.
Photo courtesy Clark Fork Coalition

True to its name, Modesty Creek is not giving up its secrets. Not yet, anyway.

Recently reconnected to the mainstem Clark Fork River in southwestern Montana, this small spring creek is still settling into its new digs after spending the last 115 years in an irrigation ditch. Within a month of its reunion with the Clark Fork last fall, brown trout moved in and spawned. What’s happened since then? We honestly don’t know. The last time fish from the river could access this creek Theodore Roosevelt was in office. So, first-hand accounts are kind of off the table. How do we fill in the blanks?

First, let’s back up.

More than most Montana rivers, the Clark Fork has been the backbone of the state’s major industries. Originating just downstream from the “richest hill on earth” in Butte, it was the workhorse for one of the largest mining operations in the world. When demand for resources grew with the mining boom, tributaries like Modesty were diverted to sustain large-scale agricultural operations in the Deer Lodge Valley. At the same time, the insatiable need for timber to build mines, mills, homes, and railroads fueled a lucrative logging industry, which required extensive networks of streamside roads to access and remove timber from the wilderness.

That sustained, intensive industrial use over a century and a half took a big toll on the river. But one of the most devastating impacts occurred over the course of just two weeks in the spring of 1908, when Montana’s largest-ever flood swept through the region. The mining boom was at its peak, with 324 active mines operating in Butte alone. Rich as they were, those mines produced enormous amounts of waste, and were surrounded by land that had long-since been stripped of trees and vegetation. When the torrent hit, tens of millions of tons of material from the waste piles washed directly into and along the Clark Fork, polluting the floodplain for 56 miles. In addition to arsenic, lead, cadmium, manganese, iron, and zinc, the deposits – ranging from one to five feet deep –included massive amounts of copper, which is highly toxic to fish and aquatic life. Over the last century, this nearly inexhaustible supply of contaminants has repeatedly leached into the river, killing fish and creating dead zones in the floodplain. 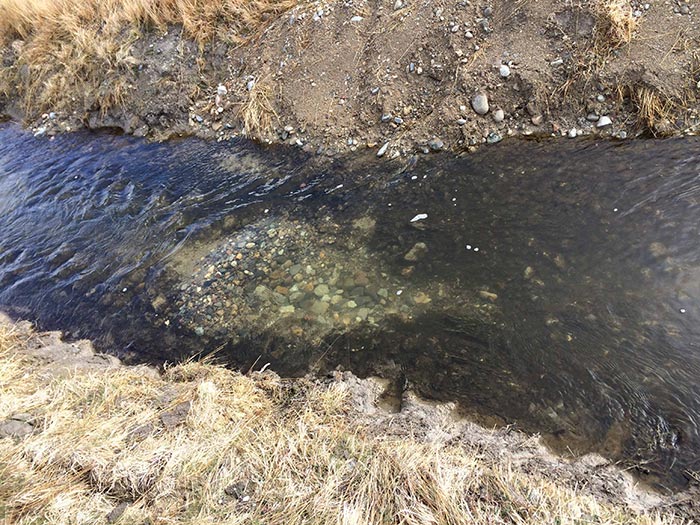 It took decades of citizen action, but today the Upper Clark Fork is finally getting the help it needs. A large-scale cleanup effort is removing the worst of the contamination, rebuilding river banks, revegetating the floodplain, and healing the river.

That’s great progress – but it’s not enough to fully restore the fishery.

Trout don’t just need clean water in mainstem rivers. They also need cool, clean, plentiful water in the tributaries for spawning and shelter. The headwaters of some Upper Clark Fork streams still hold genetically pure populations of native trout. But if they can’t reach the river due to de-watering or irrigation barriers, or if spawning beds are clogged by road runoff or silt from crumbling banks, or if water temperatures exceed lethal levels, they cannot thrive, much less repopulate the fishery.

The Clark Fork Coalition created the “Eight Gr8 Trout Streams” campaign to re-water, rehabilitate, and reconnect eight of the most important of these tributaries in the Upper Clark Fork basin. One of them is Modesty. More than 100 years ago it was diverted into an irrigation flume and entirely cut off from the Clark Fork. Its former channel met the river precisely where major cleanup was underway in 2015. With the blessing of local irrigators and support from cleanup contractors, machinery already working in the floodplain was used to dig a new channel to bring Modesty and the river back together again. Within 48 hours, native trout and other fish were using the creek, and just weeks later the browns had built their spawning beds.

But that’s all we know. The Modesty-Clark Fork reunion is still in its honeymoon stage and no one who last saw them together is still around. Did the browns succeed? Are trout fry hiding in Modesty’s new gravel beds? What percentage, if any, survived? We’ll need some help to find out. 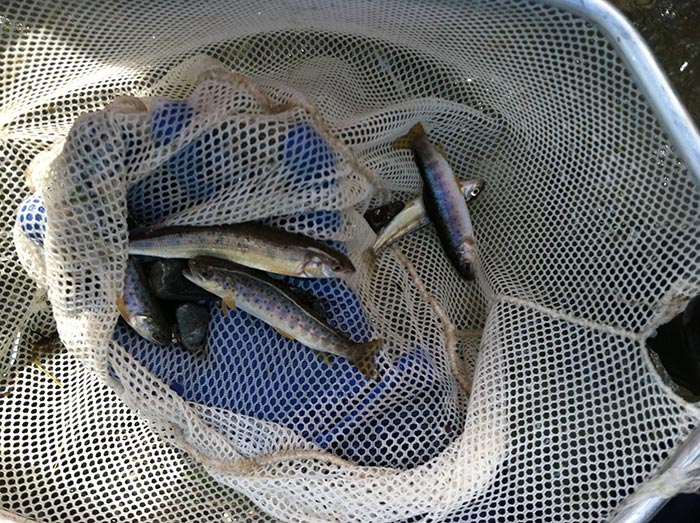 Fortunately, Orvis customers can provide it. Your support of the “Eight Gr8 Trout Streams” Customer Matching Grant will allow our research partners at the University of Montana to explore the stream firsthand – literally face down with wetsuits and snorkels – to get a fish-eye view of Modesty’s recovery. That data is essential not only to monitor restoration progress, but to help us understand what’s needed to restore other high-priority creeks in the valley. Such research is not included in funds earmarked for large-scale mine waste cleanup. That’s why your help is so important.

What else might Modesty Creek have to teach us? What comes after “they came, they spawned?” And how might this fishery respond when all eight creeks are re-watered, rehabilitated, and restored? We can’t wait to find out. It’s a rare opportunity to rebuild what promises to be a world-class trout fishery. We hope you’ll come along for the ride.