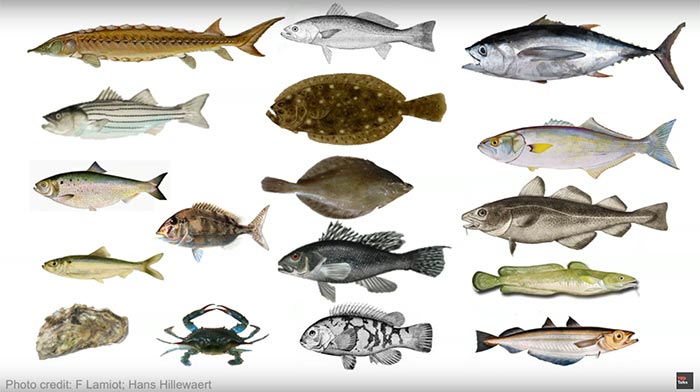 If you’ve ever stood at the fish counter in the grocery store or the seafood market wondering what to take home dinner, has it ever occurred to you where these fish come from and how they keep coming? Probably not.

This is the first of two TED talks on the extraordinary effects of human consumption of fish on the ocean. What is remarkable is the sheer scale of what we take out of the ocean and what has happened over the past 50 years in terms of the technology in targeting those fish. Among the other rather astounding and disconcerting facts is that we pull and consume the equivalent of the human weight of the population of China from the oceans in seafood each year. Think about that. Add aquaculture to that, and it becomes twice the human weight of China. Think about what this is doing to the ocean, and then watch this short talk by Paul Greenberg to learn how we can change this, have our fish and eat them too, and perhaps save the oceans before it’s too late.

Click here for more information on this TED talk.

Paul Greenberg is the author of the James Beard Award-winning New York Times bestseller Four Fish and a regular contributor to The New York Times. He has also written for National Geographic Magazine, GQ, The Times (of London) and Vogue, and he lectures on seafood and the environment around the world. He is currently a fellow with The Safina Center and a Pew Fellow in Marine Conservation.