Jack Williams Chris Wood, TU’s President and CEO, talks with TU’s senior scientist, Jack Williams, about the looming possibility that the Federal Drug Administration will give approval to genetically modify salmon for human consumption. Could trout be the next animal to be genetically modified for food?

Click here to listen if you cannot see the player.
Read More

A couple of years ago, Eric Rickstad and I made plans to go to Montana in late April for the Orvis Western Guide Rendezvous. As soon as our travel plans were finalized, Eric started talking about a river I’d barely heard of. “We gotta hit the [REDACTED] River,” he said. “I’ve heard lots of whispering about some big browns there in spring and fall, but I’ve never had the chance to fish it.” When I mentioned that I hadn’t heard any such rumors, Eric just said, “Exactly,” and smiled knowingly. The possibility that there was an “undiscovered” river anywhere in Montana. . .

Start your Monday on a calming note with this performance of Franz Schubert’s Trout Quintet, written when the composer was just 22 years old. Those of us who love fly-fishing for trout can appreciate the mood of the piece. It is a series of variations on Schubert’s earlier song “The Trout,” which begins (in German, of course): . . .

Developing a product and getting it on the shelves of a store or the pages of our catalog and website is merely one step of many in the life of a successful Orvis product. Of the thousands of products Orvis has developed in more than a century-and-a-half, many hundreds of them have become customer favorites. And many of these favorites have achieved this status due in large part to customer comments and reviews. In short, it’s our customers who, by commenting on the good (and bad) attributes of our products, ensure their success.

As you sit around trying to digest your seventh piece of pumpkin pie tomorrow, exercise your eyes with some great videos that will have you dreaming of wetting a line. Have a great holiday, and we’ll see you back here on Monday. (Three more videos after the jump.)

Last week we ran my first trivia quiz (if you have not yet taken it, you still can, here)and the response was fantastic. Let’s see if you do as well on this one. Click on the banner with my picture, below and good luck!

Chris Wood, TU’s President and CEO, talks with Steve Moyer,TU’s Vice President of Government Affairs, about upcoming legislation that is important to sportsmen. Steve gives an insider’s look into lobbying in Washington, D.C.—how it works and how people who care about trout and salmon can make their voices heard.

If you cannot see the podcast player above, please click here to listen.

Gary Harpole of Harpole’s Heartland Lodge and I were talking Friday, and he was pretty enthusiastic about a new 450-acre farm that he just added to the other 2,000 acres in his upland program.

“This is all CRP land in native grasses and has been managed for wild quail in the past. It has gently rolling hills and some tree lines and fencerows, and has that kind of ‘hunting Uncle Charlie’s’ farm feel to it. It’s only ten minutes away, and we’ve been improving it with food plots. Our upland hunters. . . 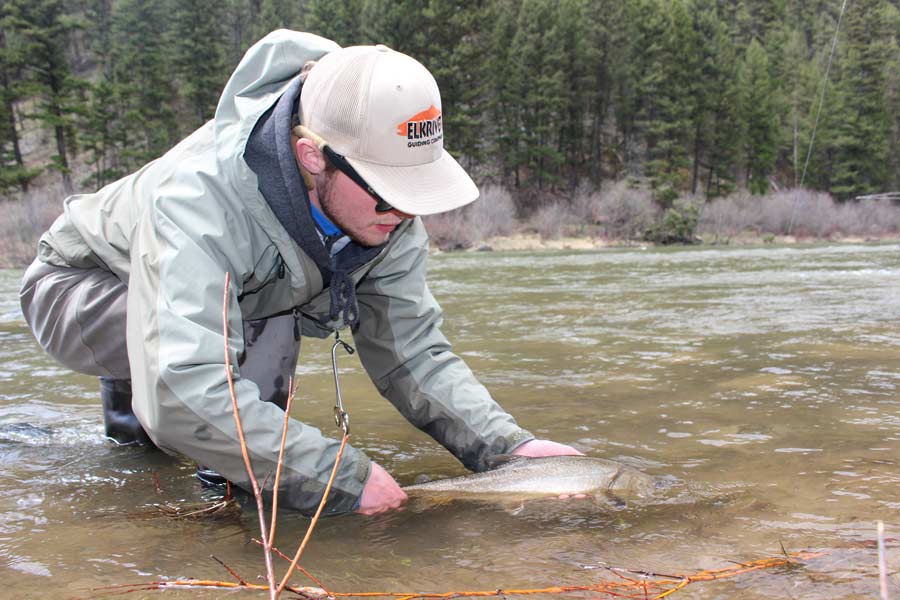