Smallmouth bass are some of the most fun fish to catch on a fly. They hit hard, fight hard, jump, and are more than willing to take a fly. Catching smallies on the fly is something that I love to do, and the springtime is my favorite time to do it.

Smallmouth bass start switching into spawn mode at about the same time as the. . .

The latest issue of Catch Magazine features a cool video of fishing for golden dorado in the backcountry somewhere in South America, as well as the usual assortment of fine photography from Argentina to Tanzania to Montana. [Click “Read More” for even more links.]

It’s been an exciting spring on the Upper Clark Fork. The Clark Fork Coalition and Trout Unlimited each hired additional staff to work specifically on restoring priority tributaries in the upper basin—so a big welcome is due to Andy Fischer of CFC and Casey Hackathorn of TU.

Winter has been holding on a little longer this year across western Montana, and the snow just keeps on falling. But the cold hasn’t kept CFC staff from hitting the field to work on dozens of projects in the upper river. Here’s a quick overview on tributaries receiving funding through The Orvis Commitment:

Welcome to another edition of the OrvisNews.com Friday Film Festival, in which we scour the Internets for the best fly-fishing footage available. This week, our selections take us from Utah to France, from Argentina to Wisconsin, and on a jaunt around the globe. Plus, we answer the question, “Can carp fishing be beautiful?”

Matt Canter is a fishing guide and manager of Brookings’ Outfitters in Cashiers, North Carolina. The other day, he sent us a report and some pictures from a recent camping trip with his buddies in Great Smoky Mountains National Park. It seems like a trip that exemplifies the Trout Bum ethos:

Here in Vermont, we’re suffering through one of the wettest Aprils in memory. Combined with the huge snowpack we had, all this rain has pushed the rivers up into the trees. As I drive along the Battenkill every morning on my way to work, thinking about how I’m going to approach the river once it becomes even marginally fishable, I picture big, ugly, commotion-creating streamers. Anglers in the Midwest and in parts of the Rockies are facing similar conditions, trying to deal with too much water.

Welcome to our second installment of “Ask a Fly-Fishing Instructor,” starring our own Peter Kutzer. A few weeks ago, we asked you to post some questions about your biggest casting problems. Reader “Jeff M.” wrote, “What mechanics do you use to increase distance and accuracy with a roll cast?” In this video, Peter demonstrates how to achieve better accuracy. . .

The Madison River, The Henry’s Fork, The Firehole River: blue ribbon trout waters of legendary stature that are on every fly fisher’s “bucket list.” For years, local guides have been taking folks to these incredible rivers to partake of the gifts these waters offer up every season. However, there are numerous other options available to anglers who travel to Yellowstone Country. So let’s talk about a couple of these.

The Maine Dept. of Marine Resources rejects effort to open the Kennebec River to bait fishing for striped bass during May and June.

In a fact-finding document released Friday, April 21st, Maine DMR stated: “The proposed regulation is not consistent with the previous conservation efforts adopted by DMR to address the decline of striped bass.” 23 pages of public comments showed that a majority of anglers opposed the change that would allow bait fishing with circle hooks and a sizable boundary reduction. The effort to liberalize the existing regulation was initiated by a group of charter boat operators in Boothbay Harbor and The Recreational Fishing Alliance. Proponents stated that circle hooks have a very low catch and release mortality when compared to J hooks and it was discriminatory to exclude that particular gear type from the regulations. DMR responded by stating: “Increased fishing effort on native and migratory striped bass population will occur if the proposed rule changes are adopted. This increased effort would be the result of participation in the fishery by individuals fishing from shore, boats, guides operating in formerly closed portions of the spawning area and latent effort that would become active once the rule changes occurred.”

As Murph nears six months of age, it’s time to take stock of what we have accomplished together. Right now he can do the following with very good (very good does not mean perfect) consistency:

Podcast Double Feature: the Everglades from a guide's and a scientist's perspectives - Orvis News 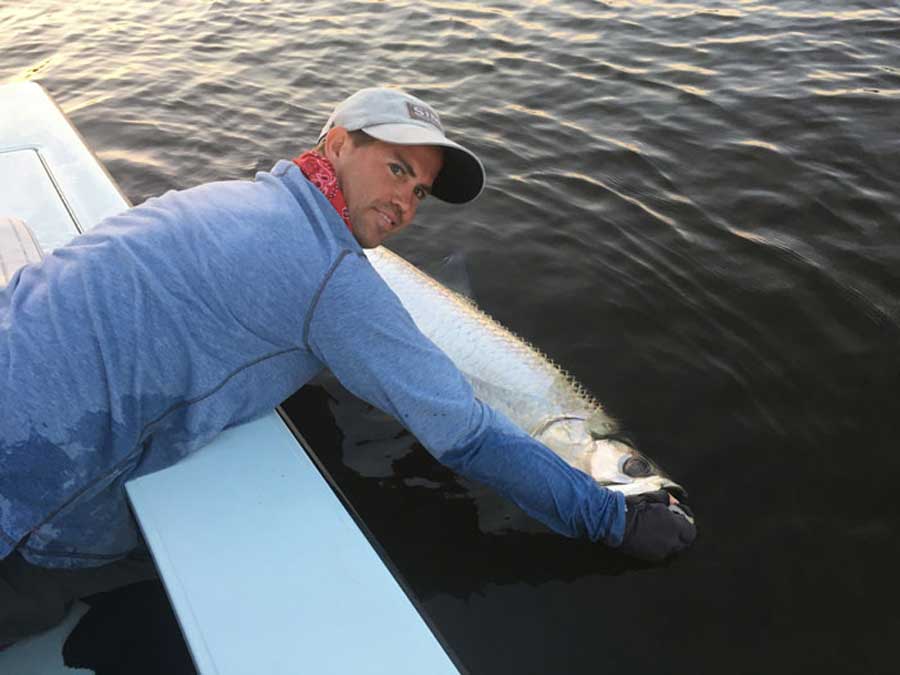 Podcast Double Feature: the Everglades from a guide's and a scientist's perspectives - Orvis News

The flow of freshwater flow through the Everglades is an issue that Orvis has worked on for a number of years as one of our major conservation project...