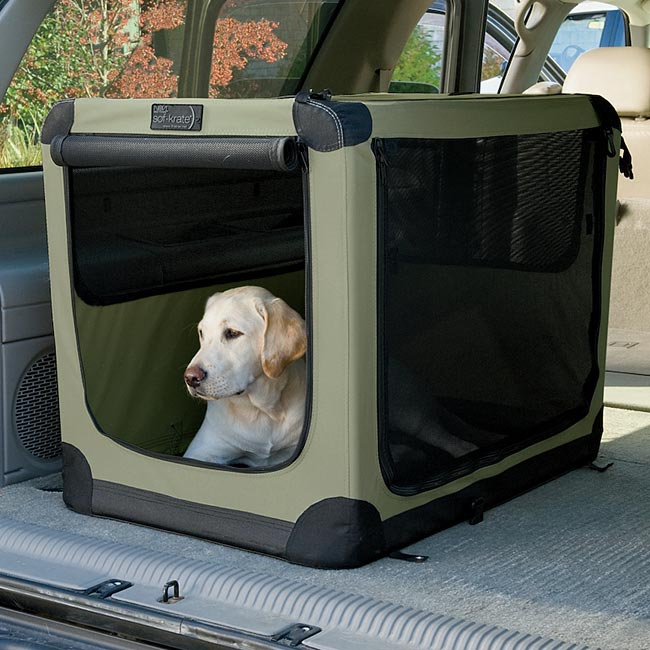 Well plenty, that’s what. All I can say is, traveling with two shepherd puppies, no dog crates, and one small child on a twisty mountain road somehow seemed like a good idea at the time.

Traveling with dogs is always challenging, with some dogs more than with others. Traveling unprepared for doggish situations is just plain stupid. No matter how seasoned you may consider yourself where dogs are concerned, you always need a travel crate, even if you elect not to use it. Always. I speak with the wisdom of one who was a party to unfortunate decision-making on an ill-fated trip with a pair of puppies, even when I should have known better. (Not to worry, everything came out okay. So to speak.)

My young family and I decided to get a Shiloh Shepherd puppy in the early 2000s after discovering the wonderful qualities of this unique giant breed: the intelligence and loyalty of a German Shepherd Dog combined with an even temperament and healthy hip joints made the Shiloh an excellent choice to our way of thinking. We found a faraway breeder who was willing to transport our new puppy to us on an airline known for its caring and gentle handling of dogs traveling alone.

We were all set for the big day to get our pup at the Atlanta airport when the breeder phoned to ask whether we would consider also taking one of his littermates for a couple of weeks; his new family needed some time to organize the long trek south from their Michigan home. We were assured that each would arrive in his own dog crate, and the same human chaperone would accompany the two of them for the entire flight.

Dog Travel Tip the First: Measure Your Car for a Travel Dog Crate                                         Shiloh Shepherd puppies are huge; at four months they’re already a robust 40 pounds or thereabouts. And a mature Shiloh can tip the scales at around 150 pounds; think gigantic German Shepherd with a head the size of a bear’s. On the day we drove to Atlanta we were prepared with water bowls and leashes and chew toys. But we did not anticipate the large size of the dog crates in which our “boys”—Teddy Blue and Merlin—had arrived.

A quick visual assessment revealed in short order there was no way they could possibly fit side by side in the back of our brand new Discovery—a car carefully chosen with a single large dog in mind—as we had hoped. We had no choice but to disassemble the unwieldy, airline-approved dog crates and place the pups on the back bench seat like bookends straddling our own smallish six-year-old human in his booster seat. The three of them wedged together were a sight: two somewhat bewildered and quiet (but huge) Shepherd puppies and one inquisitive and gleeful boy who could not keep his hands off either of them.

Before we pulled away from the curb, the kind chaperone thrust a box of ginger snaps into my hands. “It’s for car sickness,” he explained, corroborating what the breeder had earlier told us. As the color drained from my face he quipped, “Don’t worry—they didn’t get sick in their dog crates once during the whole flight. I’m sure they’ll be fine.” And indeed they were for the three-hour trip back to our place, on mainly straight and flat Interstates. Traveling with a pair of Shiloh Shepherd puppies and a six-year-old boy? We’ve got this, I told myself.

Until a week later, when we decided to meet Merlin’s family not at our home in Tennessee as we’d planned, but instead at our vacation cottage in mountainous western North Carolina. We were yearning for a weekend there with our new puppy, and it made no difference logistically to Merlin’s people.

Inexplicably, we decided not only to take our two furry young charges over hill and vale for another new, worldly adventure in the space of their short tenure with us, but also to take an unknown route through the Joyce Kilmer Memorial Forest—probably the most twisty, winding, narrow road of all the possible paths we might have chosen. And though stunningly beautiful, that stretch of forested road has precious few places to pull over for a quick, leashed romp with a pair of bold puppies. Second bad decision. 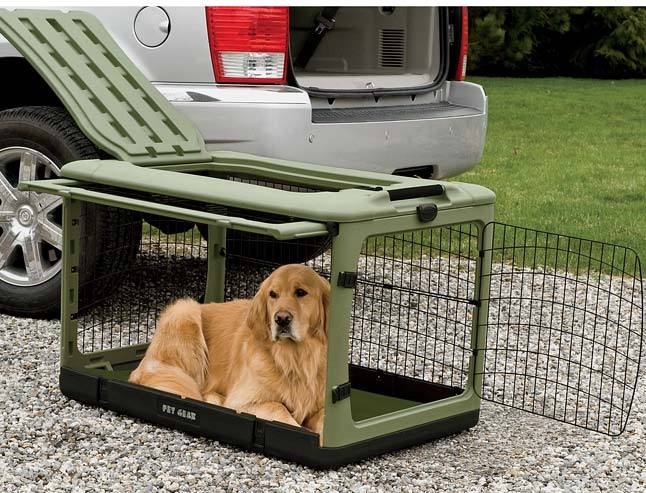 We had not ventured far into the forest before the puppies began to drool copiously (too late for ginger snaps now), which is almost always the precursor to something much, much worse. Which came up in short order. Repeatedly. In waves. Everywhere. On the seats, and the floor, and on the speakers and pockets of the back doors. (Did I mention the car was brand new?)

And on the boy—all over the boy, for whom this tragic little pair of Shiloh puppies had now suddenly lost their appeal. It is amazing what one 40-pound Shiloh Shepherd puppy can bring up, to say nothing of two of them. And now we were winding our way along this gorgeous road imprisoned in a metal box with a pair of sick dogs and a screaming child, and nothing to do about it except to keep on moving.

We safely reached our mountain cottage, but not before encountering one massive gully washer replete with high winds and pyrotechnics that sent us diving for cover at the only roadside inn we found open along the way. Teddy Blue and Merlin cowered and shook with every massive thunderbolt, poor fellas. There was a lot of cleanup after that ill-fated trip, and the car was never really the same again.

Merlin’s family arrived a day later and were ecstatic to meet him; our parting was wistful, the Joyce Kilmer incident notwithstanding. Before they left, we told them we knew Merlin would one day be a fine dog with a noble personality befitting his name. We helped them set up his dog crate in the back of the car.

And we handed them a box of ginger snaps as we said goodbye.

One thought on “Car Travel without Dog Crates: What Could Possibly Go Wrong?”