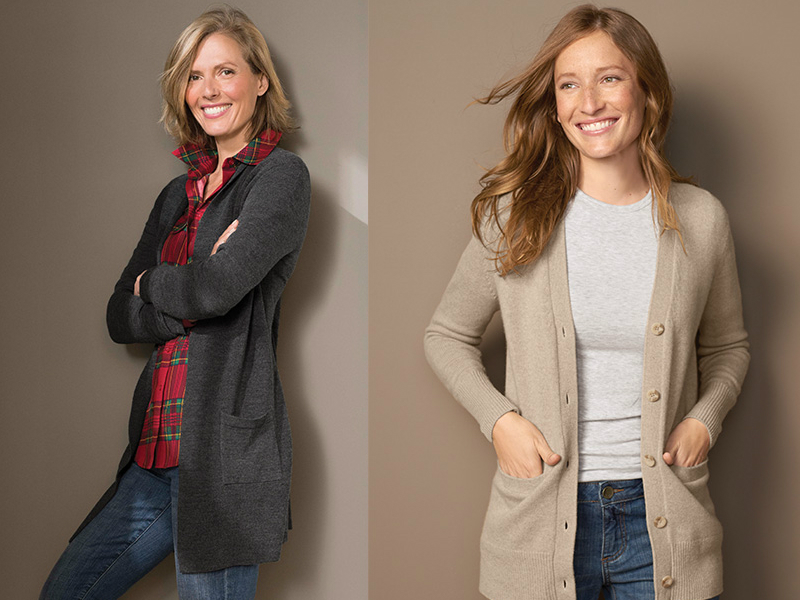 Wool is one of the best performing materials available, and also one of the oldest. But in a contest of two favorites—cashmere versus merino—does a clear winner emerge? Which wool is the warmest? Which one is the softest and the most comfortable? Which lends itself to more formal occasions? And what about durability—does merino wool clothing resist pilling better than cashmere? To best appreciate the differences between cashmere and merino—and the benefits of each—it’s helpful to understand how these different types of wool are sourced and produced.

Wool is a natural fiber also known as fleece, similar to human hair or fur, that covers the skin of a variety of animals including sheep, goats, and alpacas, and is used in different woven and knitted textiles. The fibers are collected during the annual shearing of the animals, and then processed. Wool has been used for thousands of years to make warm clothing, blankets, and other furnishings; regardless of which animal produces them, the “crimped” nature of the wool fibers makes them an effective insulator against the cold. The quality and other properties of the wool, however, vary considerably, depending on the type and breed of animal.

“Sheep’s wool” is a general term that refers to the fibers produced by various breeds of adult sheep grown all over the world (versus “lambswool,” which comes from their lambs). Sheep’s wool is the most common and widely available type of wool, though its qualities vary depending on the breed of sheep that produces it. In addition to its insulating properties, sheep’s wool contains lanolin, which repels water and bacteria. This is why wool doesn’t readily absorb odors compared to other materials. But garments made from ‘regular’ sheep’s wool, while warm, are relatively heavy and can feel scratchy due to the coarseness of the wool.

Merino wool, on the other hand, is softer and more refined than regular wool. It comes from Merino sheep, raised mostly in Australia and New Zealand these days, and bred to produce very fine wool fibers. Merino wool is a superb material for performance clothing especially, given its moisture-wicking properties. It is warm yet lightweight and breathable, making it suitable for a wide range of active pursuits. And since merino wool garments tend to retain their shape without wrinkling, they are great for travel and appropriate for varied climates. Are the best wool sweaters made from merino? The answer probably depends on the situation. Merino wool clothing has certainly proved its mettle for the wearer who enjoys an active lifestyle.

Cashmere comes from goats and is softer still than sheep’s wool. Specifically, it is produced from fibers that make up the soft, downy undercoat of Kashmir goats that originally inhabited areas in China, India, Iran, Afghanistan, and Iraq. Collecting these particular fibers is a laborious task that must be done by hand during the spring molting season, resulting in a relatively small yield. The difficulty involved with collecting cashmere wool explains why it is relatively rare and considered a luxury item compared to sheep’s wool. It takes at least two goats to make one two-ply cashmere sweater, whereas the wool from one sheep can be used to make four or five conventional wool sweaters.

Cashmere wool is softer and lighter than sheep’s wool and possesses a higher loft, which translates into plush, luxurious fabrics with a silky feel. Because it also drapes beautifully, cashmere garments impart an elegant look on more formal occasions.

Cashmere is warmer and softer than merino, but less durable, making cashmere the preferred textile for casual wear, while merino is the preferred wool for activewear.

If you spend a lot of time outdoors in all seasons as we do—whatever the weather—you’re probably always on the hunt for the latest and greatest in performance clothing. Though high-performance apparel made from synthetic fabrics abounds these days—designed for different outdoor activities in all seasons—the purists among us believe that nothing beats good ol’ natural wool. Attractive, warm, water repellent and breathable, wool garments, particularly if they’re a refined version such as cashmere or merino, are singularly comforting.

11 thoughts on “Cashmere vs. Merino: What’s the Best Wool to Wear?”