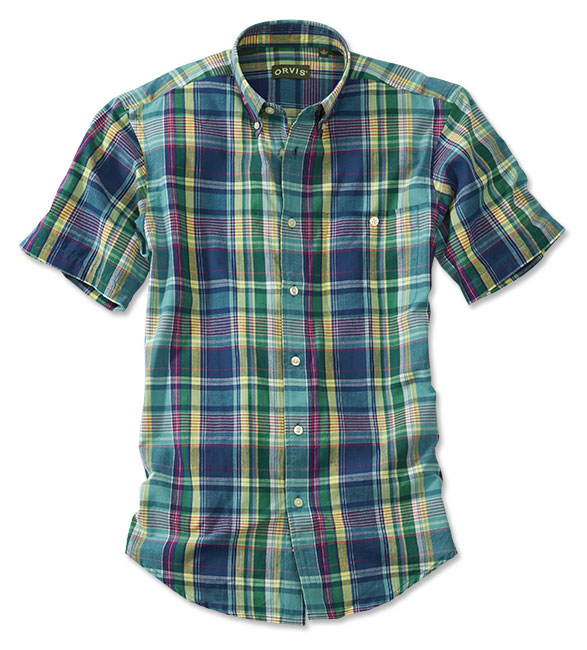 Spanning some 5000 years, the story of the summery cotton plaid madras shirt is the province of paupers, artisans, and royalty alike. Seen neatly tucked into pressed khaki trousers darting across the campus green, the plaid cotton madras shirt enjoyed widespread American popularity in the 1960s as requisite garb for a post-WWII generation of preppy baby boomers. But as early as the 1930s cotton madras clothing began to emerge stateside as a status symbol: first popular among American tourists who could afford pricey Caribbean vacations during the Great Depression, the madras shirt was a palpable and overt sign of affluence worn on the backs of returning Ivy Leaguers. Today it remains a wardrobe staple for the resort- and country club-bound, as much as it is regarded as distinctly peasant class in its native India.

Unfolding the Story of the Madras Shirt: Textile Traders and Madras Merchants

The very earliest known version of madras cloth probably bore only a passing resemblance to its modern-day progeny: spun from the tip skin of ancient trees, it was handwoven into a gauzy textile prized by 12th century African and Middle Eastern importers for its use in headpieces. By the 1500s madras cotton had morphed into something more elegant, printed with floral patterns or religious designs.

Dutch traders arrived in India in the early 1600s to trade in the local calico cloth, followed by the Brits a short time later. Disappointed by slim textile pickings in Armagon, the English East India Company abandoned it for greener pastures: the small fishing village of Madraspatnam (Madras) was the only place to offer a woven product worth a gander, so the company established a trading post there in the mid-17th century.

Undyed madras cloth had become so prized in Europe by now that textile tycoons in France and England appealed to their governments to slow its import. This was an excellent problem for the East India Company, and an age-old one: how to satisfy consumer demand. Ultimately the best strategy proved to be an attractive tax incentive: within a single year the company had attracted roughly 400 weavers to Madras with the promise of three decades’-worth of duties exemptions. It was a beautiful business plan, and it worked.

What Is Madras Plaid? (And Which Came First—Tartans or Traders?)

Madras plaid is a lightweight cotton plaid material. But identifying its provenance begs the perennial chicken-and-egg-styled question, and here wide disagreement prevails. Although it is known that the first madras cloth was a muslin overprinted or embroidered in elaborate patterns with vegetable dyes, sometime during the 1800s plaids known as “madrasi” checks became popular in India. Speculation has it that the patterns were copied from the tartan plaids of the Scottish regiments that occupied southern India at the time, but there is no definitive evidence of this. 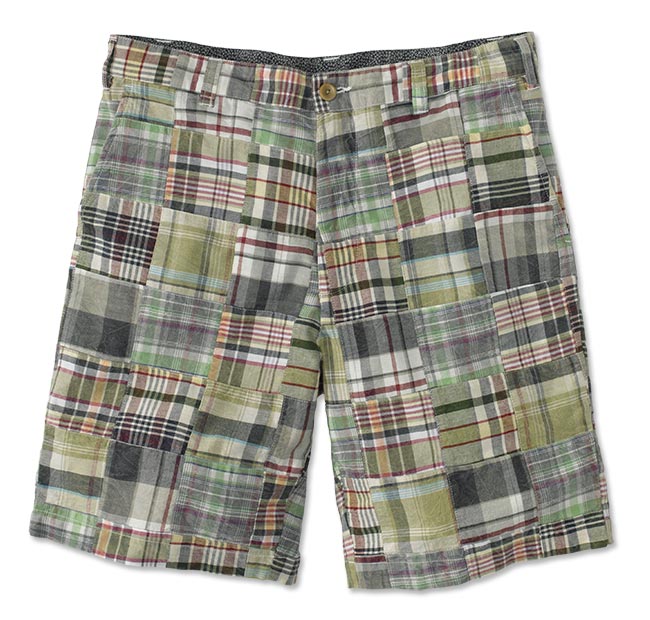 What remains undisputed is the Brits’ love of cotton madras, lightweight and breathable as it was: they took it home, whence it spread to the far reaches of the empire. Cotton plaid madras reached American soil first in 1718 as a donation to the Collegiate School of Connecticut (otherwise known as Yale), and later during the Civil War. And Sears offered the very first madras shirt for sale to the American consumer in its 1897 catalog.

The Problem of the Bleeding Madras Shirt: Making Lemonade from Lemons

The “madras” name was first attributed to shirt maker David J. Anderson in 1844, as reported in a 1908 Boston Evening Transcript, although the material had been referred to as such much earlier. More certain is the sharp rise in popularity of the madras shirt in America at the time, as seen in a shortage described in a 1919 New York Times story.

In 1958 William Jacobson, a leading textile importer, traveled to Bombay to trade with one Captain C.P. Krishnan, exporter of madras from Chennai (formerly Madras). The two men struck a dollar-a-yard deal for beautiful madras material possessing a “strong smell of vegetable dyes and sesame oils,” woven of bright colors and originally bound for South Africa. Krishnan warned Jacobson that the fabric should be washed gently in cold water to avoid bleeding, advice that never reached the ears of the Brooks Brothers buyers to whom Jacobson sold 10,000 yards for the manufacture of madras clothing.

In what is surely one of the most noteworthy debacles in the history of the American textile industry, Brooks Brothers sold scores of cotton madras garments to consumers without proper washing instructions. The result was tantamount to an angry mob wearing damaged duds: the bright madras dyes bled in the wash and the garments emerged discolored and faded.

What might have ended disastrously in prolonged litigation instead became one of the best possible selling points for “bleeding” cotton madras clothing: David Ogilvy, an original “mad man” among Madison Avenue advertising giants, coined the phrase “guaranteed to bleed” and pitched it to the young readers of Seventeen magazine. The plan worked, and the bleeding madras shirt became an overnight success. A 1966 catalog advertisement from a now-defunct company speaks to this:

Authentic Indian Madras is completely handwoven from yarns dyed with native vegetable colorings. Home-spun by native weavers, no two plaids are exactly the same. When washed with mild soap in warm water, they are guaranteed to bleed and blend together into distinctively muted and subdued colorings.

What Makes a Madras Shirt So Madras?

The madras shirt hanging in your closet is the genuine article, so long as it meets a few important criteria, to wit:

Cotton madras is woven from a fragile, short-staple cotton fiber that can’t be combed, only carded. This results in “bumps” or slubs—thick spots in the yarn that give madras its unique texture. The cotton is hand-dyed after being spun into yarn, woven and finished in some 200 small villages in the Madras area. Madras cotton weave also may be pieced, resulting in a “patch” madras shirt, pant, or jacket.

Many weavers have learned from generations of weavers who have gone before them, resulting in a textile rich with cultural DNA and so revered it is protected by the Indian government. Ironically, Indians themselves eschew madras for much of anything except pajamas because of its somewhat negative association with the madras sarongs worn by the working class. In America cotton madras plaids enjoy continued appeal among the well-heeled—the proverbial “another man’s treasure” wisdom in action.

That’s quite a story for one little shirt. Next time you reach for your madras plaids, you’ll know you’re wearing something special.

85 thoughts on “Checkered Past: A Brief History of the Madras Plaid Shirt”