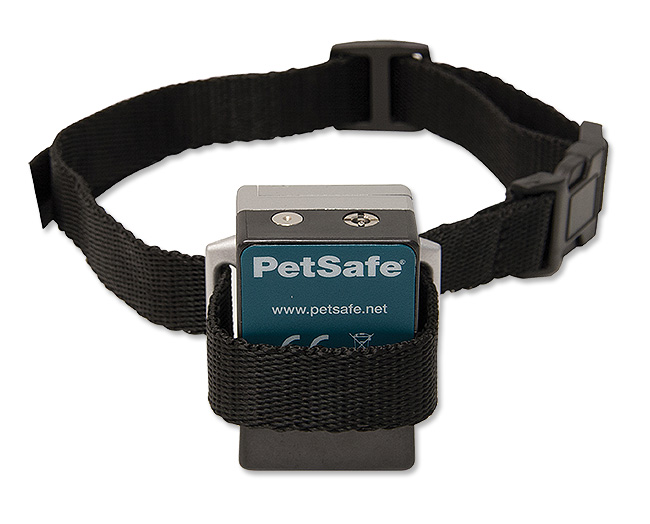 We adopted Jennie, our Plott Hound-Weimaraner mix, in New Hampshire. She started out very mellow, though she was afraid of the hot-air balloons that would fly frequently over our home. In an attempt to make her less whimpy, other family members tried to get her excited over the balloons. This worked, but unfortunately she started to bark at the balloons. . .and the moon. . .and anything else in the sky.

This wasn’t so terrible until we moved to Whitefish Bay, which is much more congested and she would bark at the moon and everyone passing by until we got the Spray Bark Control Collar from Orvis. She no longer whines, and she is much mellower even when the collar is turned off. This is such a humane and gentle way to train a dog with annoying habits. I think she will be a keeper.