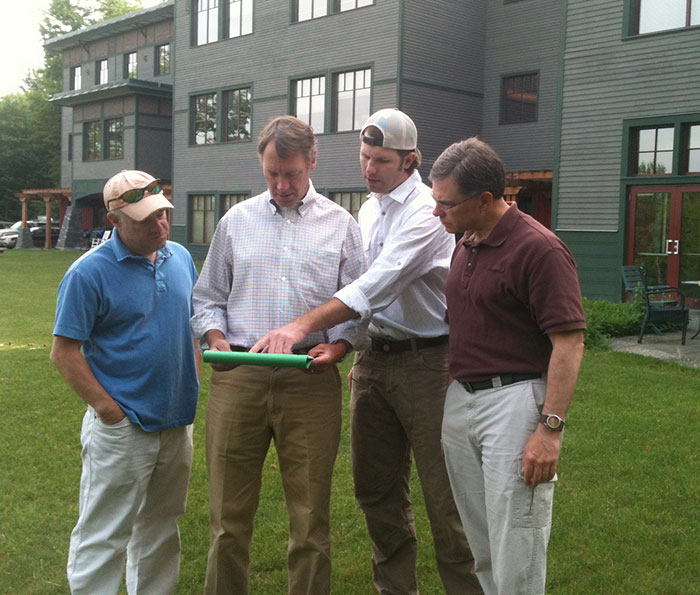 Chinos and twill form the basis for a casual wardrobe.

Corduroy, chino, or twill—which of these classic materials is most represented in your cool weather wardrobe? No better time than the present to consider this question: it’s officially fall and winter is coming down the pike—the time of year when fabrics described as breezy, airy, and summery give us the shivers and we reach instead for clothing made of materials that keep us warm when temps turn crisp. Corduroy pants and jackets are quintessential cool weather garb, while chinos can span the seasons. Twill is a weave that can be lightweight enough for resort clothing or heavy enough for winter days, depending upon its weight and density. Let’s take a closer look at the warp and weft of these distinctive textiles.

Twill material is distinguished by diagonal lines visible in the weave. A herringbone or chevron weave is created when the direction of the diagonal lines is reversed at set intervals across the fabric. When you pull on your favorite pair of jeans, you’re wearing twill. Same goes for your khakis and gabardine clothing. Cotton twill fabric is often used in dress shirts for men and women, as well as in casual button-up shirts in solids, plaids, and patterns. 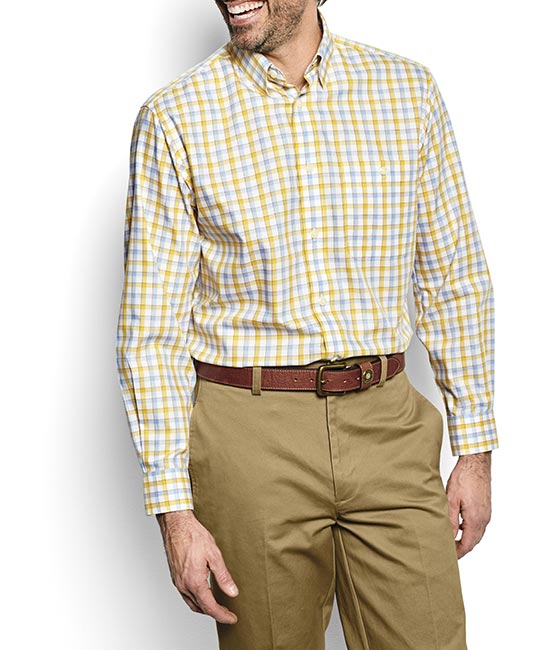 Twill is one of the three basic textile weaves, along with plain weave and satin weave. The woven fabric has been popular since at least the Middle Ages because of its combination of strength and appealing drape; no surprise then that modern manufacturers should also lean on twill for wardrobe essentials like slacks.

Corduroy is a durable, cozy fabric that can be made from either a twill or plain weave, but will always feature the familiar vertical cords or ‘wales.’ The wales are tufted to create the velvety feel of corduroy. Wide-wale cords have larger ridges set wider apart, while fine-wale cords have very narrow ridges that are set close together.

The history of corduroy begins with its fabric predecessor, fustian—a thick cotton and linen textile thought to originate in Egypt in 200 A.D. Production of the material spread through the Mediterranean and Europe, and the weave eventually evolved into corduroy, as well as its luxurious cousins, moleskin and velveteen.

Because of its rugged quality, corduroy was worn as sporting attire by royalty and as everyday wear by their servants. The robust fabric would go on to become the 19th century workingman’s uniform, when it was called ‘the poor man’s velvet,’ before settling into today’s warm, casual duds comfortable at work and play.

And if you’re wary of cords, there’s no need. These aren’t the rigid cords of your childhood that made a ‘swish, swish’ sound when you walked. Most cords now include a bit of stretch for a modern fit, and the ridges are too refined to make a ruckus.

Chinos: Classics for a Reason

The classic chino pant is most likely where you’ll find this familiar fabric, but its tight weave and lightweight 100% cotton or cotton-blend iterations make it useful for any article of clothing. Chino fabric can have a smooth or brushed surface and is valued for its wear-with-anything ease. Chinos and khakis are often conflated, but chinos differentiate themselves with a flat front and streamlined cut. 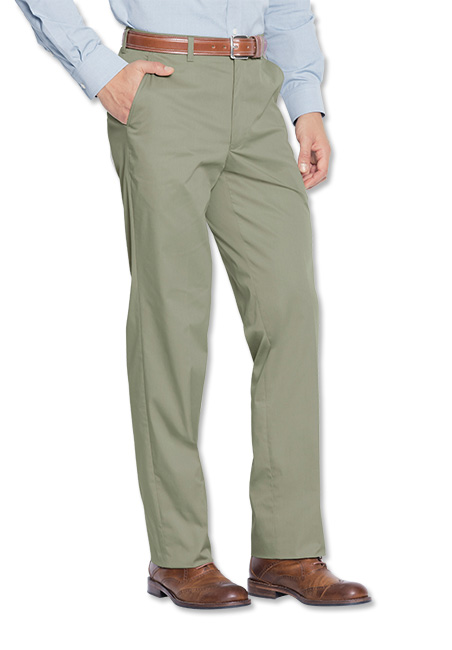 Like many clothing staples, chino pants have military roots. During the Spanish-American War, US soldiers in the Philippines wore lightweight uniforms made from cotton twill woven in China. The uniform style was soon referred to as chinos, from the Spanish word for “China.” Following World War II, returning GIs solidified a permanent place for chinos in American civilian garb by wearing them on college campuses around the country. Soon thereafter they became popular among women and around the world. And though chinos are ubiquitous in their original cream color, they now come in a wide array of hues.

As for how to style your cords, chinos, and twill trousers? You’ve got countless options. A pair of slim-fit cords in a sumptuous color is perfect for a relaxed office party. Chinos are weekend-ready worn with a slub tee, and first-date ready with a twill dress shirt and elegant belt. The best part about all these fabrics is they can be the understated foundation of a great outfit or, in an eye-catching color, they can be the centerpiece of your look. Corduroy versus chino versus twill? They all emerge as clear winners in your cool-weather wardrobe.

One thought on “Corduroy vs. Chino vs. Twill”