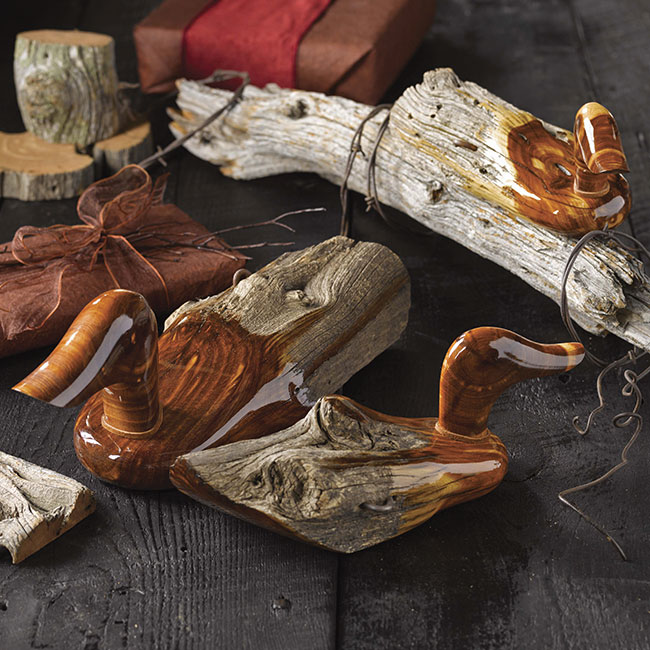 He’s expecting it, you know, the tell-tale flat rectangular box done up with a bow. He’ll be gracious about it—he loves anything that comes from you. But Father’s Day is your chance to celebrate the life of an important man, someone who helped form you: imagine the possibilities. This year, think outside the (tie) box. Discover fresh gift ideas for men and surprise him with something unexpected on Father’s Day.

Between You and Me and the Fencepost Ducks: Sporting Gift Ideas for Men
A hundred years ago a dad dug a deep hole somewhere in the American West and buried a cedar fence post. A century later another exhumed it and tossed it into a refuse pile; thence to the workbench of a wood sculptor, now placed into the hands of your own dad as a Father’s Day gift. They make exceptional gifts for men: from Colorado’s Rocky Mountains come sculpted and storied ducks, decorative decoys with a past. Wood sculptor Tim Bergren rescues scrapped cedar fence posts from Rocky Mountain ranches and re-forms them into one-of-a-kind art objects, halfway honed to a fine “new” sheen, the rest left in a natural state. The result is a meaningful piece of artwork like no other. Cedar has long been an excellent choice for fencing because of its insect- and weather-resistant properties. Early homesteaders stretched wire between posts to mark property boundaries, effectively ending the common practice of free-range ranching. The posts used to sculpt these decoys are castoffs, discarded as modern fencing materials have come into favor. Colors run deep red to honey gold, with many hues between, and no two alike. “If only these old posts could speak,” says Bergren. “In a way they do once again—with similar beauty and grace that they held long ago.” 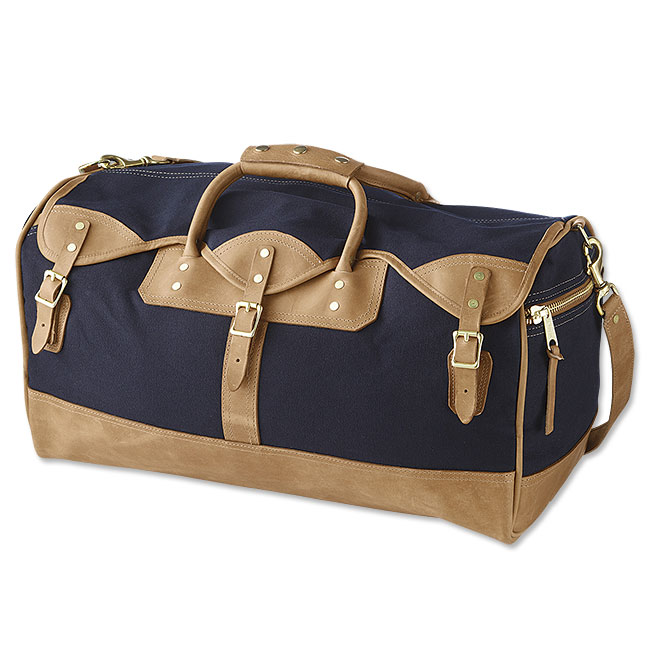 (Traveling) Gifts for Men: The Gokey® Waxhide & Navy Canvas Duffle
Your father sent you off to college, once upon a time. He might have handed you a duffle bag when he put you on the train, or stood next to you in the lobby of your freshman dorm, bidding you farewell ‘til Thanksgiving. Time to return the favor. Tipton, Missouri is home to the World’s Largest 8 Ball (true story), and also to Gokey, manufacturer of exquisite leather shoes and heirloom-quality luggage. The waxhide and navy duffle is a bag he’ll be proud to carry overseas, or overnight to see you and the grandkids (they will forever associate this duffle bag with him). Play your cards right, and someday it will be yours: thick, 18-oz. canvas and beautiful waxhide leather, zippered, pocketed, shoulder strapped, and road-ready, made to last a lifetime. He can load it up with all his ties from Father’s Days past. Fine leather and canvas bags from Gokey make exceptional gifts for men you love. 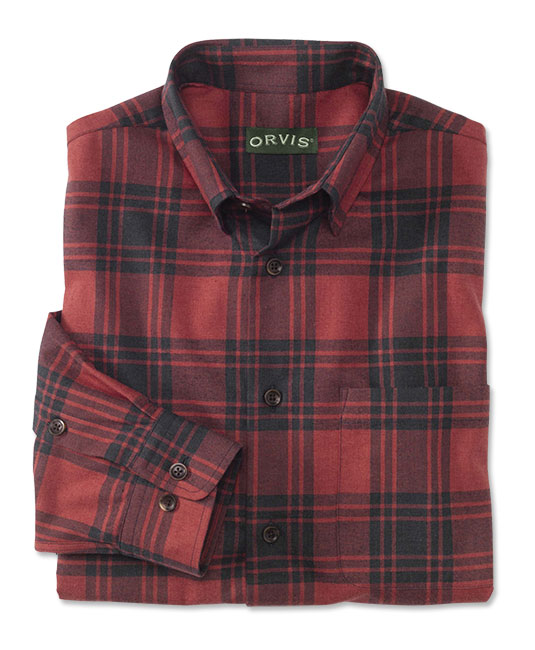 The Shirt Off His Back: Give Him Luxury Cotton and Merino Wool on Father’s Day
Better make it an excellent shirt if you finally insist on a men’s gift of clothing. This one is extraordinary, and has its roots in an Industrial Revolution-era factory. A maker of sportswear, military uniforms, and outerwear, England’s William Hollis Company developed a way to spin wool and cotton in roughly equal measure. The result was a material called Viyella, later modified so that wool made up 19% and cotton 81% of the finished product. The reason for this new ratio was simple: shrinkage. Turns out that material woven with more than 20% wool does not do so well in the wash.

The other difference between today’s wool blend and its historical precedent is the type of fiber: Merino spins tighter and more completely with long-staple cotton than lambswool does, making a durable textile that holds vivid dyes well. It’s the same product that was once used for workwear and more “rugged and intense” activities, and its modern-day rendering is in this men’s shirt. Your dad is rugged and intense, right? If he is inclined to give you the shirt off his back, you want it to be this one. It’s not a single gift, but many: you’ll find this extraordinary shirt in a multitude of patterns and colors.

Dad deserves your undivided attention. It was his sure hands that righted you when your shiny new birthday bike dumped you on the sidewalk, a pocketed hanky swatting away grit from the scrape on your knee as sure as it wiped tears and dirt from your face. Those same hands sharpened your game in the backyard, the soft thwap of the ball in his mitt a forever memory. And later his was the voice to explain, calmly, the quadratic equations you were determined could never make sense. Even now he checks in to see how things are going, takes a turn at the tiller to make sure the ship’s still on course (as much as you will allow, anyway). Your dad—however you define him—has devoted himself to you. What Father’s Day gift can possibly reflect your devotion to him? Special and unexpected objects make the best gifts for men.

One thought on “Forget the Tired Tie: Fresh Gift Ideas for Men on Father’s Day”