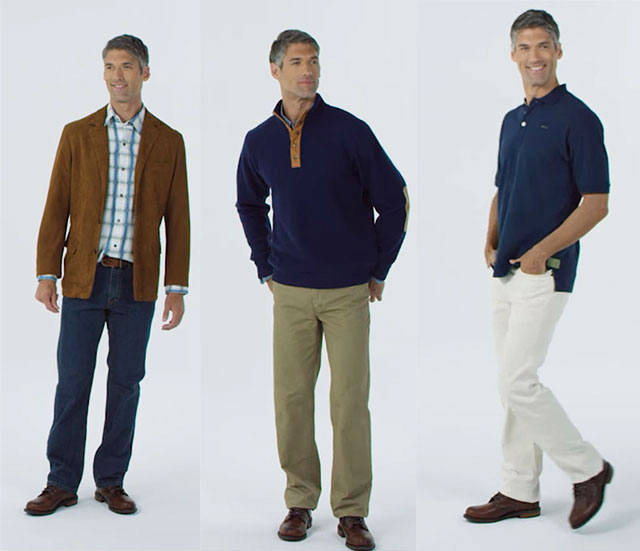 As a dress code, business casual is a moving target. In this fast-changing world, what is considered appropriate casual office attire today is different from what it was even just a year ago. Maybe you’ve asked yourself, ‘are chinos business casual? What about polos, or Capris?’ Of course, it depends where you work. Certain organizations and professions—especially, for example, in the legal or financial services industries, that involve face-to-face interactions with clients—demand a more formal office dress code than others. But what are current business casual rules for the rest of us? We venture to answer this question below while tracing the evolution of the current workplace wardrobe.

Corporate casual was once reserved for Fridays—“casual Fridays”—and if your employer was truly enlightened, the summer months. Traditionally, business casual meant you could wear nice slacks, such as chinos or khakis, paired with a crisp, collared shirt or blouse. Jeans (yes, a nice pair of dark jeans is business casual), leggings, sneakers, and flip-flops were off-limits. You were supposed to look professional. These days, however, the only widely-acknowledged prohibitions include ripped jeans, grungy T-shirts, and tank tops. How did we get to this place where casual dress in the workplace is the new normal?

When Did Business Casual Become a Thing?

The genesis of today’s business casual can be traced to the 1980s nascent Silicon Valley tech world where young, talented upstarts began calling the shots, revolutionizing the workplace. In order to lure other coveted technical geniuses to their cutting-edge product development teams, high tech companies began offering various office perks, starting with a relaxed dress code. Engineers, who often went on coding binges for days on end, were not expected to wear a suit and tie; they dressed for comfort.

Even well before the tech revolution and continuing through today, creative professionals have often eschewed any kind of corporate uniform—because they can—opening the door for the rest of us.

Fast forward to the present where a similar office dynamic seems to be at work: in order to attract new talent in a tight labor market, companies cater to employees. As the economy hums along, resulting in more job openings than qualified people exist to fill them, workplace culture continues to be geared toward making employees happy so they’ll stay on the job. Moreover, modern lifestyles which embrace instant communication, flexible work hours, and virtual offices, blur the lines between home, leisure, and work, making mandatory office attire impractical. And many Millennials simply aren’t accustomed to dressing up, as formal dress codes were disappearing around the time they were born.

So what should you wear to work or to a function that specifies “business casual” on the invitation? Some companies make it easy by spelling it out in their employee handbook. Otherwise, you have to figure it out on your own. You might reasonably wonder: Are jeans acceptable? How about polo shirts? Can women wear Capris? And, what about shoes—are casual Sperrys considered appropriate business footwear? Here are some recommendations:

In general, as long as you’re wearing reasonably nice clothes that aren’t ripped, dirty, excessively wrinkled, etc., your attire will probably fall within what’s currently considered the norm for business casual wear. But at the end of the day, if you wish to be taken seriously as a professional, and don’t want to stand out for the wrong reasons, play it safe and err on the conservative side. Otherwise, ask the person who hired you.

3 thoughts on “Is This Business Casual?”