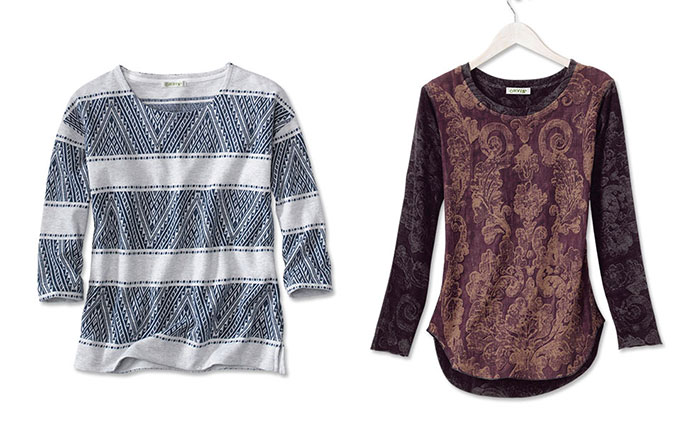 The short answer is no: a brocade is merely one of several types of elaborately patterned and woven materials called jacquards. Other examples include matelassé, satin, and damask—a reversible fabric with a pattern visible on both sides. But the jacquard shirt hanging in your closet, or even stacked neatly in your cedar chest, is a thoroughly modern and fashion-forward fabric with centuries-old roots. Read on to learn more about this classic woven textile.

Jacquard is a fabric with an intricately variegated or raised pattern, distinct from other patterned materials because the pattern is woven into it rather than printed onto it. The motif or image on a jacquard often appears in a different color or texture than the rest of the material, but it can be the same color. Jacquard designs can be Byzantine in complexity (think tapestry) or as simple as a repeating geometric pattern.

A jacquard is woven on a loom fitted with a head programmed to raise each warp thread (the thread held stationary while the weft is drawn through it) independently of the other threads. The jacquard loom gives the weaver a finer tuned control to interlace up to several hundred warp threads, inspiring countless possible designs. Multiple color threads can be used to create a jacquard weave, resulting in complex gradations and patterns—landscapes, portraits, and other unique motifs are possible in a jacquard. And while it takes longer to create a jacquard weave, the result is a stretchier and more stable fabric than basic weaving yields. The drape and durability of the finished jacquard ultimately depend upon the type of fibers used in the weave. 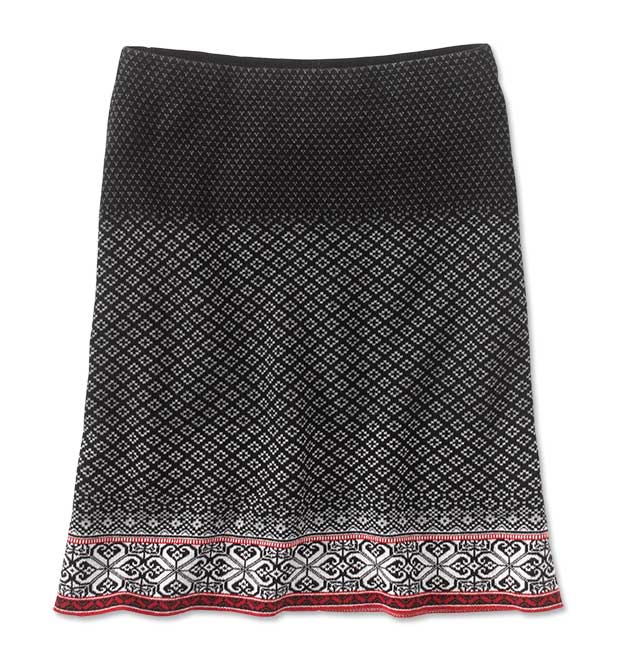 A jacquard knit is either a single or double knit with a pattern on its face, achieved with jacquard controls on a knitting machine. Any kind of yarn can be used to create a jacquard knit. A single knit jacquard will have ‘floats’ across its back—yarns that go over, or float over other yarns without interweaving. Satin is a type of jacquard that achieves its familiar luster from floats on the surface of its weave. Flip over a brocade and you’ll find floats on its reverse, where the yarns not used in the pattern are carried across the back of the fabric to the next place where they’re interwoven.

A brocade is merely an example of a jacquard, a heavy fabric with a colorful allover raised pattern or floral design with an embossed or embroidered effect; it may or may not incorporate gold or silver threads. The term itself does not indicate a specific weave, but instead describes the aesthetics of this typically elaborate fabric.

Unlike damask, brocades are not reversible. In a continuous brocade, the weft threads are left floating on the back. Sometimes these floating threads are cut away, leaving the short, cut ends visible. In a discontinuous brocade, the additional yarns used to create the elaborate pattern are woven into only the patterned areas, resulting in a smoother back. But the backside of a typical brocade is messy, in a word—a distinction that helps betray it as a brocade.

Brocade has been around for centuries. The term comes from the Italian broccato, meaning ‘embossed cloth,’ which in turn comes from brocco, meaning ‘twisted thread.’ Thence to the Spanish and Portuguese brocado (influenced by the French brocart) in the late 16th century. These days you’re most likely to see brocade in a formal application, for example in upholstery, drapery, or eveningwear. 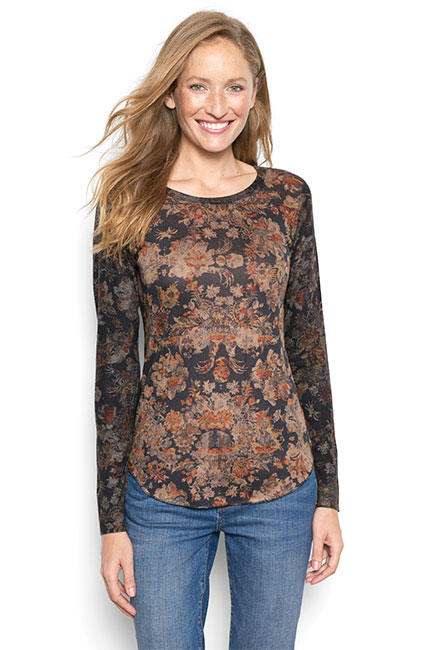 A Brief History of Jacquard and Brocade

While the look of brocade has not changed much through time, how it is created most certainly has. Before 1801 brocades were woven on hand operated drawlooms by master weavers who manually created elaborate patterns with the help of a ‘drawboy’ who stood above the loom. But in 1801 the French-born Joseph-Marie Jacquard devised a way to weave elaborate patterns using punch cards, not unlike the cards used to program early computers. Each card represented one line of a pattern and its holes allowed threads to pass through into the pattern. This single invention revolutionized weaving, allowing weavers to create brocades and other jacquards faster, more cheaply—and significantly, much more easily. The Jacquard loom effectively rendered the old style loom obsolete.

A Jacquard by Any Other Name

The jacquard loom (or head) can also produce other types of fabrics, including:

The Jacquard You Know and (Mainly) Love

You’ve probably worn jacquards for years without giving a second thought to this distinctive woven material. Check your sock drawer: any socks woven with elaborate patterns are jacquards, for example argyle or herringbone pattern socks. Your sweaters and other garments with elaborate patterns incorporated into the knit are jacquards, including the oft-maligned ‘ugly Christmas sweater’ your aunt gave you and which now lives at the bottom of your cedar chest. But the prettier favorites you stacked on top of it—Fair Isle knits and sweaters with distinctive Southwestern-style patterns, for example—were probably woven on a jacquard loom, too. Even Swiss polka dots and simple matelassé quilts, for example, are jacquards.

Make a Statement this Season Wearing Your Jacquards

Jacquards can be ordinary or refined, but either variation makes an excellent choice for the holidays and beyond. Styling is straightforward: if the jacquard you choose is bold, then go with neutrals or basics in the rest of your outfit. If you skip the neutrals, then choose a color in the same family as the jacquard to pair with it. A brocade skirt woven through with metallic threads possesses texture, shine, and color perfect for festive holiday occasions. Make it the focal point of your outfit and build everything else around it. Or pair a more subtle, monochromatic jacquard knit skirt or top with a classic denim or leather jacket to create an edgier everyday look.

The question of ‘jacquard versus brocade’ really boils down to a single truth: there is no either/or—a brocade is simply one of many types of jacquard weaves, together with tapestry, damask, et al. Enjoy your jacquards all season long, knowing the distinctive designs you’re wearing, from the eye-catching sweater on your back to the patterned socks on your feet, represent a noteworthy chapter in fashion history.

One thought on “Jacquard vs. Brocade: Is There a Difference?”