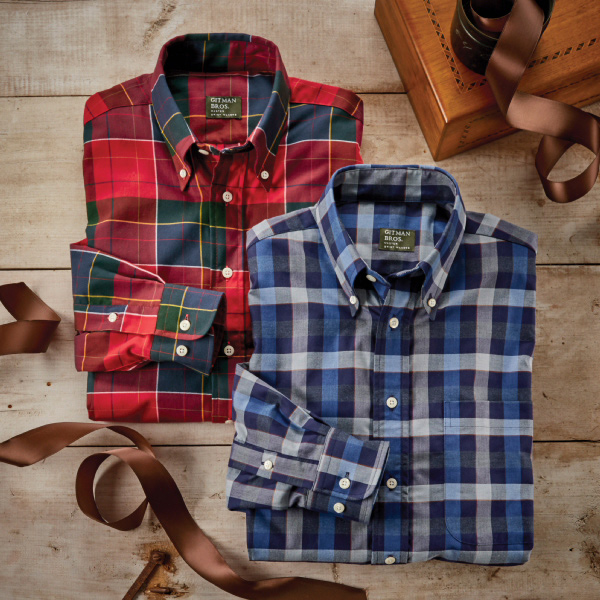 What’s the difference between tattersall and gingham, or between plaid and tartan? Is there any? Some may look at patterned, long-sleeved men’s shirts and think they’re all the same – crossing lines or checks in different color schemes. But each of those patterns has a history all its own. So let’s take a look at what makes each shirt design different. 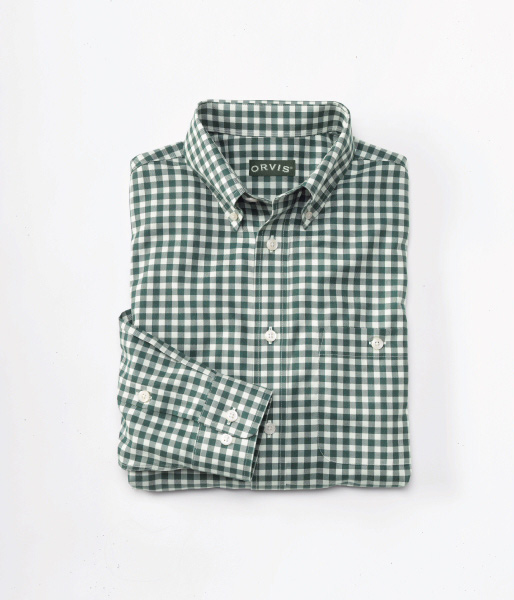 An Overview of Tartan and Plaid Shirts for Men

Plaid is simply defined as a checkered or tartan twilled cloth, and is a Gaelic word meaning “blanket.” Historically, it was a piece of tartan patterned cloth worn over the shoulder, but today is primarily seen in shirts and occasionally pants. Both plaid and tartan are pretty much interchangeable, at least in North America. For more on the history of tartan and popular tartan patterns, you can check out our “Brief History of Tartan” blog post here.

Another very popular pattern is the check pattern, which consists of vertical and horizontal stripes that form, in crossing, alternately colored squares. Think of a chess board pattern, which is actually where we get the word “check,” from “check-mate,” to describe the pattern. Check patterns vary in size, but most men’s shirts tend to feature medium and smaller sized checks (often called mini-check shirts).

Check patterns, like tartans, were traditionally used in Scotland, but unlike tartans which were associated with family clans, check patterns represented geographic regions, or districts. Today, you’ll find check patterns on everything from pizzeria table cloths, to (of course) men’s shirts. But not all check patterns are the same. 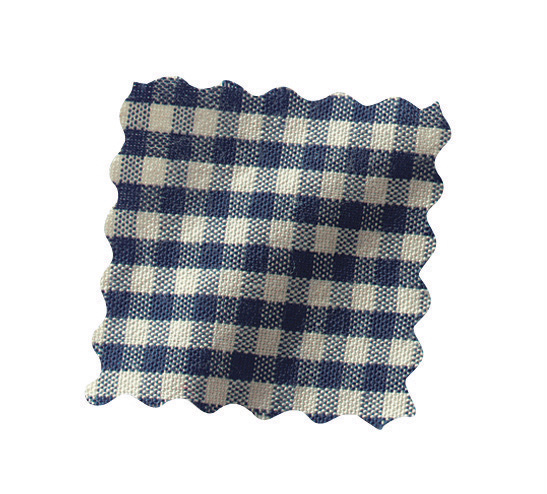 One of the most popular check patterns is the one found in Gingham cloth. Gingham is created using two differently colored threads or yarns (one of which is most commonly white or black) creating a striped check pattern. The word “gingham” comes from a Malay word “genggang” which means “striped.” The weaving of the threads with the coloring is on the warp threads and always on the weft, creating a check pattern of three colored squares. For example, if combining white and blue threads as in the fabric square above, there will be pure white squares, dark blue squares (the color of the blue thread) and a lighter blue square where the white and blue threads combine. Notice that the stripes which form the squares are equal width? This is the essential gingham pattern. 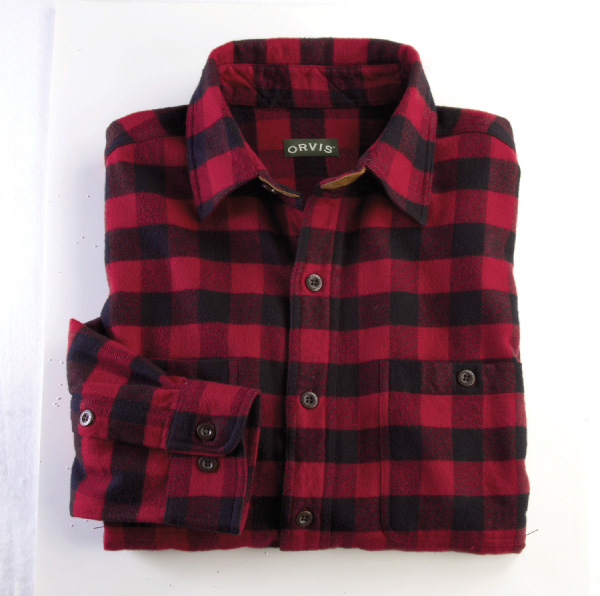 Buffalo check is a common shirt design which tends to be a darker variation, most commonly available in black and red. While buffalo check shirts are often made of wool, the pattern’s popularity has made it available in a variety of fabrics and uses throughout the world. While traditional gingham patterns tend to feature narrower stripes/squares, buffalo check tends to be wider. While the name may elicit images of the Wild West (where it certainly gained a more modern popularity), buffalo check, like many other check patterns, got its start in 18th Century Scotland.

Whether you choose a narrow-striped classic white gingham shirt or a darker buffalo check shirt with wider stripes, you’re certain to discover a men’s shirt that will be as modernly handsome as it is timeless. 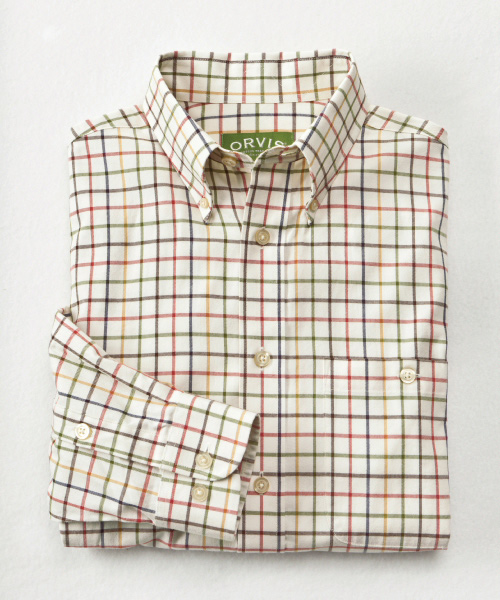 When the Checks are More Like a Grid, That’s a Tattersall Shirt!

Tattersall is another pattern that dates back to the mid 18th Century, where it was available in horse blanket form at Tattersall’s horse market in London. Today you’ll find tattersall not only in men’s shirts, but also as a popular jacket lining.

Which Men’s Shirt Style Should You Choose?

The simple answer is “all of them.” Each of these patterns offers a unique blend of color and style. While a crisp, light gingham lends itself to a slightly dressier event, you can grab a plaid flannel or wool buffalo check shirt for casual warmth while doing yard work on cool fall days. Whatever the season, or occasion, one of these men’s shirt designs will make the perfect choice.