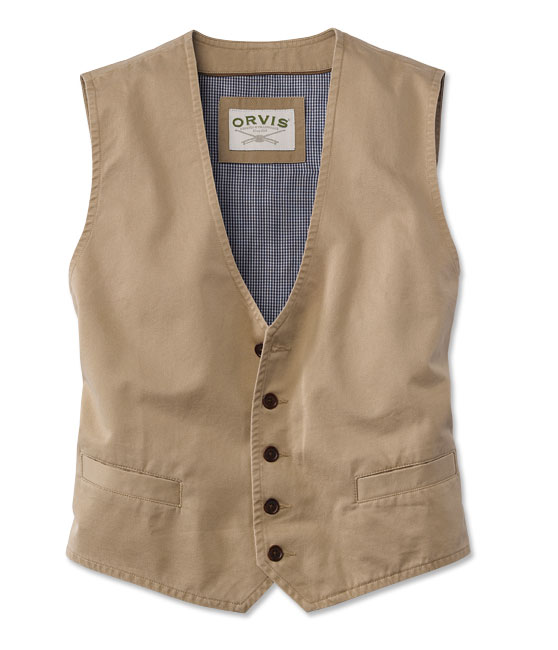 “A vest-lover’s vest. The third Orvis vest I have bought, and definitely not the last. Top-notch materials and workmanship carry this garment over the top!” – Beefalo

Men’s vests are so comfortable during the fall, you can almost imagine the first guy to discover them making an announcement that everyone should wear one. And in fact, that’s almost what happened, in the Western world at least. Taking inspiration from the vests worn in the court of the Persian shah, King Charles II of England, Scotland and Ireland adopted the style on behalf of his entire country with a single statement. Samuel Pepys, an English parliamentarian, recorded the event in his diary in 1666: “The King hath yesterday in council declared his resolution of setting a fashion for clothes which he will never alter. It will be a vest….” And just like that, vests for men were in.

Naturally, the vests of a 17th century king are a little bit different from those men would wear today—we tend to go a little lighter on the silk, embroidery, thread made out of gold, etc. But it still seems fitting to me that this decree was handed down in October, because it’s always around this time of year when I find myself wearing mine every day—and maybe you do, too. Either way, the next time you reach for your vest, think of good old King Charles II, and the Persians who showed him the way.