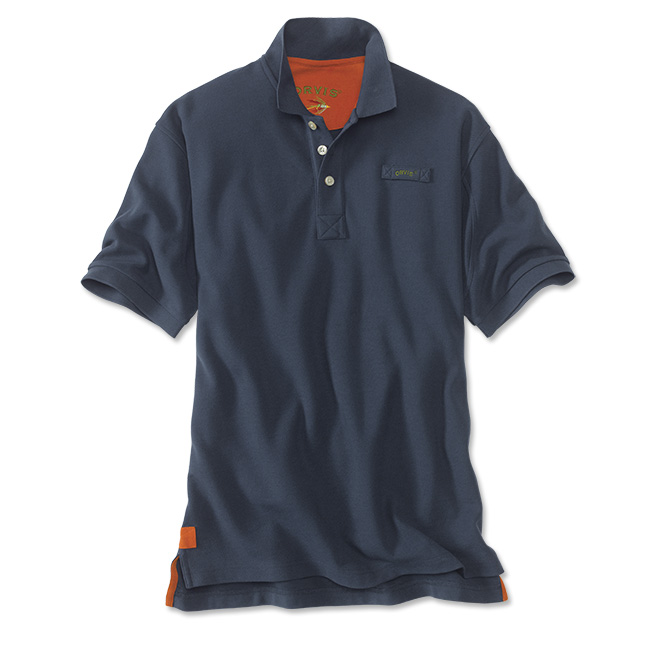 Best Polo Ever. What can I say? I’ve made 3 separate purchases of the Orvis Signature Polo. I absolutely love the product. I know own 5 short sleeve polo’s and three long sleeve, and I’m just getting started. The texture of the fabric is superior to any polo I’ve ever worn before. I constantly get compliments when I wear them. They just look and feel so good. These are my favorite Orvis product, and I currently own 8 different items (And counting.)
—Orvis Customer “kluane,” from Toronto, ON

I’m going to go out on a limb and guess that you’ve probably never played polo. But (getting even farther out on this limb here) I would also guess that you have worn polo shirts. Why on Earth, you might wonder, is one of the most popular shirt styles known to man named after one of the least-played sports? It’s kind of a funny story—and it starts not with polo, but with tennis.

Back in the 1800s and early 1900s, tennis players had it rough. The standard tennis uniform comprised a pair of flannel pants, a long-sleeved button-up shirt, and—just to make it clear that this outfit was not designed for player comfort—a tie. The only concession made for the panting, sweating people holding the rackets was that they were allowed to roll up their sleeves. But throughout the course of a tennis game, what rolls up will surely roll down, again and again, making the shirts and the entire “tennis whites” outfit a nuisance.

That’s what French tennis player René Lacoste thought. So the seven-time Grand Slam champion designed a new kind of shirt, with short sleeves, a soft collar, a button placket, and a longer shirttail, in a lighter fabric that moved and breathed more easily. After Lacoste retired from professional sports, he started a business selling the new style of “tennis shirt.”

Meanwhile, over on the polo field in England, things were still pretty uncomfortable. There, too, players had for ages been required to wear long-sleeved button-front shirts—but with a recent and distinct polo twist. Between the speed of a horse’s gallop and the natural wind’s bluster, the players’ collars were constantly getting upturned during games, so the men took to buttoning down their collars to keep them in place. Clothing retailers soon picked up the new style, calling the tops “polo shirts.” When Lacoste’s design went mainstream, polo players were quick to adopt and adapt it for their game, while their old button-down shirts continued to gain in popularity far beyond the field. After players of both sports had begun wearing what we now mostly refer to as polo shirts, the style’s name began to drift, helped along by the branding of different retailers.