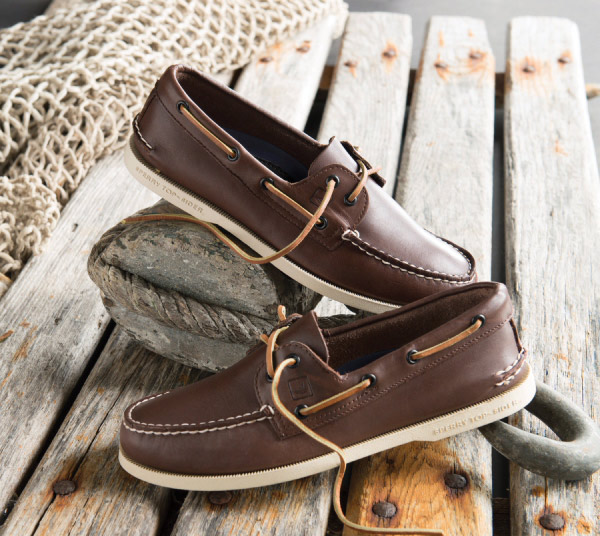 The warm months are upon us. Weekends sailing, evenings relaxing in the backyard, trips to town with the family—everything has a slower, more enjoyable pace in the summer. The season also brings with it some of our favorite pieces of clothing and footwear. One product that’s synonymous with summer is the Sperry Top-Sider. For many of us, the Top-Sider has been a part of our lives for as long back as we can remember.

As a kid, boat shoes were my go-to “nice shoes” for church and special events. Today, they not only fulfill the need for a touch of casual sophistication, but also the desire for a go-anywhere piece of summer footwear that will take me from the marina to a slightly dressy barbeque with ease. Many of you probably feel the same way about the Top-Sider and thinking, “Of course I’m wearing my boat shoes everywhere this summer.” For a product to become that much of an icon, you would think that it has always been around. But the Sperry Top-Sider, the original boat shoes, are fairly recent, when compared to other footwear. Here’s a look at the history of the Top-Siders and their role in summer comfort.

In 1935 Paul Sperry first introduced Sperry Top-Sider boat shoes. One of the reasons why we love the Sperry Top-Sider so much at Orvis so much is because they were developed with the help of a dog! On a cold Connecticut winter day, Paul, an avid sailor and professional author, noticed that his cocker spaniel, Prince, was able to remain agile and avoid slipping when running across the ice. Paul, was well aware of his own troubles with traction on a wet deck aboard his boat and wondered if he could replicate Prince’s grip in a sailing shoe. Taking a look at Prince’s paws gave Paul the answer! The pattern of grooves, or cracks, on the bottom of Prince’s paws gave provided inspiration for a herringbone pattern on the sole of a leather upper-shoe.

With a little help from a patented process of splitting (siping) the shoe sole, developed by John Sipe in the 1920s, Paul was able to create the first pair of Sperry Top-Sider boat shoes and took them to market locally.

Top-Siders through the decades

The Top-Sider became instantly popular in the sailing community, but remained much of a niche product for recreational sailors (including every member of the Cruising Club of America) until 1939 when the US Navy worked with Sperry to develop a version of the boat shoe for its own sailors. The Navy named the Top-Sider one of the official shoes of the US Navy during WWII. Following the contract, Paul Sperry sold the business to the U.S. Rubber Co. who marketed the Top-Sider nation-wide, and the popularity of the boat shoe took off.

In the 1960s, the Sperry Top-Sider garnered much of their iconic summer beach vacation reputation when the Kennedy family was photographed wearing the boat shoes on their getaways to Hyannis Port. Paired with a button-down and wayfarers, the Kennedy look is as popular today as ever. 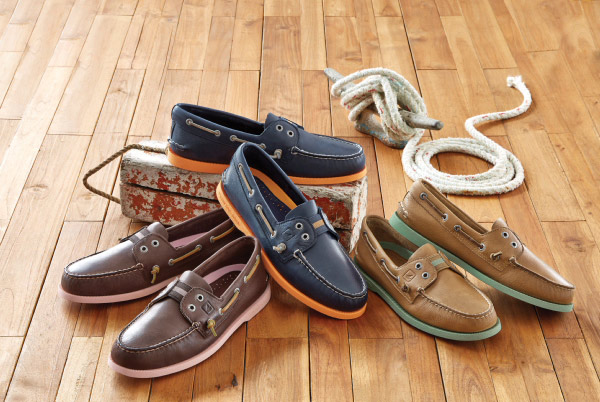 Top-Siders are still the go-to boat shoes for men and women looking for performance, whether they’re out for a sail or exploring town. They’re as much part of the American story as any other piece of footwear and their nostalgia is only surpassed by their comfort and versatile style. If you want a single shoe that will takes you effortlessly from Memorial Day to Labor Day without worry, pick up a pair of Top-Siders. And if you already have a pair, or two, take a look at the latest boat shoe designs from Sperry. You can always add more to your collection!

One thought on “There’s Plenty of Summer Left: Sperry Topsiders”