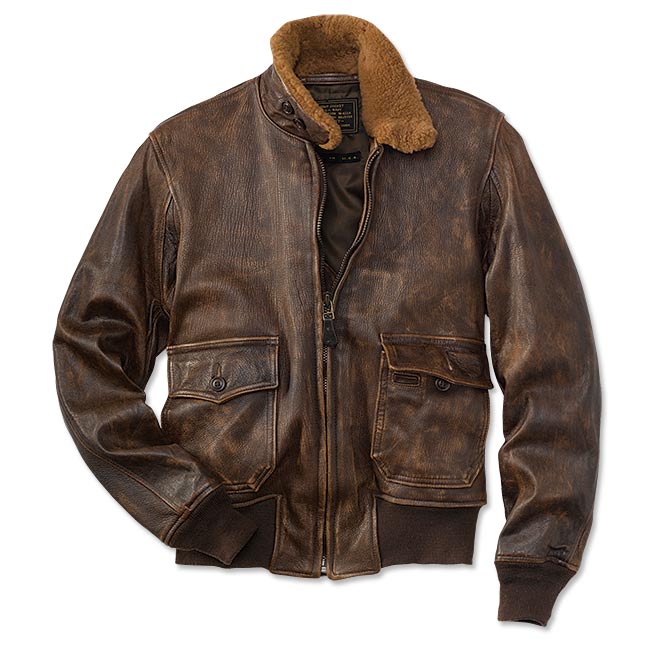 “Hey, Dad,” I wondered during one of our recent cyber chats: “Did Granddaddy ever wear one of these leather jackets during the war?” I was referring to the one in the photo up there. His enthusiastic response was, “Yes, Dad had a flight jacket very similar to the heavy-duty one shown here, furry collar and all!” With gathering excitement, my next question came right on the heels of the first: “Do you still have the jacket?” The cyber silence was killing me.

Sadly, turns out Granddaddy handed over his jacket to the United States Air Force Museum of Aviation in the 1980s, along with his Army Air Force uniform, which was still in excellent shape; I detected a note of wistfulness in my dad’s typewritten tone. To quote him, Drat.

Missing leather jackets notwithstanding, we all stand on the shoulders of the giants who wore them. It’s an expression you’ve heard before, befitting a celebration of D-Day, June 6, 1944, when Allied Forces stormed the beaches at Normandy, their troops numbering about 156,000—the largest seaborne invasion in history. Cemeteries, memorials, and museums in the area today stand as grim reminders that freedom comes at a terrible cost. As its beneficiaries, we owe so much to so many who have gone before us. 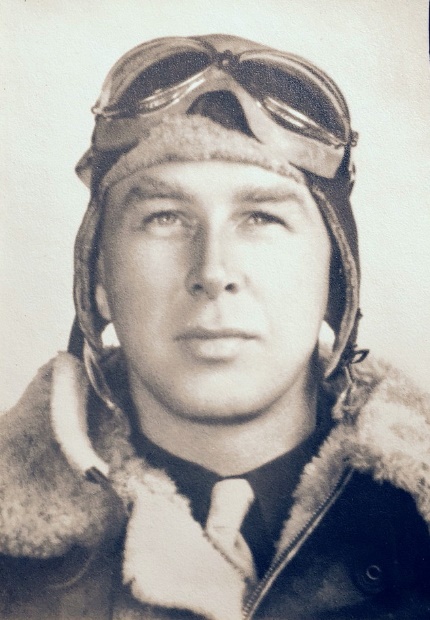 My granddad and his colleagues were giants among men, but he was not among those who made the ultimate sacrifice, mercifully, and lived a full life stateside following his WWII tour of duty. On June 6, 1944 he was still in Army Air Corps pilot training, learning to fly the huge C-46 and -47 twin engine transports routinely used to carry supplies into China from military bases in India: he flew the so-called “Hump,” a daily trek across the Himalayas and back. Dad explained that those leather bomber jackets were essential gear that helped insulate the pilots in the frigid cockpits of their aircraft during flight. He went on to explain how important a leather flight jacket would have been during early pilot training in the small, open-cockpit aircraft routinely used for that purpose. Granddaddy was probably wearing his on August 15, 1945, when Japan surrendered, effectively ending the war that had threatened the very existence of Western civilization.

Preparing for the Reality of War: Jackets of the Civilian Pilot Training Program
First came pilot training programs in Europe, followed by a similar one at home: FDR signed off on the Civilian Pilot Training Program (CPTP) in 1938, ostensibly to “provide a needed boost to general aviation.” But by 1940 the Army had commandeered it with the unmistakable intent of readying young men—and women—for war. Granddad already knew how to fly and served as a flight instructor to others before his own continued training and his dispatch to India. Pilot trainees were routinely issued jackets (the MA-1 is an example), still in production today. The weight of the world may no longer rest on its shoulders, but the CPTP jacket remembers with authentic details: an upper-sleeve utility pocket accommodates a navigation tool and writing implements, chest snaps recall the need to organize cockpit cords, and its handsome silhouette evokes a time when serious and momentous work loomed just beyond the horizon.

WWII-Inspired Jackets: Everything Old is New Again
WWII-era jackets live on. Standard military issue for Navy pilots in the 1940s included the iconic G-1 Naval Aviator Flight Jacket, pieced of goatskin leather. It’s still in production today, issued to Navy, Marine Corps, and Coast Guard Pilots, and proudly made in New York City by a company who serves as a current contractor to the U.S. Government. The Air Force has its own version of the G-1, like the one my granddad is wearing in the photo, along with the A-2 leather jacket, similar to the G-1, minus its shearling collar. Good design endures: the demands of civilian life are no match for a leather jacket made to withstand the rigors of saving the world from a fascist dictator and his evil minions. And it would seem there is no rest for the weary; far from decommissioned, the G-1 goatskin leather jacket and others of its ilk continue to play a prominent role in civilian couture. 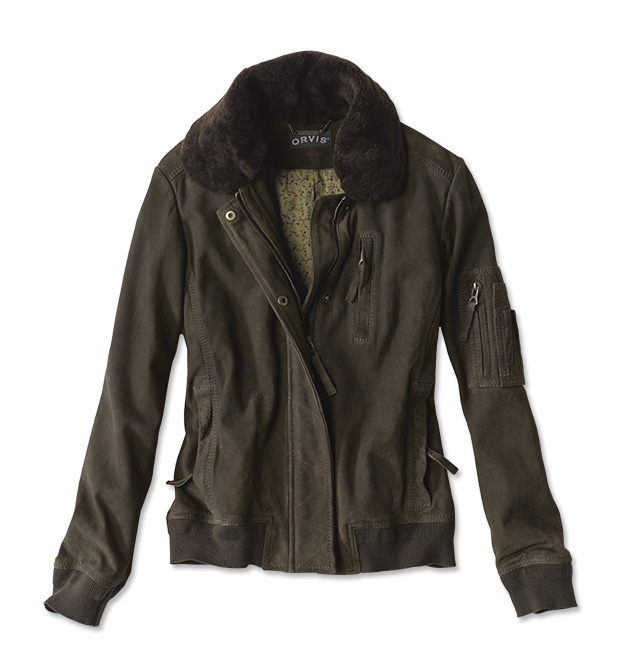 Evolved Design: The Suede Bomber Jacket
It’s a shameless copycat, but imitation is after all the sincerest form of flattery. The men’s suede bomber jacket may eschew an open cockpit, but the same basic lines evoking its wartime counterpart are unmistakable: a roomy waist-length shape, zippered front, and rib knitting at the cuffs and waist betray its pedigree. Sewn of premium pig suede, this one has raglan sleeves, snappy slanted pockets, and an interior security pocket. It’s a stylish and thoughtful tribute to its predecessors.

WWII-inspired jackets may not save the world, but they still deserve a hero’s welcome.

One thought on “WWII-Inspired Jackets: A Hero Comes Home”