In years past, when fly fishers wanted to commemorate a fish-of-a-lifetime, they often had to sacrifice the fish itself for a skin mount. In more recent times, catch-and-release has become. . . 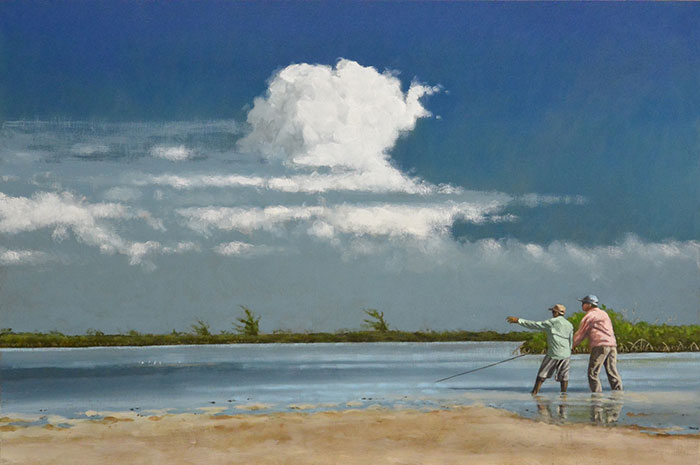 “Tail and Lights”
All artworks by Paul Puckett

Growing up in Dallas, Texas, Paul Puckett always drew and painted, and when his grandfather passed away in 1988, Paul inherited a Berkley 8-foot 7-weight rod and a bunch of bass. . . 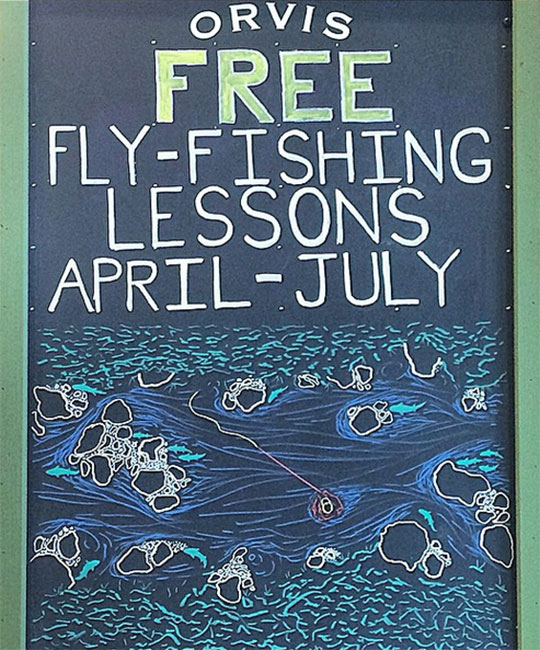 This piece is both visually compelling and educational, showing where trout hold in a stream.
All artwork by Michael Young

Orvis Greenville (SC) Fishing Associate Michael Young is occasionally tasked with doing the art on the shop’s sandwich board, where they announce special events. While he does not. . . 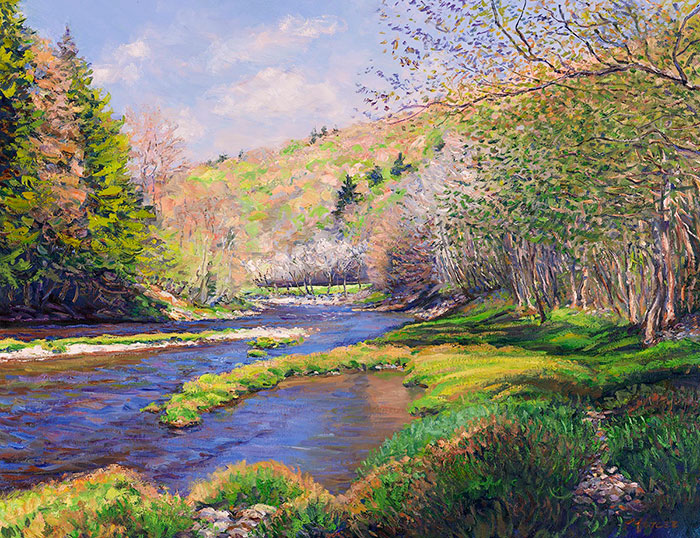 Artist Galen Mercer lives along the Battenkill in West Arlington, Vermont. Canadian by birth, he’s the grandson of two painters and the son of another, so it’s kind of in his blood. (He’s also. . . 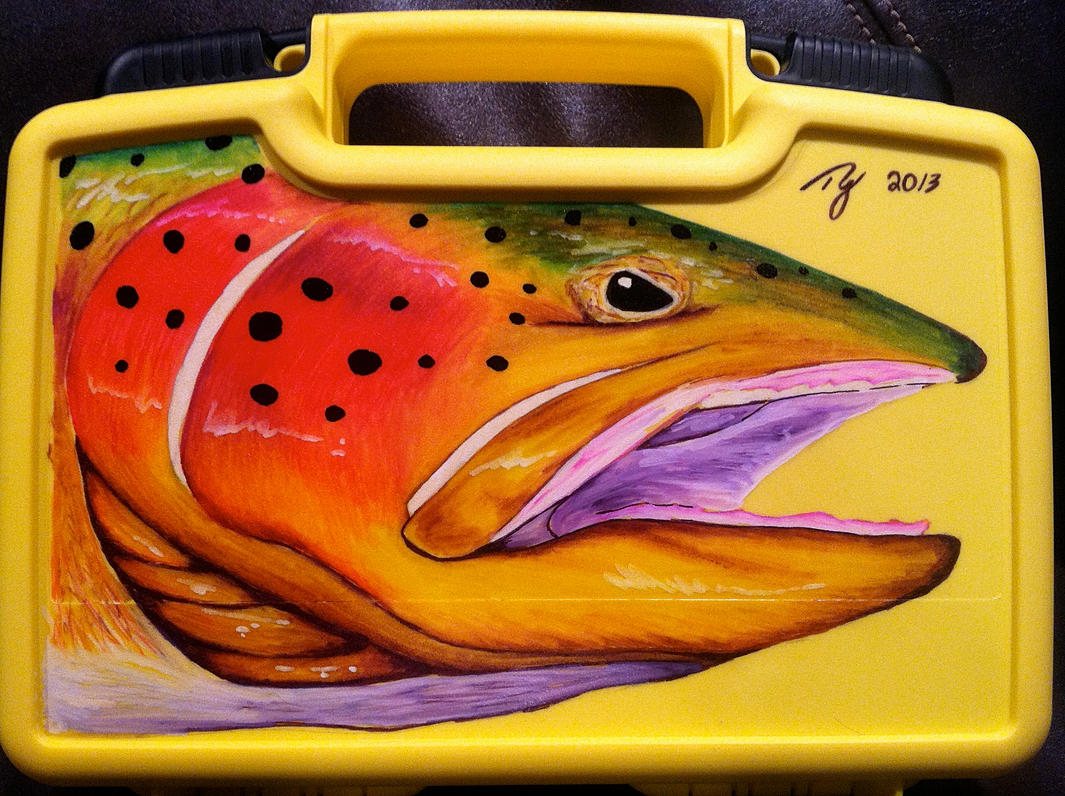 Tyler Hallock grew up in the Black Hills of South Dakota, where he often explored the back roads and hidden fishing streams and lakes in the area. He developed his love of fishing while. . . 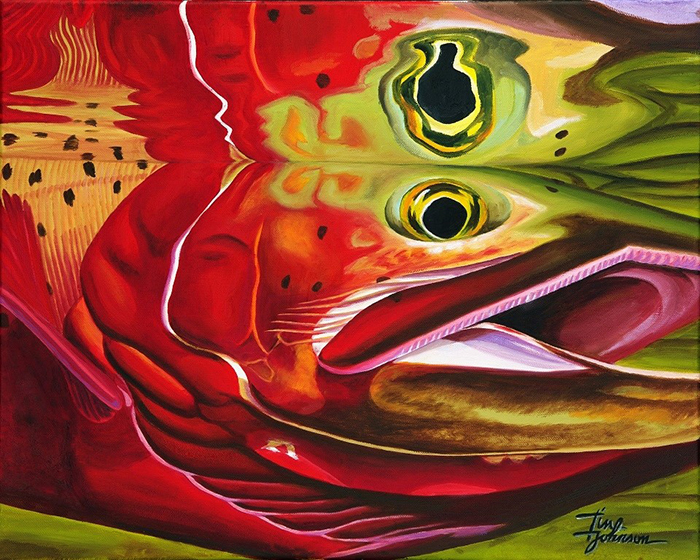 “CR Cutt Reflections,” an oil painting of a Colorado River cutty from a local stillwater.
All paintings by Tim Johnson 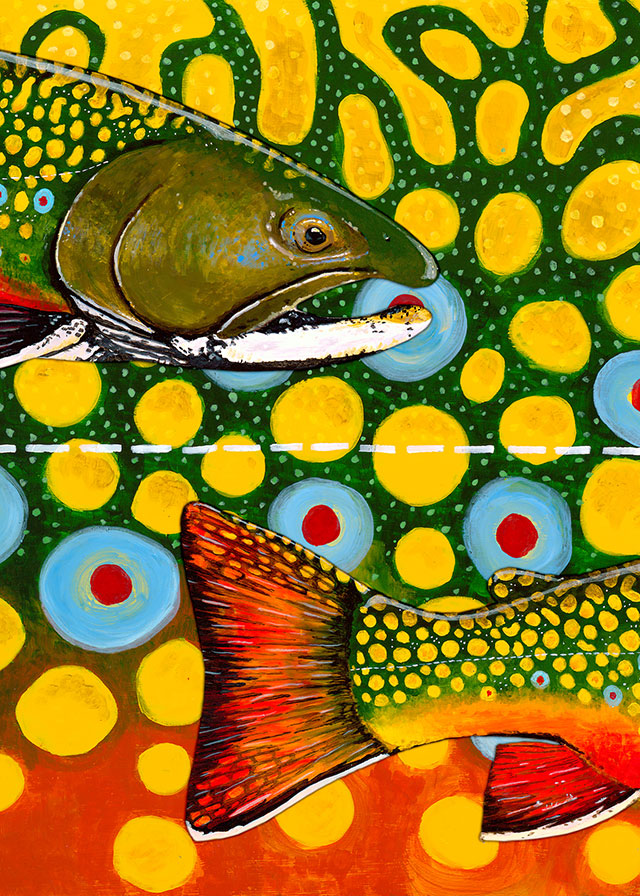 “Brook Trout” from the “Heads or Tails” Series.
All works by Nate Karnes

Growing up in South Knoxville, Tennessee, in the foothills of the Smoky Mountains, Nate Karnes had always loved the outdoors, and he had loved fishing since his dad first took him. He. . . 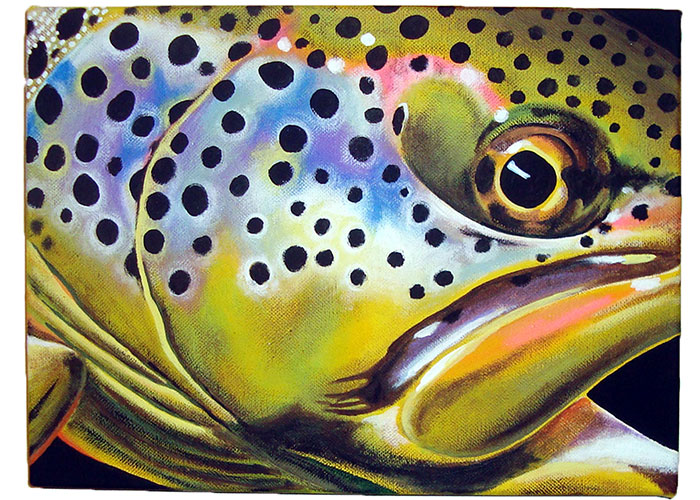 Sarah Lauridsen, who lives near the Ottauquechee in central Vermont, is both an avid fly-fisher and artist. Not coincidentally, she has discovered trout to be a favorite subject, both in the. . . 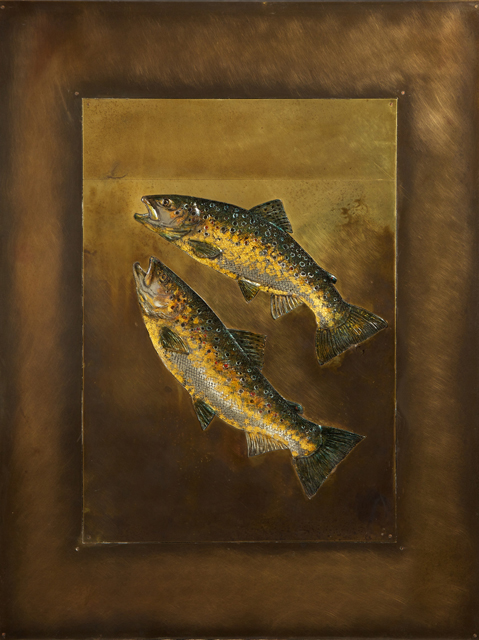 For an artist who uses traditional metalwork techniques, capturing the complexities of living game fish seems like a tall order. There’s a lot of detail to render if you want the finished work to. . .

“Brown Trout,” Oil on Masonite
All paintings by Zach Even

Wyoming artist Zach Even doesn’t look like a painter. A former state-champion discus thrower and an avid mountaineer, he has the build of an athlete who likes to test his. . .