Dutchess the Golden Retriever is giving new meaning to the cliché “Love is blind.” When a degenerative disease robbed Dutchess of her eyesight in 2010, her career as an autism ambassador and therapy dog was in jeopardy. But in the. . .

Here’s a great video of a disabled dog named Oscar Madison who doesn’t let his wheelchair get in the way of a good time. Oscar was rescued after being abandoned on the streets of New York City. He was scheduled to be euthanized, when a. . .

Here’s another wonderful video from Tails of Hope, this one featuring a brave little Pug named Pepe. Paralyzed by an accident in his home and then turned over to Pug Nation LA, Pepe has been through a lot. But through his own hard work and the love of people who are able to see beyond his disability, he has made incredible strides toward returning to a. . . 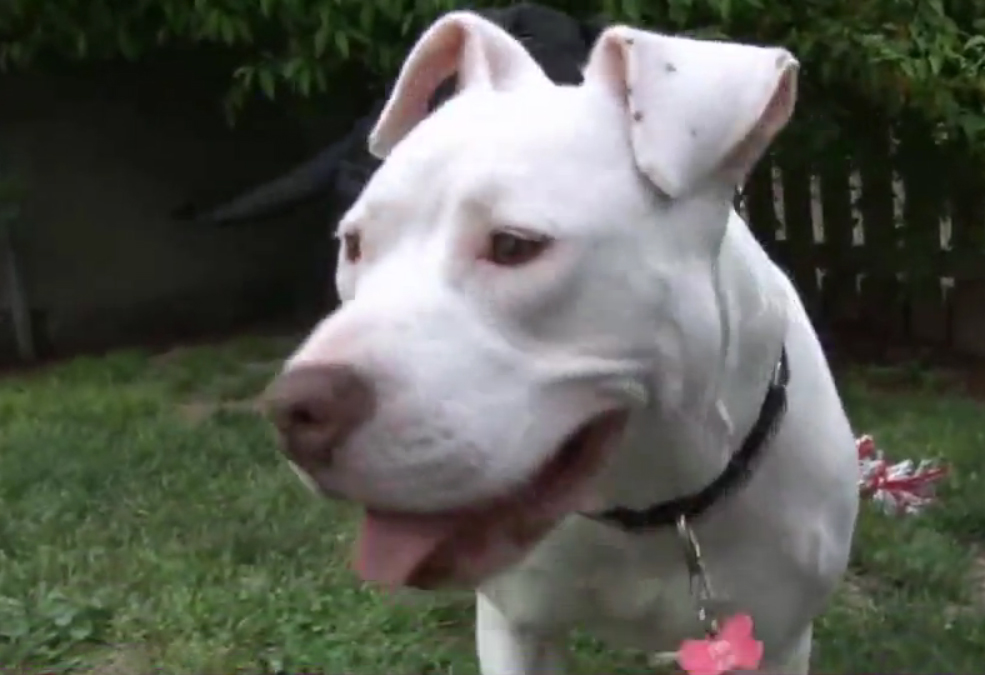 Maggie is now with an owner who appreciates her loving nature and sense of humor.
Photo via wgrz.com

Here’s a wonderful story about a dog saved from horrible neglect, chained in a backyard in North Carolina, who has found a forever home with a family that seems tailor-made for her. The poor pit bull’s previous owner hadn’t even bothered to give her a name because she is. . .

Here’s a story that would frustrate any dog owner. Thirteen-year-old Billy is blind and deaf, but he still enjoyed going to a local dog park in Orcutt, California. Woof Park displays a sign that allows “small and timid” dogs, but last week Billy was kicked out of the park by a park ranger for being too large. The dog’s owner, Marty Niles, says that Billy is too infirm to go to the big dogs park because he gets bullied by the other pups.

So Billy has become a …

Here’s a sweet video of a rescue dog named Emma, who suffers from a birth defect called Hemivertebrae, greeting her foster dad as he returns from a six-month deployment with the Air Force. Here’s the description from YouTube: . . .