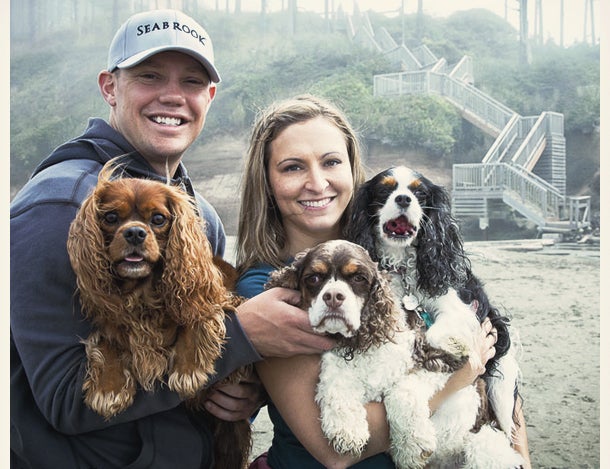 Craig Cincotta with this wife and three dogs: Fenway, Lady and Stella.
Photo by Julie Clegg, via entrepreneur.com

An article in Entrepreneur magazine by Craig Cincotta, a vice president of brand communications at Porch, describes how his dogs have taught him some useful lessons that he has applied to life in. . . 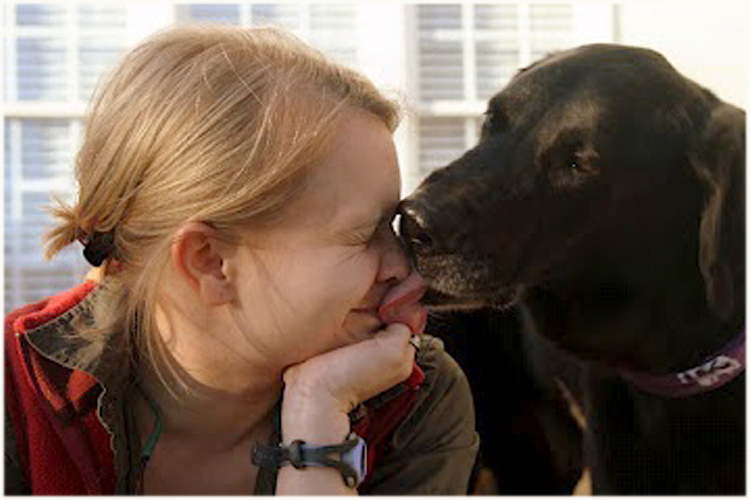 In our introduction of the “Ask the Dogtor” column a couple months ago, we alluded Dr. Bergman’s wife, Meghan, and offered a link to her website. Those who were perspicacious enough to. . . 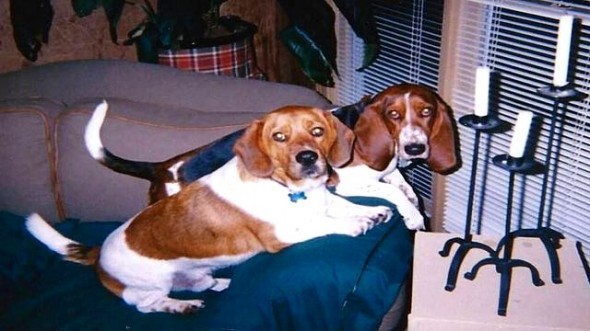 Here is a beautiful tribute to a beloved rescue dog in which the owner counts the minutes spent together over a long life, pulling out several important moments along the way: . . .

A church in Smithsburg, Maryland, has a great new idea to encourage folks to come to Sunday services: they can now bring their dogs along (one Sunday a month, at. . . A medical-alert dog named JJ will be a pioneer at Duke Medical Center in North Carolina. Seven-year-old Kaelyn Krawczyk needs kidney surgery because of a rare disorder that can cause sometimes intense reactions at any time. Luckily, JJ can. . . 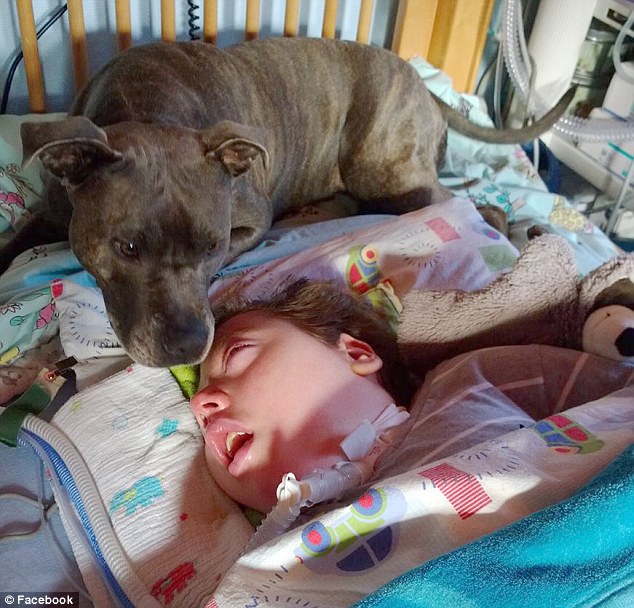 Tascha spends most of every day with Dylan, whose parents say that the dog calms him.
Photo via dailymail.co.uk

Last week, authorities in Germany were calling for a Staffordshire Bull Terrier named Tascha to be put down because she bit a neighbor’s dog in a curbside scuffle. Under breed-specific legislation, Staffies are classified as a fighting dog in the state of Brandenburg, where 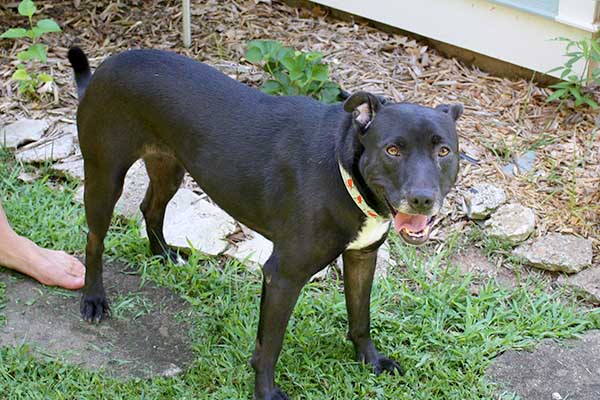 A story on Care2.com offers some helpful tips for folks whose dogs suffer from anxiety. Many rescue dogs, especially, suffer from anxiety, as a result of mistreatment, and if you have ever spent time with such a dog, you know how heartbreaking, frustrating, and. . .

Jon Katz’s new book will be published next week.
Photo by Jon Katz, via slate.com

Beloved author Jon Katz—best known for his books on dogs, such as A Dog Year—has a new one coming on next week, and slate.com is offering a sneak-preview excerpt. The Second Chance Dog: A Love Story is described as. . . 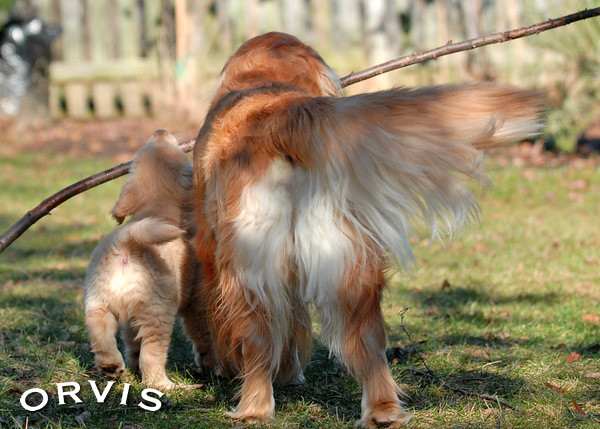 Does it matter which way are those tails wagging?
Photo by Tom, Bowie

One of the first things a person learns about dogs is that they wag their tails when they are happy. While this is true, it turns out that the tail motion conveys a lot more information. An article on NPR.com describes a recent study that explored how. . .

Last month, we featured a moving video by Eldad Hagar, of  Hope for Paws, about his rescue of Chance, a Pit Bull who had been used as a bait dog and then abandoned on the streets of Los Angeles. What was incredible about Chance’s rescue is that, . . .