Pedey has transformed from a “wild child” to a wonderful family dog.

One of Orvis’s major 2015 matching-grant campaigns is a partnership with the Petfinder Foundation, an independent nonprofit organization that supports the shelters and rescue. . . 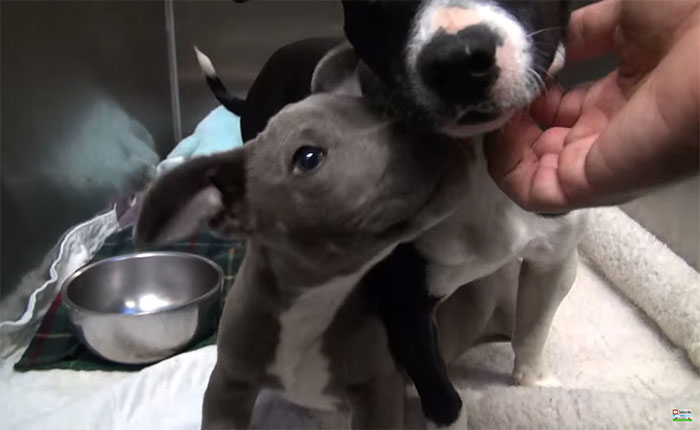 Here’s the latest wonderful rescue video from Eldad Hagar of Hope for Paws, in which Eldad and his friend Lisa are called to rescue a momma and son who are living on the mean. . . 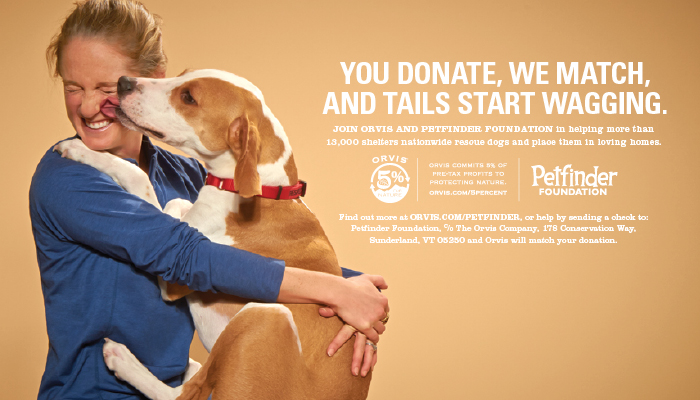 As most of you probably know by now, Orvis commits 5% of pre-tax profits to protecting nature and ensuring the health of our canine companions. One of the major 2015 matching-grant. . .

For seven months, a stray Newfoundland nicknamed “Shaggy” avoided capture in Grand Rapids, Michigan. Potential rescuers sometimes referred to him as “Sasquatch” because he was so. . .

Sis and her puppies are now safe in a loving home.
Photo via nydailynews.com

Beth Stenberg had noticed a female dog frolicking alone along Interstate 15 between the towns of Fort Hall and Blackfoot, in eastern Idaho, several times. But, this time, the dog was lying. . .

Eldad Hagar’s incredible rescue of Jordan, a dog whose owner amputated a leg and then threw the dog over a fence in the Los Angeles River, was covered last week by the TV show “Inside Edition,” and the report offered a few updated glimpses of how great Jordan is doing now. It’s so great to see him healthy and happy!

Sara Mellado of Moses Lake reunites with Theia, whom she took in and named.
Photo via news.wsu.edu

We have posted plenty of crazy and miraculous stories here on the Dogs blog over the years, but this one just might take the cake. Folks in Moses Lake, Washington were fond of a stray. . .

Talk about a change in fortune! Just three short months ago, Sky the Golden Retriever was living on a farm that raises dogs for meat in South Korea. But thanks to Golden Retriever Rescue of. . .

Kimberly is reunited with her owner after several days on the ice.
Photo by Dawn Kendrick, WKYC-TV

Here’s a wonderful story about how a community, and a news team, came together to ensure that a young Black Lab made it home after being stranded on the ice of Lake Erie for several. . .