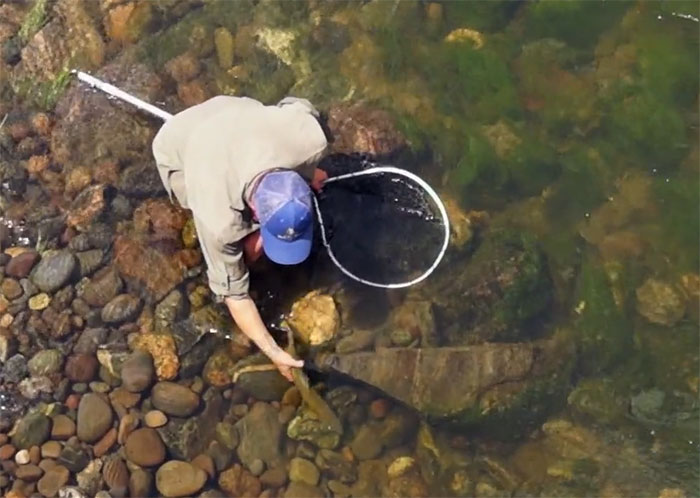 Check out this killer video from Colorado’s Gunnison River, featuring two brothers who make their lives on the water. Here’s their description of the action: . . .

Bill Buchbauer with a nice rainbow from a productive spring creek in Los Alerces National Park, Argentina
All photos by Brett Seng 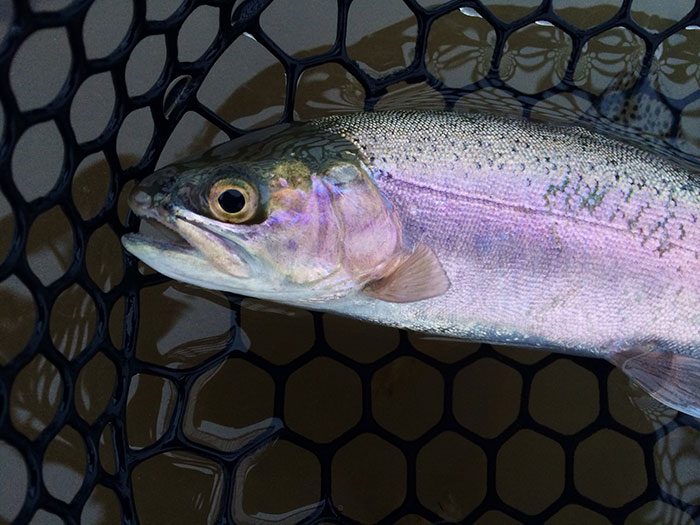 It took a while, but Phoebe finally got the skunk off, both figuratively and literally.
All photos by Phoebe Bean

I have slowly come to realize how spoiled I was in Vermont while working for Orvis. Putting aside all of the other awesome aspects of my job, I was able to fish nearly every day, due to the. . . 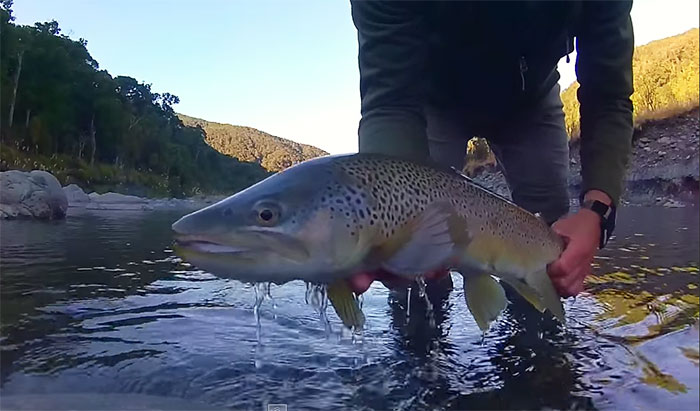 Andrew Harding (a.k.a. “troutboynz“) shot this great video on a solo backcountry trip into the mountains of New Zealand’s North Island over the weekend. But in a place where he expected. . .

Dave Perkins is testing out his new Recon rod on the South Island. He seems pretty happy with it.
Photo courtesy Dave Perkins

Orvis vice chairman Dave Perkins is fishing out of Stonefly Lodge this week, enjoying some killer sight-fishing on the South Island of New Zealand, and he emailed this photo over the. . . 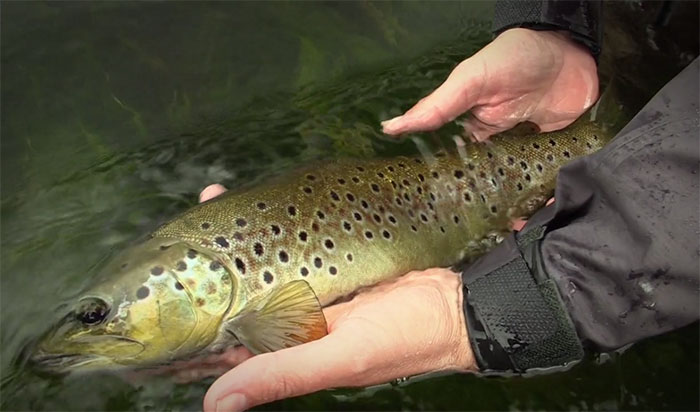 Here is a gorgeous trailer for an upcoming DVD about fly fishing for brown trout in the Dordogne region of southern France. The scenery is spectacular, and the fishing looks technical and. . . 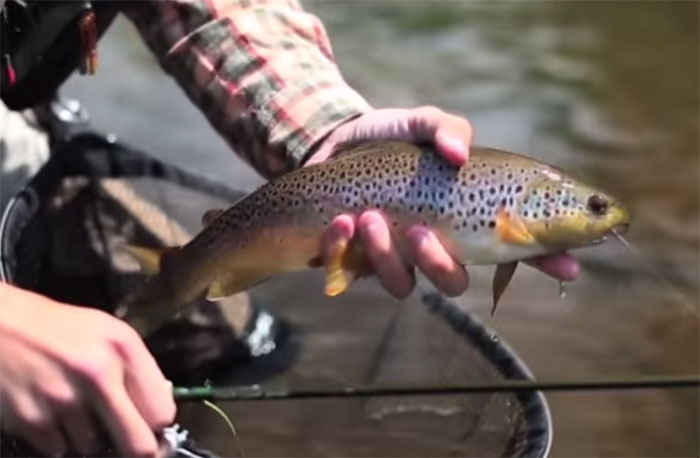 Here’s a gorgeous video from Wales, featuring a couple of anglers Czech-nymphing for wild brown trout. This shows how good filmmaking and editing can make something pretty special from. . . 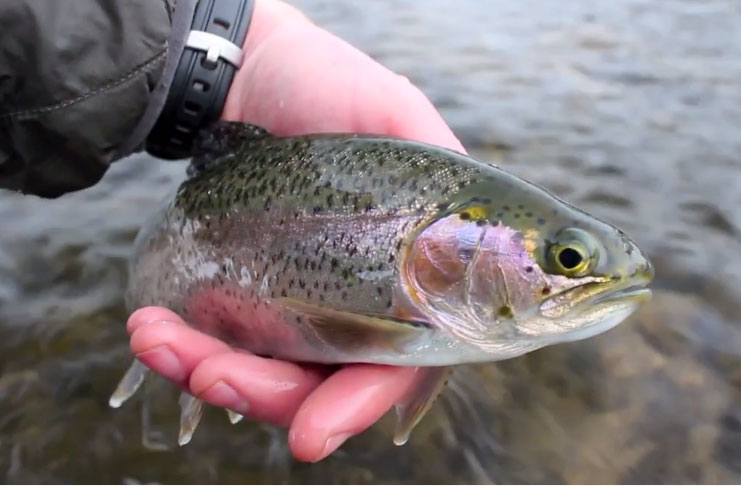 Here’s a sweet little edit from Jared Koenigsfeld, showcasing the cold-weather trout opportunities in a state not known for its fly-fishing. But the Hawkeye State does have some excellent. . . 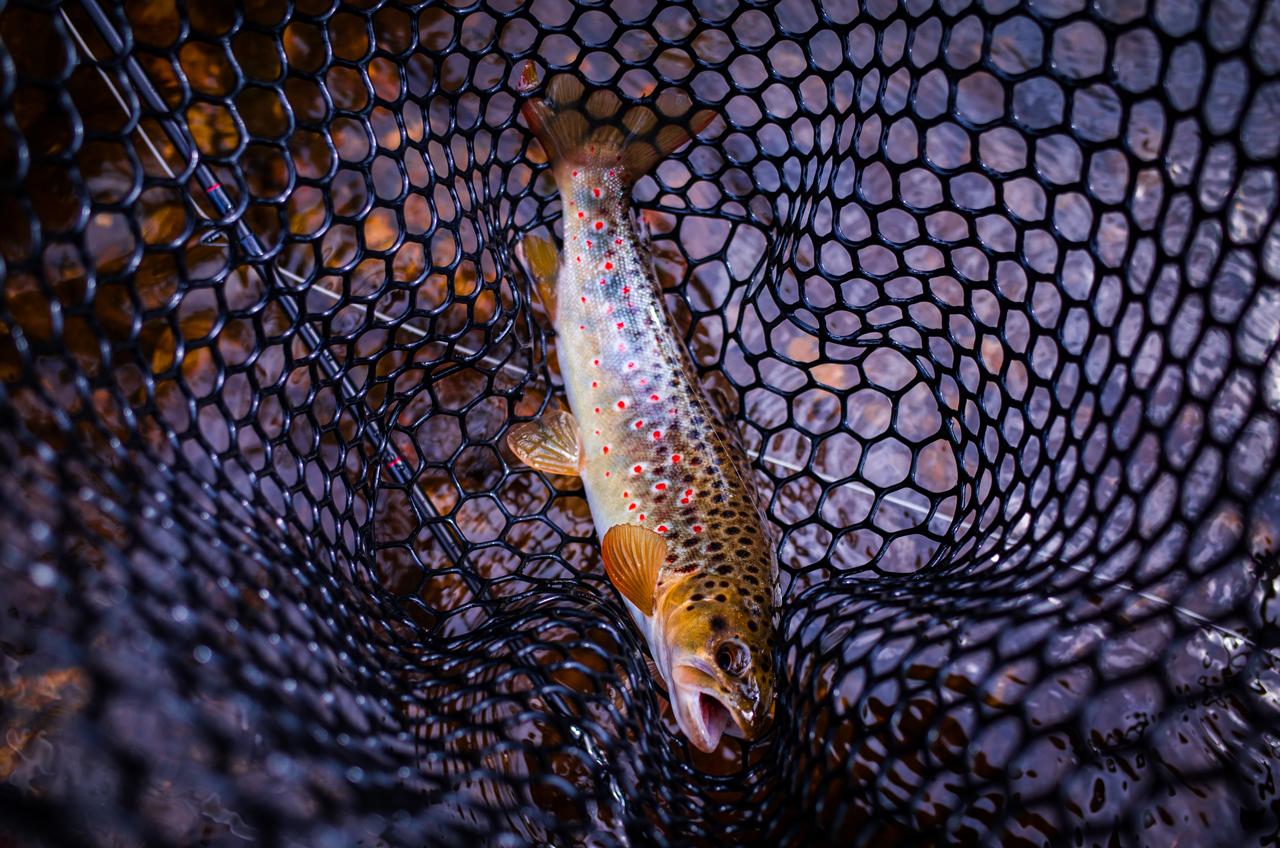 Here’s a healthy-size brown, especially for a small stream, by Australian standards.
All photos by Clara Williams Roldan

As the winter fishing season continues in North America, the Southern Hemisphere trout streams are just reaching their most productive time of the year. Most people know about the trout angling mecca that is New Zealand, but far fewer know about fly fishing in Australia. Around. . . 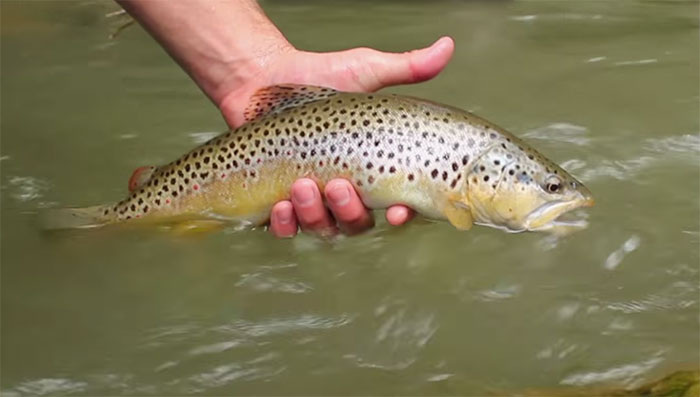 Gilbert Rowley made this cool video from a day out with his buddy, Derek Kohler, on a small Wyoming stream. They dodged rattlesnakes and used Euro-nymphing techniques to catch. . .