Like the two species to which is it closely related—Arctic char (Salvelinus alpinus) and bull trout (Salvelinus confluentus)—the Dolly Varden (Salvelinus malma) is a true char that is found . . .

Here’s a gorgeous video about a team of anglers who set out to find some of the largest most beautiful char in existence, wild Dolly varden. They found what they were looking for, but it. . .

Here’s a pretty remarkable pair of videos from Youtube user Norman Dreger. In the first, above, a bald eagle attempts to steal the Dolly Varden that Dreger is fighting. When the eagle fails, there’s a little bit of gloating on the angler’s part, but that doesn’t last long. Watch the video below for. . . 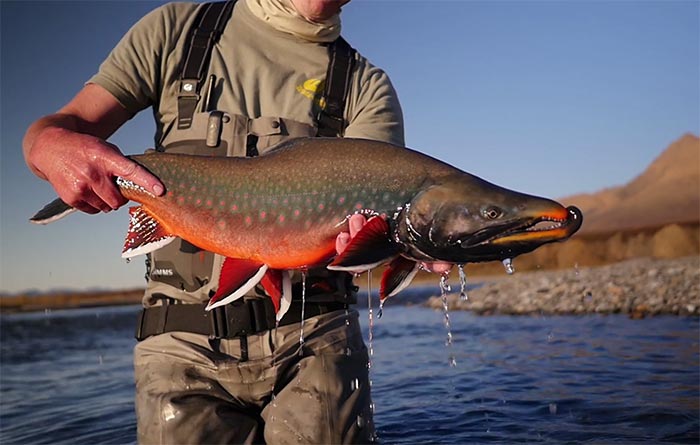 Derek Olthuis has been obsessed with char for a long time; you may remember this epic photo of a bull trout he caught back in 2012. For his latest film, he and his buddies chase brook trout, . . .