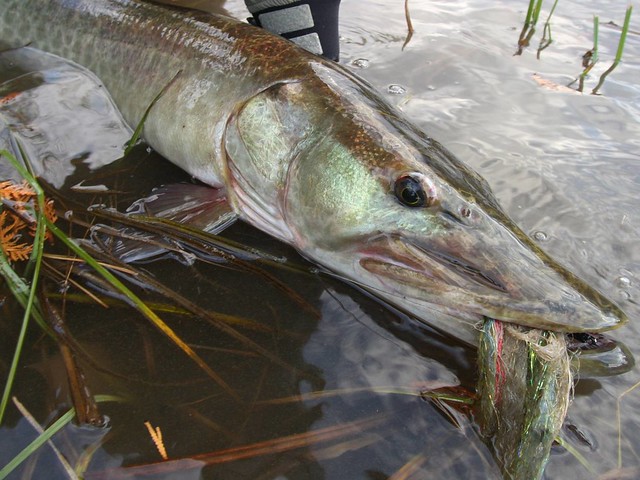 Kip Vieth, of Wildwood Float Trips, has been our musky expert for awhile. (See his 10 Tips for Catching a Musky on a Fly and Mastering the Figure-8 for Musky.) Here, he shows you. . . 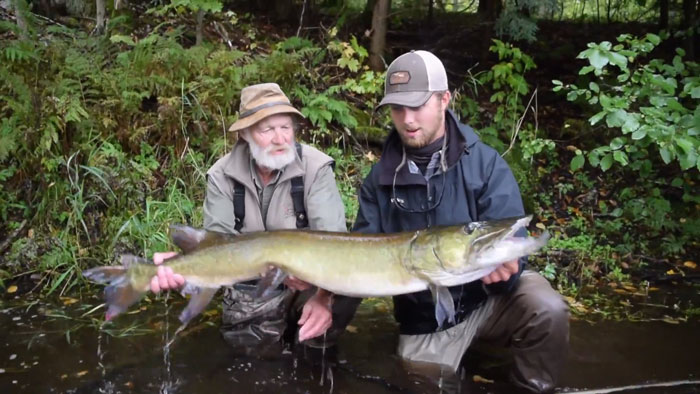 Have you ever wondered why some fly fishers become obsessed with catching a musky? Well this video goes a long way toward explaining that phenomenon, and it includes a cool interview with . . .

In some parts of the country, the end of summer into fall is a great time to chase northern pike and muskellunge. Here are two great videos from the Orvis Fly Fishing Learning Center, in which Tom . . . 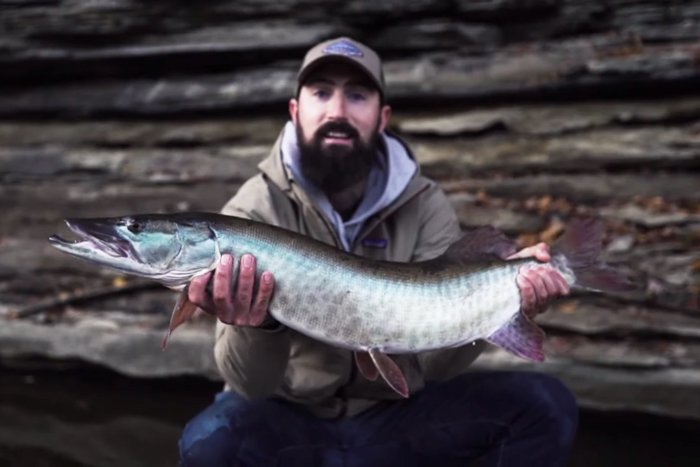 You’ve heard all the cliches before: the fish of 10,000 casts, etc. Undeterred, the boys from Backyard Adventures headed to McMinnville, Tennessee, to see if they could catch one of these toothy . . . 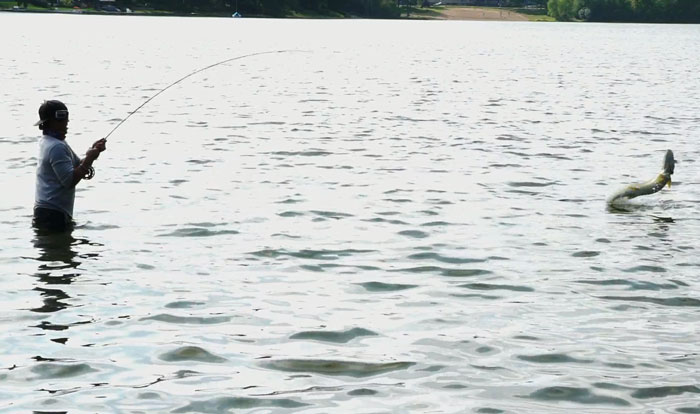 Ken Tanaka of  Wish4Fish headed to Minnesota in search of big muskellunge, and he seems to have hit the jackpot with this 40-incher, which he hooked while wading(!). The fish takes to the air . . . 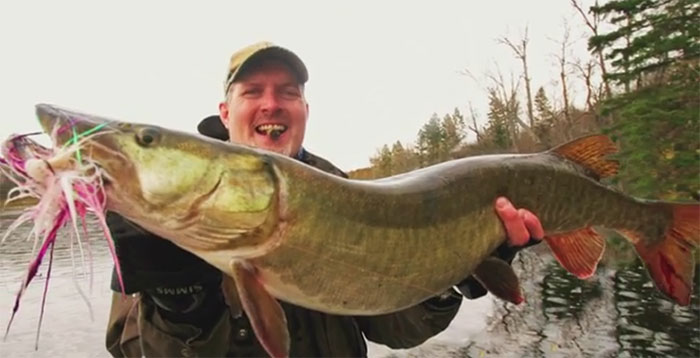 When you’re heading out on the water for muskies, you’re heading into a battle with a serious fish, so you’d better be prepared/ In this video, Kip Vieth of Wildwood Float Trips walks you through all the extra. . . 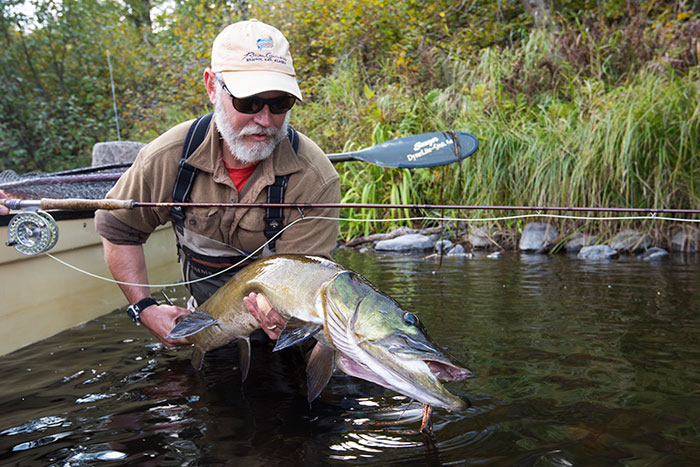 Bob White, the respected artist and legendary fly-fishing guide, sure knows how to throw a great party. Bob has learned that if he brings the right anglers together at the right time and in the . . . 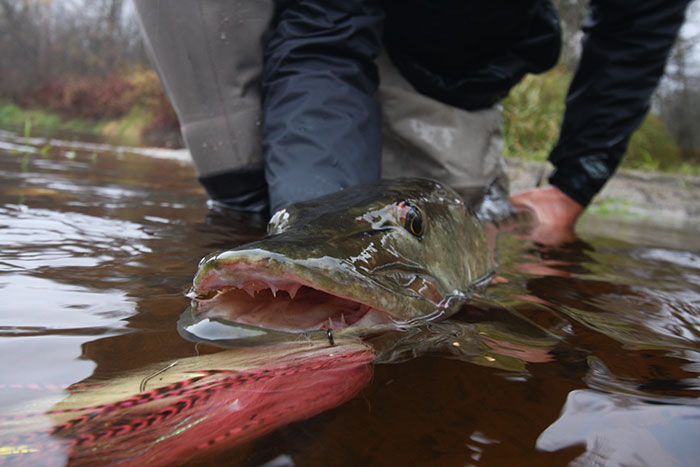 Once you start chasing muskies, it can be difficult to stop.
Photo by Kip Vieth

Do you really want to fall into the downward spiral of a musky addiction? Many of my smallmouth clients ask me about musky fishing every year, and that is the response I usually give. . . 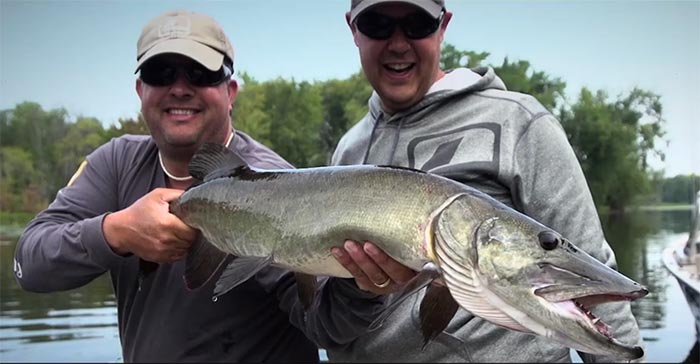 Check out this great trailer for a film from Vantage Point Media House called “The Pursuit,” about chasing big muskies with fly rods in Canada. This group of anglers seems to have bonded. . . 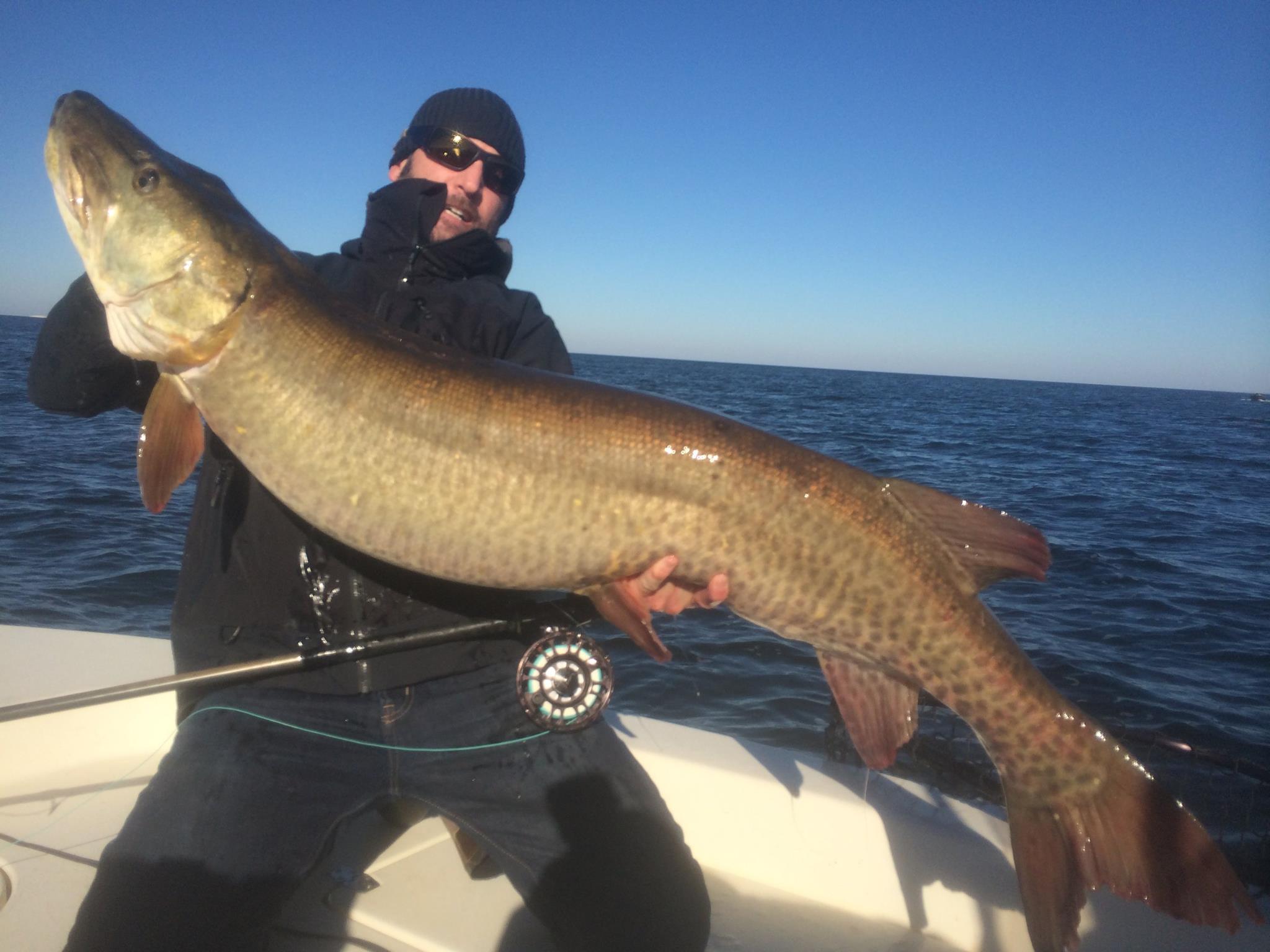 If you’ve got a bunch of fly-fisher Facebook friends, you’ve probably already seen the photo below, of the incredible Muskie that Robert Hawkins—owner of Bob Mitchell’s Fly Shop in Lake Elmo, . . .

Take the journey, follow the water, and learn why restoring the Everglades watershed is the largest environmental restoration project in history and one of the defining conservation efforts of our time.
https://www.orvis.com/follow-the-water-florida-bay.html