That is a whole lot of wild Alaskan steelhead.
Photo by Tom Evenson

Andrew Pierce, Orvis Sporting Traditions Marketing Manager, took his first trip to Alaska last week, to chase steelhead at Alaska’s Boardwalk Lodge. Here’s a great sequence of him fighting and landing a 35-inch fish, which was also his first. . .

Aaron Fox, who guides for PRO Outfitters in Montana, sent us this great photo, along with a note:

I caught this bull trout a few weeks ago while streamer-fishing with my new Access rod. I set up the 6-weight with a 200-grain streamer tip and one of my Sculpzilla-style flies–dark olive and black with a good bit of. . . 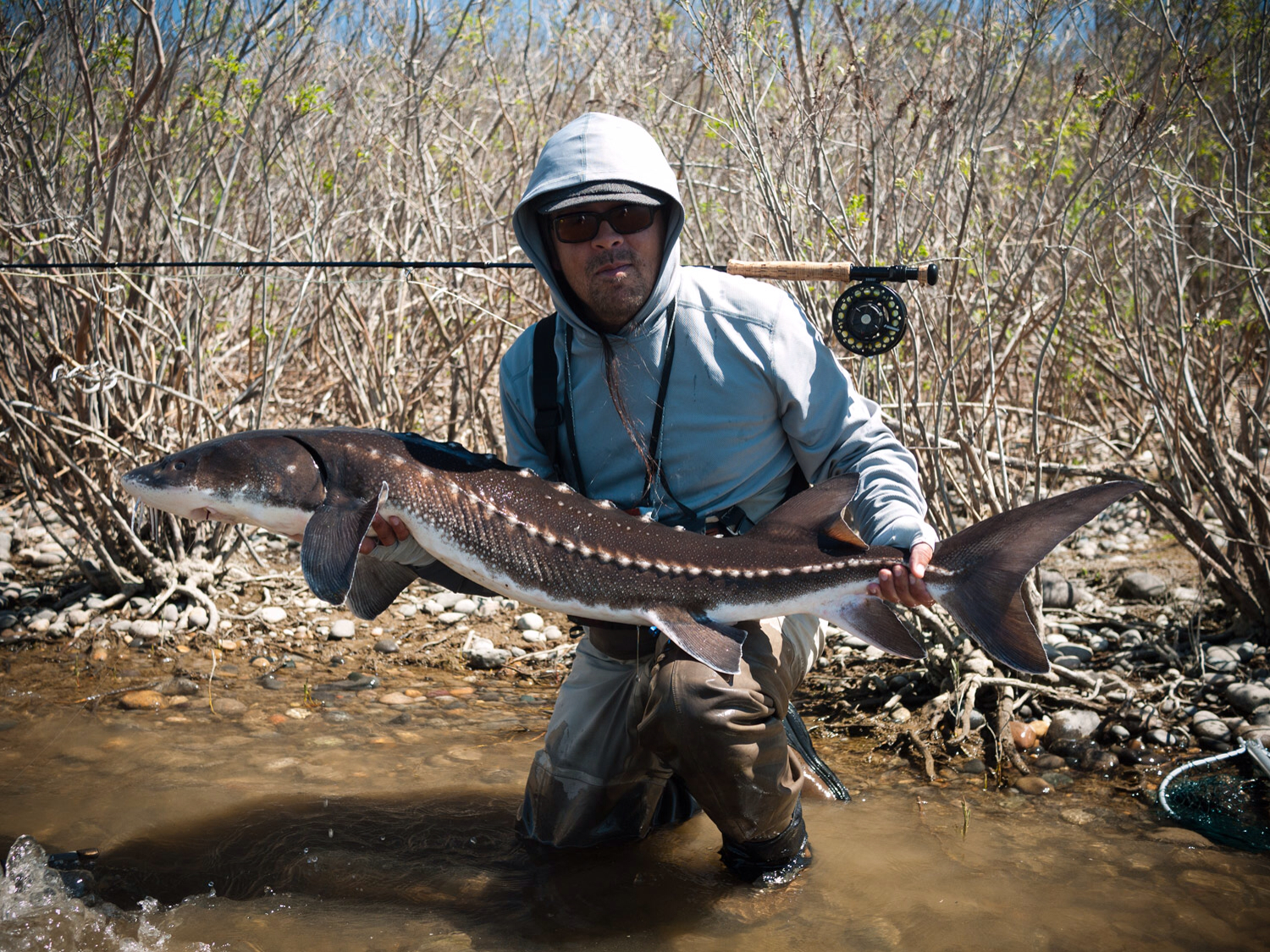 Carp are certainly cool, but a sturgeon on a fly is downright amazing.
photo by Mark Vandehey

[Editor’s Note: Oregon angler “John Montana,” who runs the Carp on the Fly blog sent me these amazing photos and the story behind them today. All I can say is “Wow.”]

On Sunday, I was on the flats chasing carp with my buddies David Nakamoto and Mark Vandehey (the man behind the camera), when a good day quickly turned into an. . .

Every spring, the guides at Falcon’s Ledge get ready for the upcoming season by spending as much time on the water as possible. It also means that the annual Orvis Guide Rendezvous is fast approaching. This year, the guide rendezvous was held in. . . 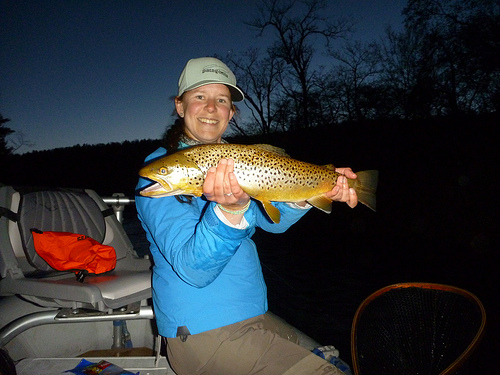 As demonstrated by Sam Brown’s beautiful trout we featured last week, the Hendricksons are happening on the Battenkill here in southwestern Vermont. Christine Penn—Merchandise Coordinator and Analyst for Orvis Rod and Tackle—has been putting in her time on the water, and here are the spoils of her efforts. She took the fish below. . . 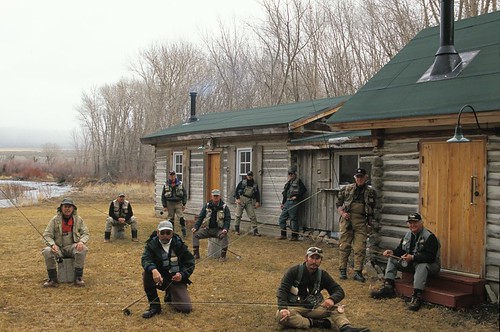 Many of us have been meeting to fish together for over 30 years. We’ve rendezvoused on the Green, San Juan, and Crowsnest rivers, to the Blackfoot and Crowley Lakes, and now we meet yearly on the Nunya* River in Idaho. Dick Dahlgren, on the far right, built the cabin from three turn-of-the-century abandoned cowboy cabins that he found, photographed, numbered, tore down, and re-assembled as one. He has since. . . 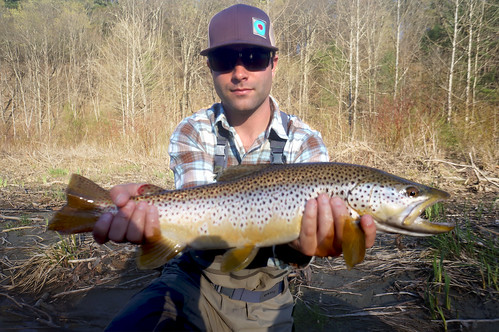 The Hendricksons are hatching on the Battenkill, bringing big trout to the surface.
photo by Shawn Combs

A finance analyst, Sam Brown isn’t in the Rod & Tackle department here at Orvis, but he obviously knows how to wield a fly rod (aside from being the current office 40-yard dash champion). He took this fine brown trout last night on the Battenkill, while floating a New York stretch with rod designer Shawn Combs and casting instructor Pete Kutzer. Here’s his story: . . . 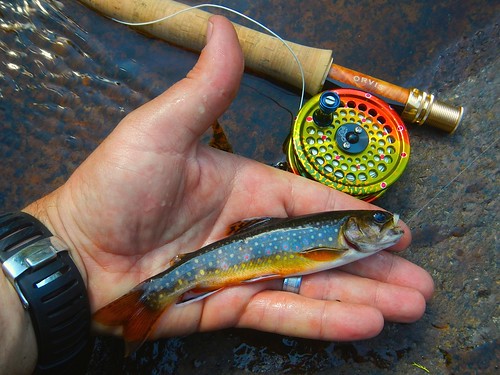 People generally don’t think of Yosemite National Park as a fly-fishing destination. They think of its sheer granite cliffs—Half Dome and El Capitan—the waterfalls, Yosemite Valley, and the High Sierra. At some point during my time fly fishing, my thinking and perspective has gone from catching as many fish as I can, to catching the biggest fish I can, to catching fish in the most. . . 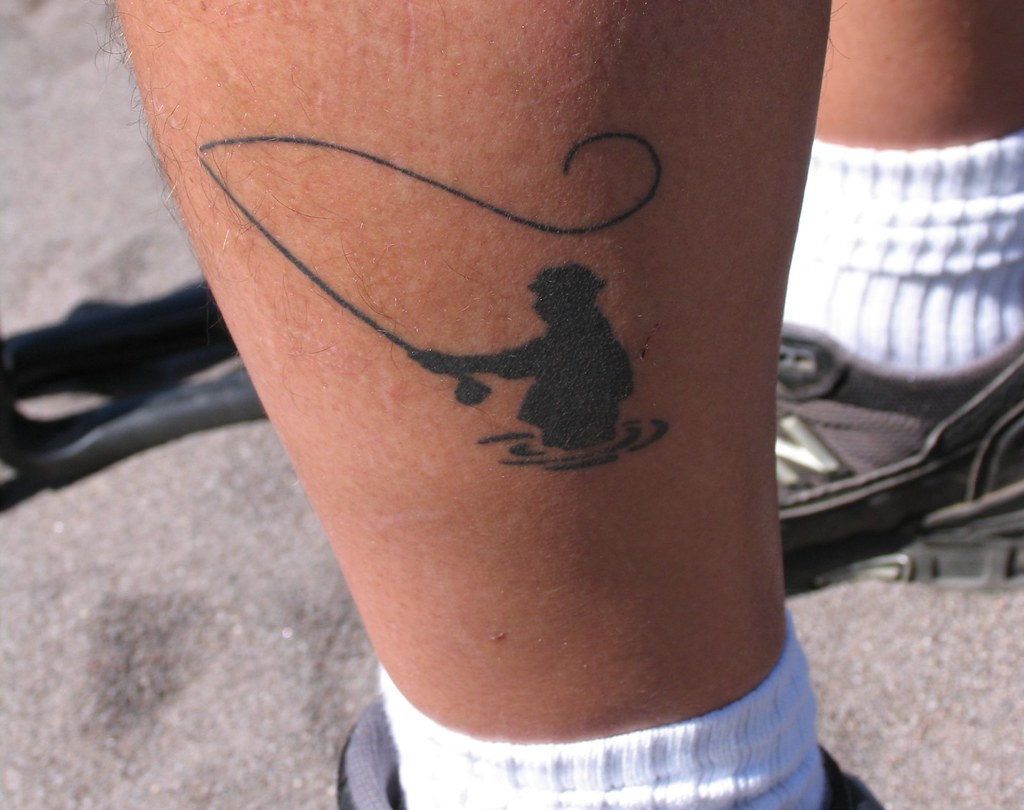 Body art is everywhere these days, but much of it is garish and over-the-top. I
appreciated the classic, understated look of this tattoo, which I noticed on the
leg of an attendee at the Sandy River Spey Clave in Gresham, Oregon.
Photo by Phil Monahan
Read More 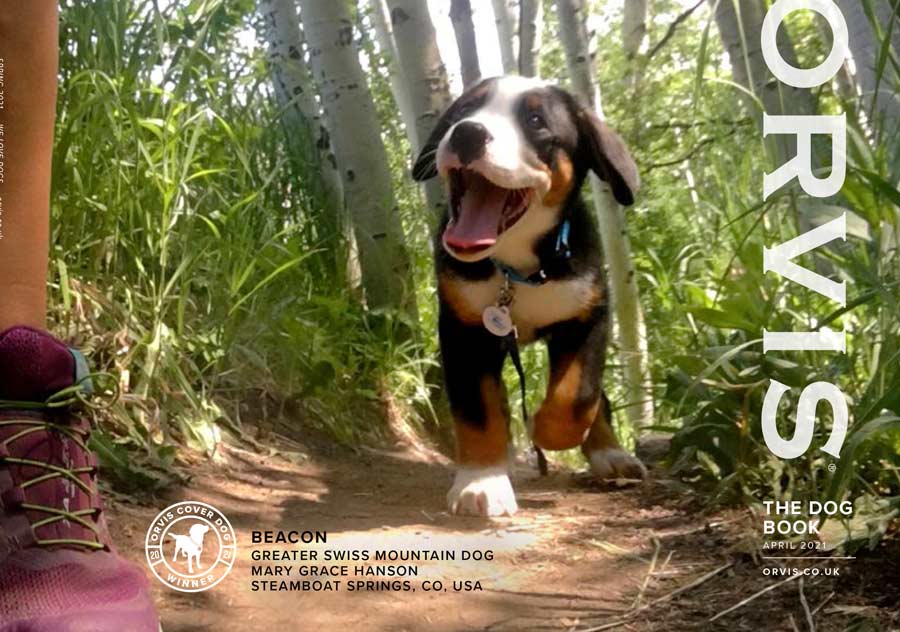 It’s that time again to announce our Orvis Cover Dog Contest winners who will appear on our 2021 Summer and Fall Dog Books. As always your photo...