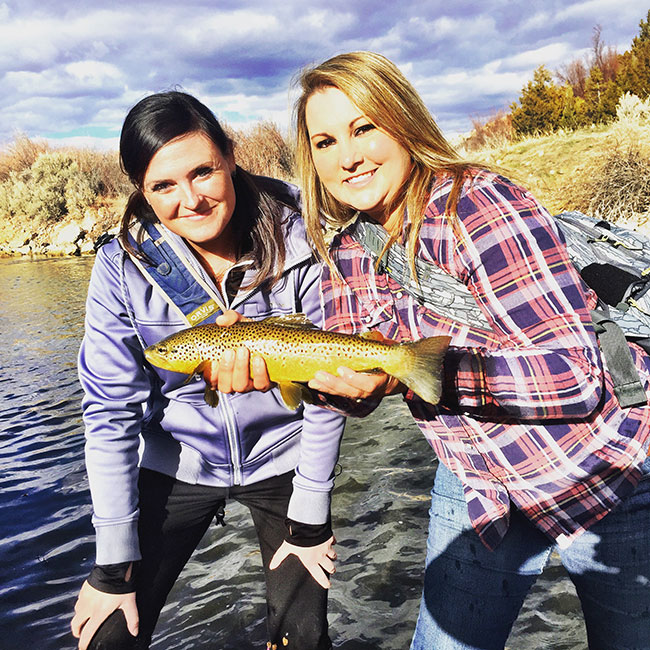 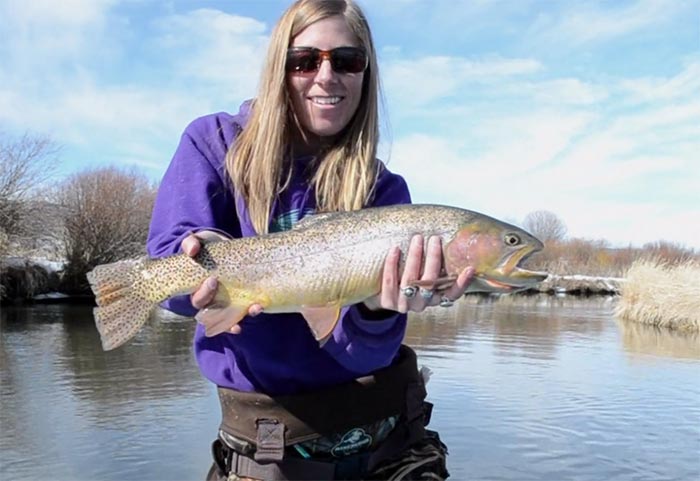 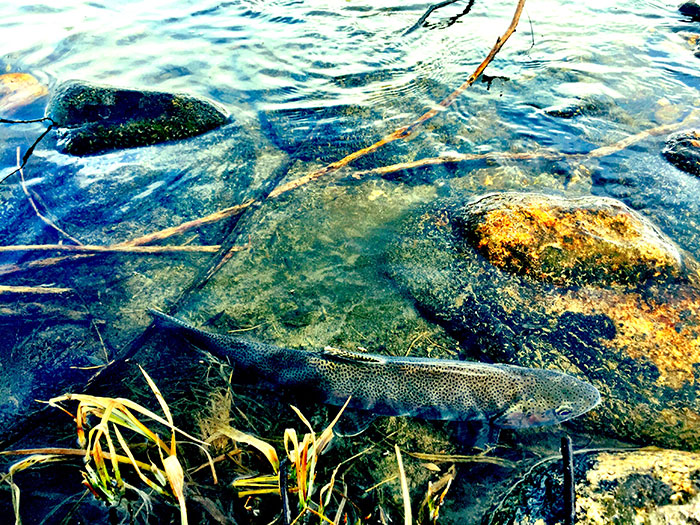 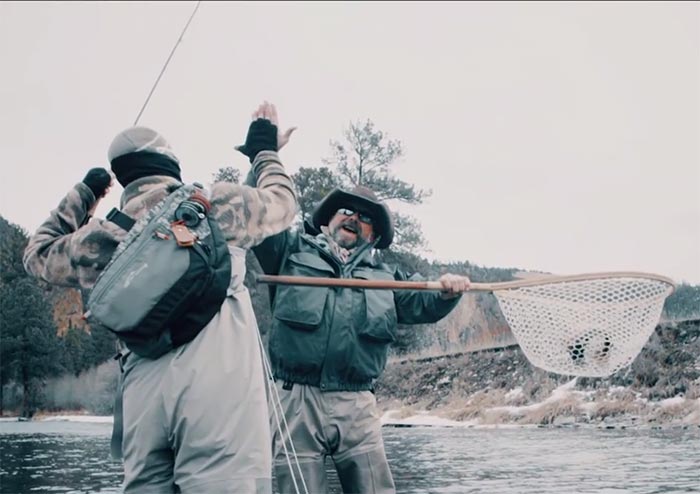 Cabin fever is a serious malady, so Joe Cummings and his buddies schedule an annual late-winter trip to help shake off the cobwebs and get ready for the serious fishing to come. As you’ll see, . . . Scan the Clark Fork watershed on any gorgeous day and you’ll see thousands of anglers, rafters, tubers, birders, hikers, and others in, on, and around the water. Zoom in and you’ll hear. . . 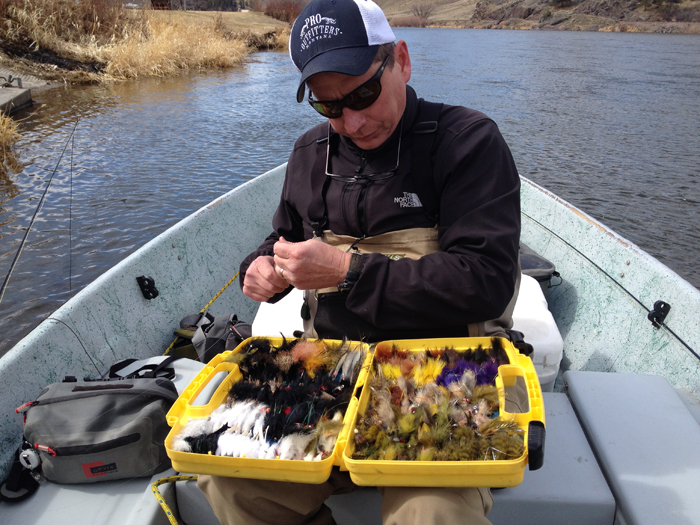 Guide Todd Everts of PRO Outfitters has been guiding on the Missouri for a quarter century, so he knows a thing or two about what the trout like to eat. In spring, that’s often streamers. . . 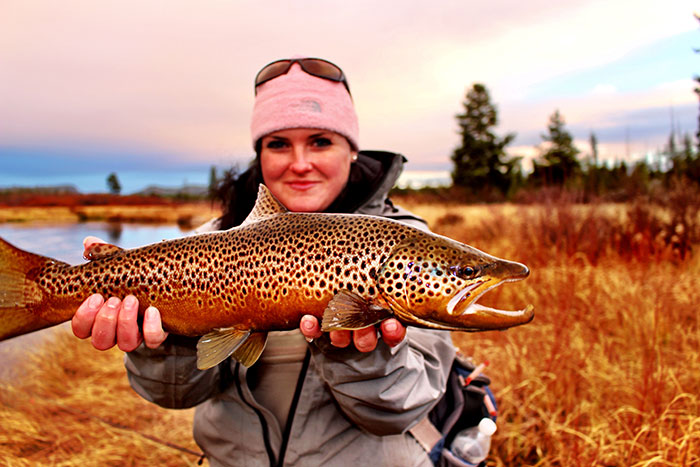 Maggie Mae shows off a gorgeous Madison River brown, from inside the Park.
All photos courtesy Maggie Mae Kuhlman

Lone Mountain Ranch guide (and former Trout Bum of the Week) Maggie Mae Stone sent in another great set of photos from Yellowstone National Park, along with a. . . 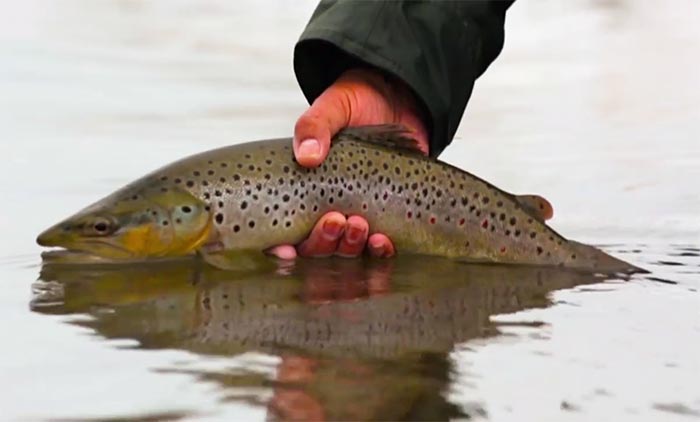 The coldest day of fishing I ever endured was in Montana, where the mercury read 17 degrees Fahrenheit. But the fish was great, which helped a body feel a lot warmer (but not the. . . 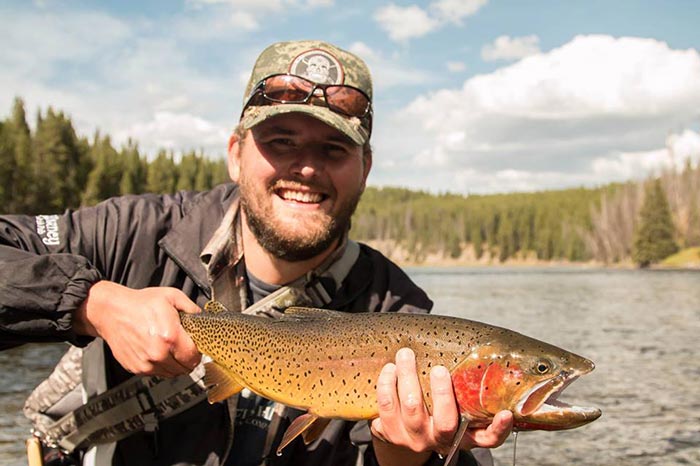