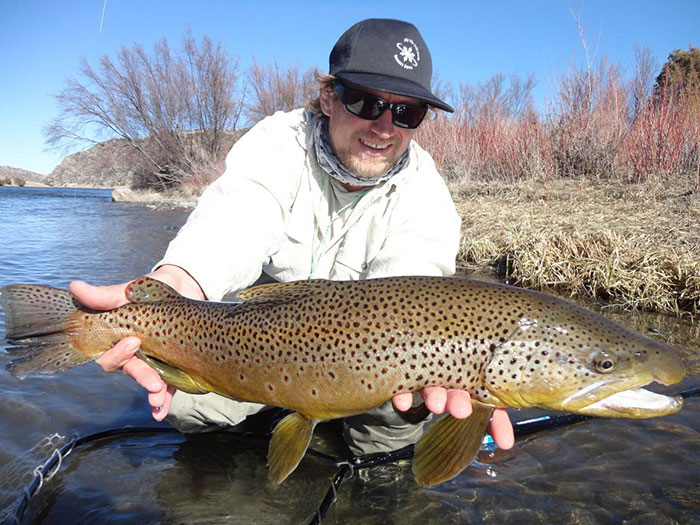 One of our Montana Angler guides, Bill Buchbauer, landed this huge, early-spring Montana brown on Monday while stripping streamers in the Madison River. This is why people travel to. . . 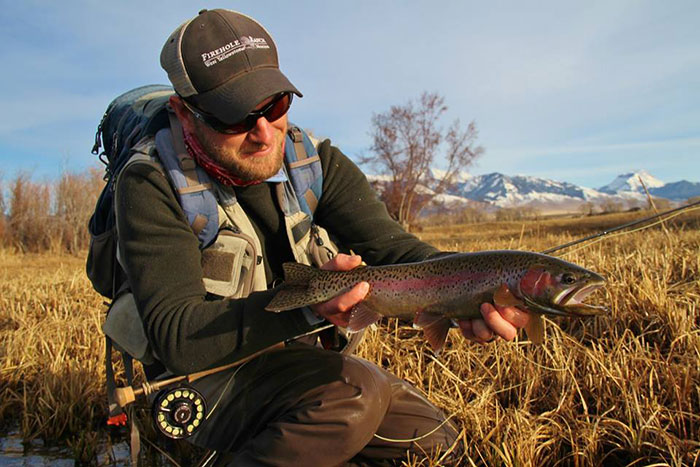 Brady with a beautiful Madison rainbow. Would you ever guess that this photo was taken in February?
Photos courtesy Firehole Ranch

Josh Duchateau and Brady Hughes, Firehole Ranch guides, have been taking advantage of the unseasonably warm weather here in Montana to spend even more time on the water. Josh says, “This has to be the warmest winter I have experienced anywhere in my life. Pray for. . .

If you’re heading out on the river to fish streamers in winter, you need to think a little differently. Here are a few of my best tips for adjusting tactics to score when the mercury is low: . . . 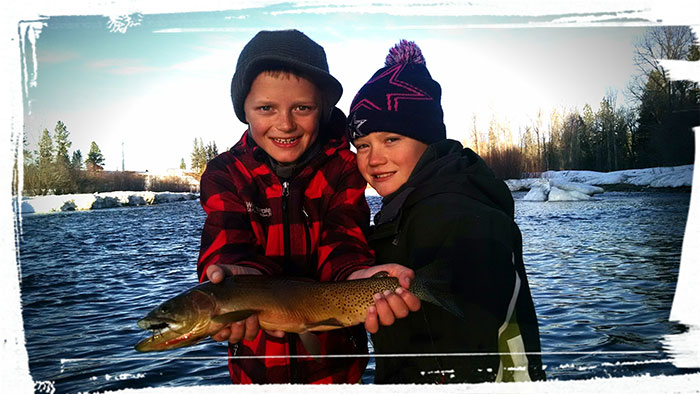 Dawson Herzer (left) and his buddy JJ have been enjoying the fine western Montana weather.
All photos by John Herzer

After a serious head start on winter, both in cold temps and snowpack, Western Montana has warmed up. The past couple of weeks of above-average temperatures and atypical high pressure along, with its bright sun, have freed the local rivers from ice. Typically, just a few days of sun. . . 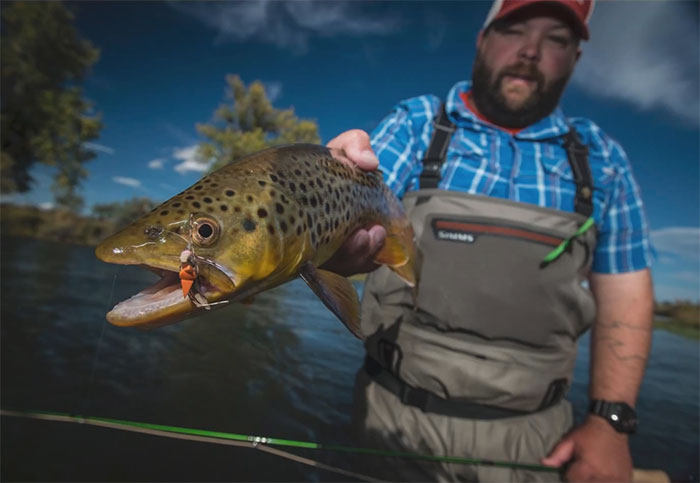 Galletta says that many anglers overlook the killer terrestrial fishing on the Bighorn.

Have you dreamed of fishing the famed Bighorn River in Montana? If you’re not from Big Sky country, traveling there to fish can be intimidating. How do you know what to expect the. . .

If you love fly fishing in Big Sky Country—or if you just like daydreaming about it—you’ll want to check out the new issue of Montana Fly Fishing, and online magazine. The winter 2015. . . 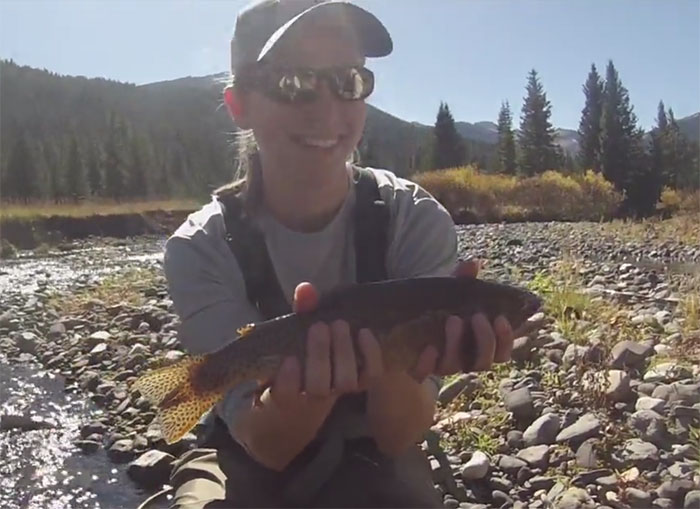 This video doesn’t have the greatest production values, but it offers a cool look at the small-stream fly fishing in the freestone streams at elevation in the Absaroka Beartooth Mountains in. . . 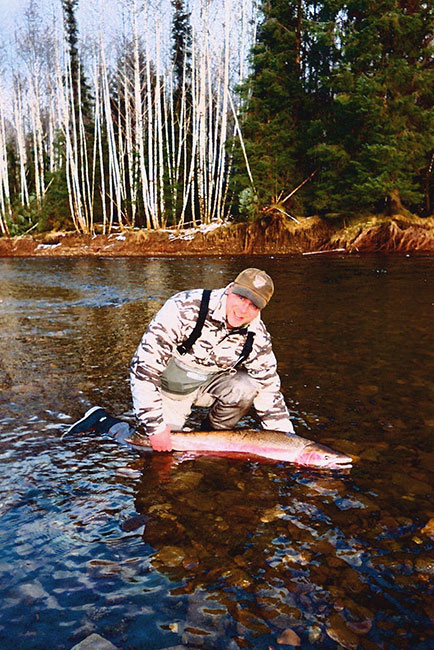 Todd Tanner is a freelance writer and former fly-fishing guide whose work can be seen in every issue of Sporting Classics (in which he writes a column), as well as a host of other sporting publications. A native of New York State, Todd now lives in Bigfork, Montana, where he also 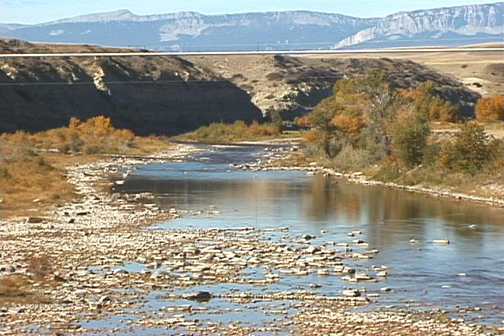 On the arid Rocky Mountain Front, water scarcity is a constant. The Sun River flows 70 miles from its headwaters in the Bob Marshall Wilderness out of the Rocky Mountain Front to join the Missouri River outside the town of Great Falls, Montana. Although rugged in its mountain beauty, it is often called “next-year country,”…