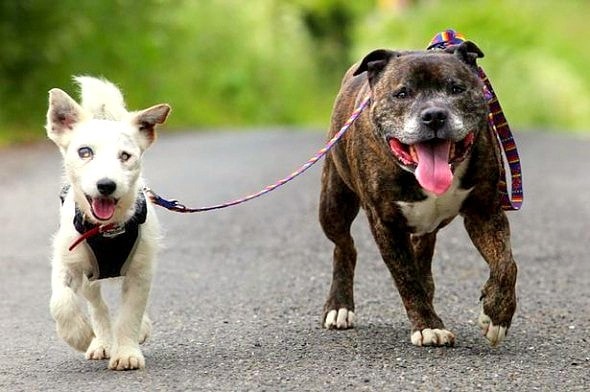 Glenn (left) is guided by his best pal, Buzz.
Photo via lifewithdogs.tv

Last month, we told you about the beautiful story of Glenn, a blind Jack Russel Terrier, and Glenn, a Staffordshire Bull Terrier who has taken it upon himself to act as Glenn’s guide dog and. . . 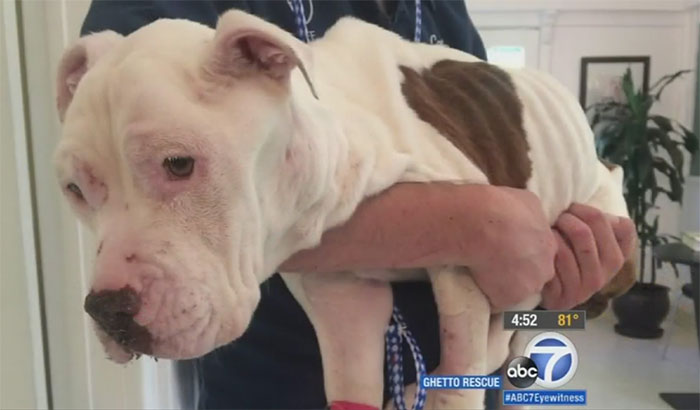 It’s always difficult to see these stories, about a dog abandoned to the streets and left to die, but it’s equally heartening to see that there are plenty of people, from the kids who waved down. . . 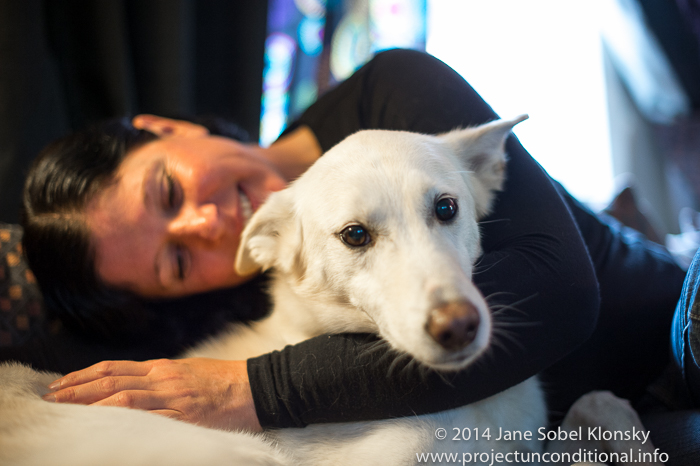 Girdwood Alaska—August is a retired sled dog who ran  at least three different Iditarod races—over 1,000 miles each—in his prime. When Jeanine first met August two years ago, he had. . .

Shane Jackson and his German Shepherd, Jersey, relaxing on the back porch of his Flint, Michigan, home.
Photo by LAURA MCDERMOTT/SPECIAL TO THE RECORD

In May 2014, Jersey the German Shepherd was rescued along with 28 other dogs from a veterinary hospital in Ridgefield Park, New Jersey, but he has now taken on an important role in the life of. . . 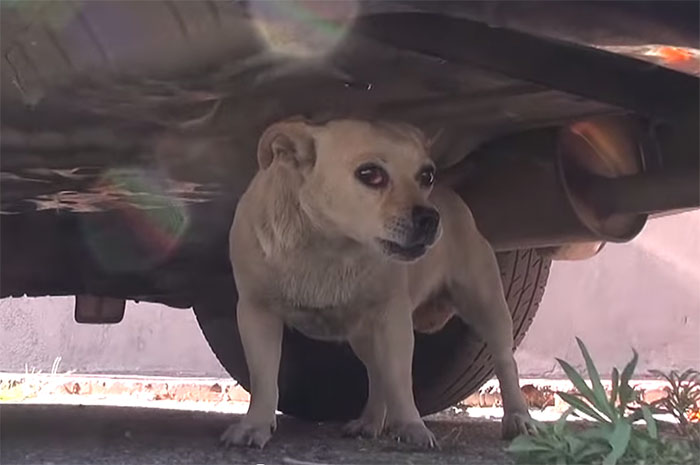 The latest video from Eldad Hagar of Hope for Paws features a shy, homeless Chihuahua who just wants to be loved. This time, Eldad’s friend Lisa makes the actual capture and calms the. . .

Volunteer Robin Beasley carries a dog named Chevy to have a bath.
Photo by David Guralnick, The Detroit News

We have posted before about the notorious stray-dog problem in the city of Detroit. There’s now new hope for those street dogs because Detroit Dog Rescue, founded four years ago as a. . .

The last day of this month is National Mutt Day, one of two days each year dedicated to “embracing, saving and celebrating mixed breed dogs.” In this video report from ABC7 in. . . Fostering a dog from a shelter is one of the more rewarding things a dog-lover can do, but as Samantha Okazaki writes, it’s important that you go into the situation with eyes wide. . .

Illustration by Gracia Lam via bostonglobe.com

The question “Who rescued whom?” has been a bit if a cliche in the dog world for quite some time, but writing in the Boston Globe magazine, Linda Matchan tells a story that really drives the. . . 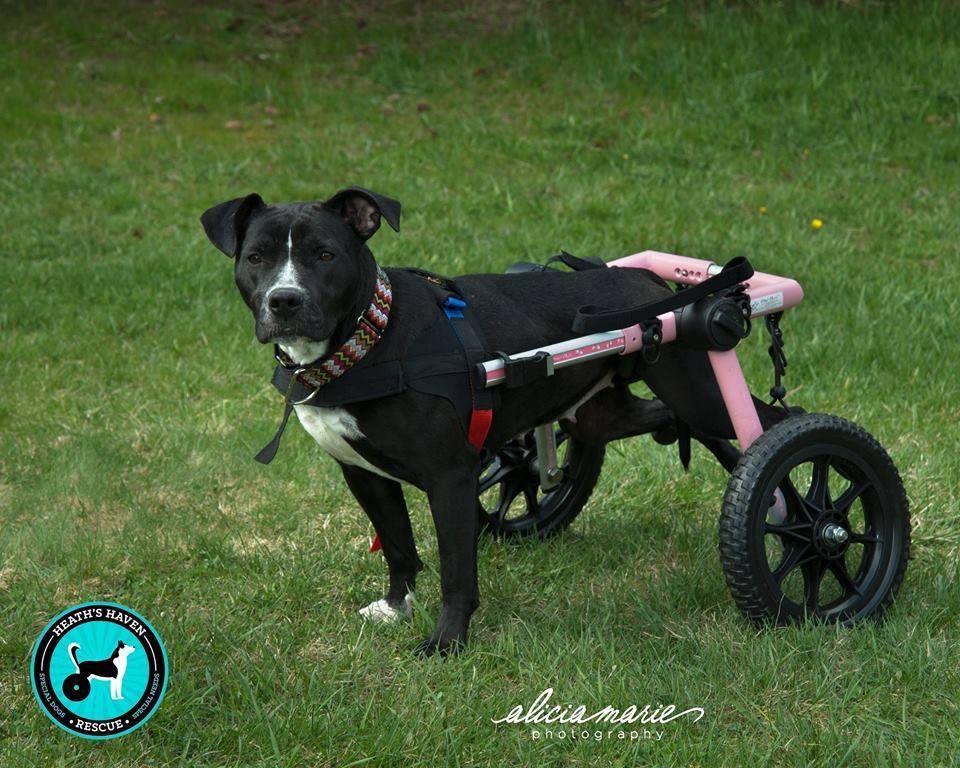 Here’s a wonderful video that shows just how active and fun disabled dogs can be when you give them the gift of mobility. These beautiful dogs are from Heath’s Haven Rescue in Hauser, . . .