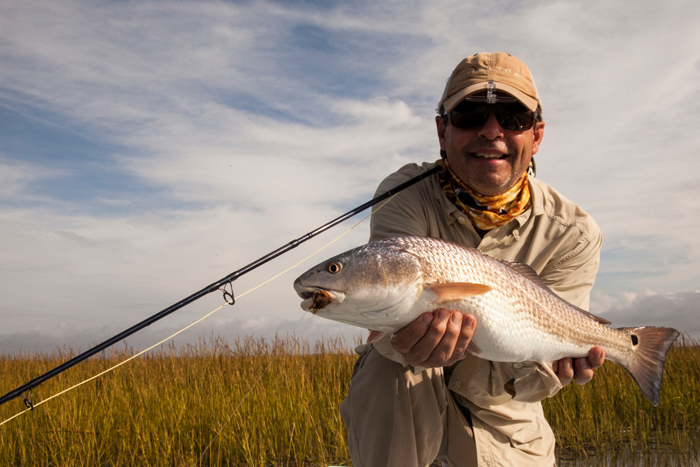 On Monday, I stalked tailing reds on the flats with Capt. Tuck Scott of Bay Street Outfitters based in Beaufort, South Carolina. Captain Scott put me into some great situations on these flats in. . . 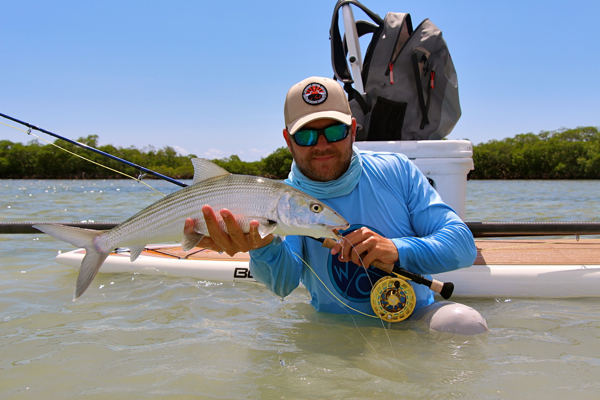 Chris Lewis of the Skinny Water Culture blog sent in these great photos from a spur-of-the-moment trip to the Florida Keys with this friend, Alex. They were after bonefish, but they found a whole. . .

Apparently, these are the outtake scenes from a video of a trip to Cuba by the folks at The Fly Fishing Nation. These are some pretty damned good scenes to end up on the cutting room floor. I’m glad that they decided to scoop them up and edit them together.

We’ve already posted a couple of trailers for the upcoming film “7 Degrees South.” (See here and here.) Now, we get a sneak peak at one incredible scene, in which an angler engages in a serious tug of war with a huge giant trevally. No reel-screaming runs allowed by this guy; instead, he puts the wood to the fish right off the bat and doesn’t let up. I’m exhausted just watching the fight. 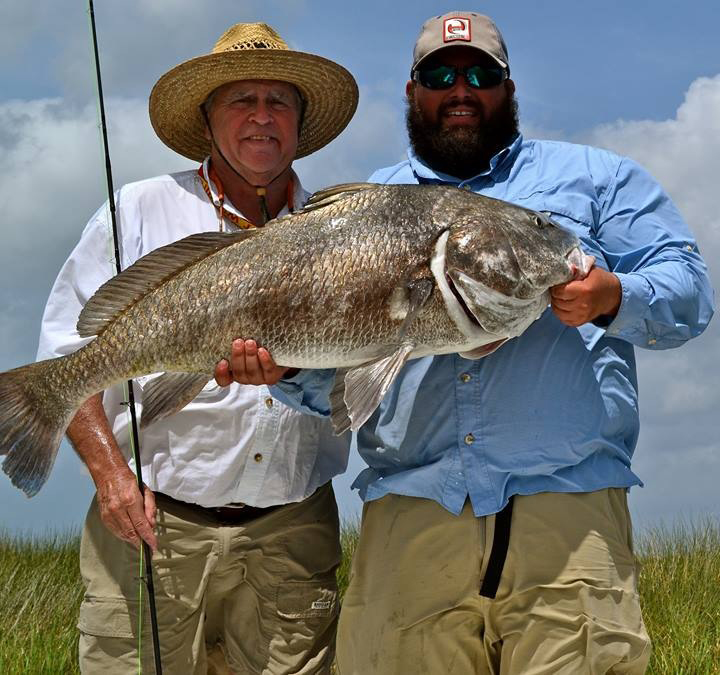 Fishing for black drum is all about finding oysters. You find oysters and you find black drum. You have to fish slow, though: if you sit and wait for a few minutes when you get to your spot, you’ll see those tails start to pop up. Most of the time, these fish will muddy up the water when they are feeding, so it is. . .

Webster “Doc” Robinson was the creator of the bait-and-switch method of fly-fishing for billfish. In this archival film, we actually get to witness the very first marlin ever caught on a fly. Doc’s wife, Helen, is a real pro at. . . 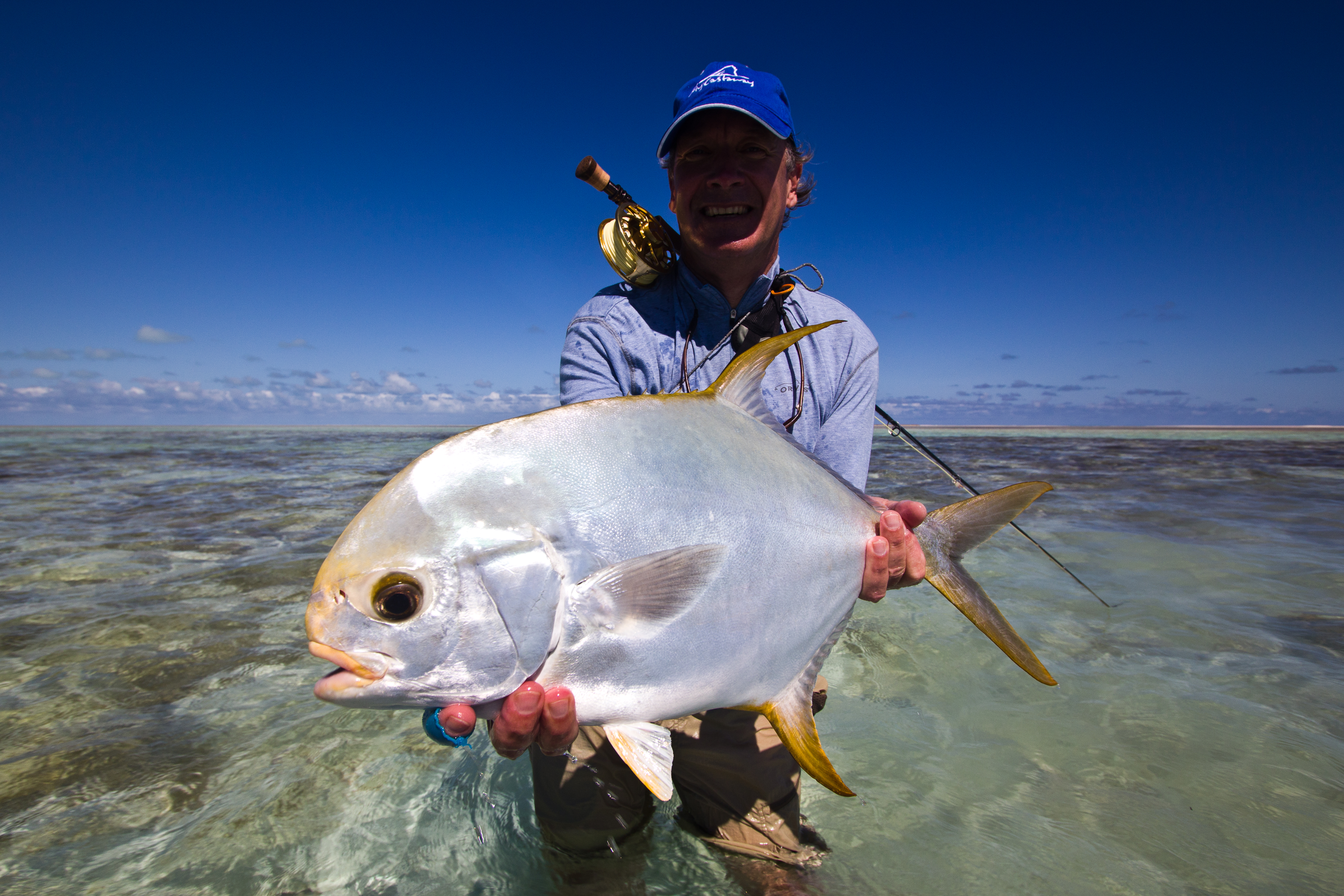 Dave hoists an Indo-Pacific Permit, also known as the snub-nosed pompano.
All photos by Christiaan Pretorius

Orvis vice chairman Dave Perkins and his wife Nancy Mackinnon recently took a trip to St Brandon’s Atoll off Mauritius, where they were hosted by FlyCastaway. As you can see, they had an. . .

Here’s a very cool video of fly-fishing for small tarpon in Mexico, including many acrobatic leaps. Although I have chased the big fish in the keys (to no avail, I might add), I really think that this looks more my speed. . . .