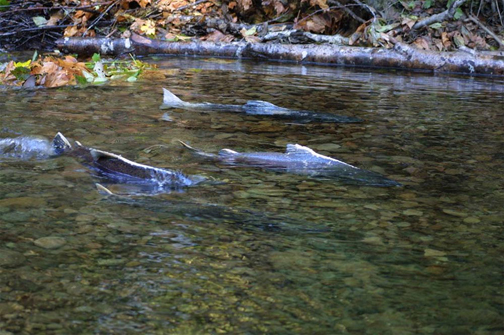 This scene —a West Coast stream teeming with wild salmon—was once commonplace.

But now, everything has changed.

Of the four H’s, hatcheries have received only recent attention, yet they can significantly harm wild fish. Within the last decade, fishery biologists agree that hatchery fish can prey on, out-compete, or interbreed with wild fish, further diminishing their numbers.

To address the harm caused by hatcheries, the nonprofit group I work for, the Western Environmental Law Center, is focusing on hatcheries where genetically significant runs of wild salmon and steelhead still exist, and where there is still a chance to fully recover them.

We can reduce the number of hatchery fish released into our rivers, change the timing of when they are released, or incorporate more wild fish into broodstock, and so help recover wild salmon and steelhead runs. Our ultimate goal is to re-establish wild fisheries, so the people and communities that have traditionally enjoyed wild fisheries can once again do so.

We are using the power of the law to reform hatcheries on the Mad and Trinity rivers in California, and on the Sandy and McKenzie rivers in Oregon. We are also reviewing hatchery operations in other river basins in Oregon to ensure wild fish have the chance to recover.

Reforming salmon and steelhead hatcheries in the West will not be easy and we have hard work ahead of us, as these efforts will likely continue for years. That’s why we are honored to partner with Orvis—a company truly dedicated to protecting wild fish. As a nonprofit, public-interest law firm, we rely on support from individuals, charitable foundations, and business partners such as Orvis to help preserve and restore the West’s wildlife and wild lands.

With the support of Orvis, we will continue fighting to protect wild salmon and steelhead so that one day we may again witness healthy runs of wild fish rushing through our Western streams and rivers.

About WELC
Founded in 1993, the Western Environmental Law Center is a nonprofit, public-interest environmental law firm that uses the power of the law to safeguard the wildlife, wild lands, and communities of the American West.

Author Bio
Attorney Pete Frost leads the Western Environmental Law Center’s efforts to protect and restore wild salmon and steelhead. Frost was raised in Oregon, graduated from Stanford University, and earned his J.D. from the University of Oregon School of Law, where he was editor of the Oregon Law Review. For more than two decades, he has represented local angling groups and national nonprofit organizations in court to restore wild salmon and steelhead runs. From 1992 to 1999, Frost was an attorney for and directed the Western Regional Office of the National Wildlife Federation. In 2000, he received the David Brower Lifetime Achievement Award for Environmental Litigation. 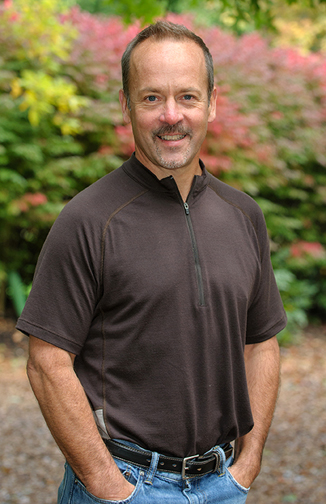