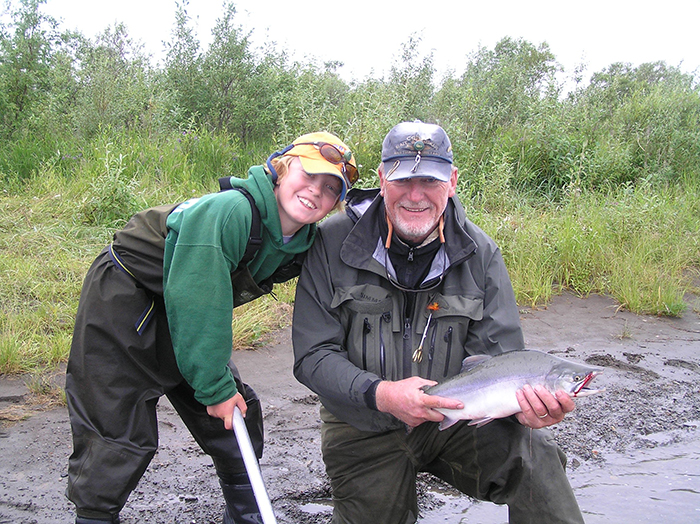 Author’s note: In the summer of 2006, I took my son Cooper, who was 10 at the time, on a wilderness river trip in Alaska. We went with Glenn Elison on a trip down the Goodnews River from its source to Bristol Bay. There were ten of us, all friends of Glenn and all supporters of his work for the Conservation Fund in protecting Southwest Alaska’s salmon habitat. Glenn routinely took supporters down the region’s rivers to show them first-hand the work being done and the necessity of protecting this vital region. This story was a moment toward the end of that journey when I realized how important this would be to him in the future. Two years later, I brought him back, and he did two more trips with Glenn as a boatman and assistant to Glenn, rowing a raft down both the Kwethluk and the Kisaralik, while I left to work as a guide in the Wood-Tikchik region. 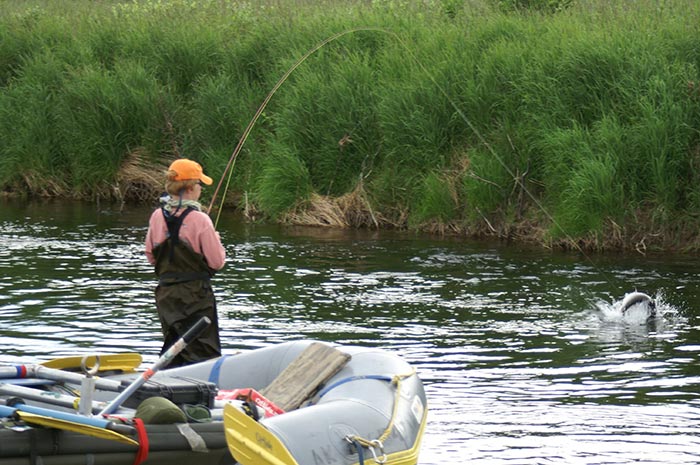 Coop hooks a rainbow before dinner at one of the gravel bar campsites.

Travis and David were a hundred yards downriver, pulling rainbows from a deep run. I leaned against the raft, with a cup of coffee watching a caribou move through the brilliant lavender fireweed on the hillside across the river. In the eddy next to me, a king salmon drifted slowly toward the bank on her side. She had no fins to speak of, having worn them out clearing the silt from her nest. Her skin was pale and in the middle stages of decomposition. Her eye was cloudy, and she was undoubtedly blind. 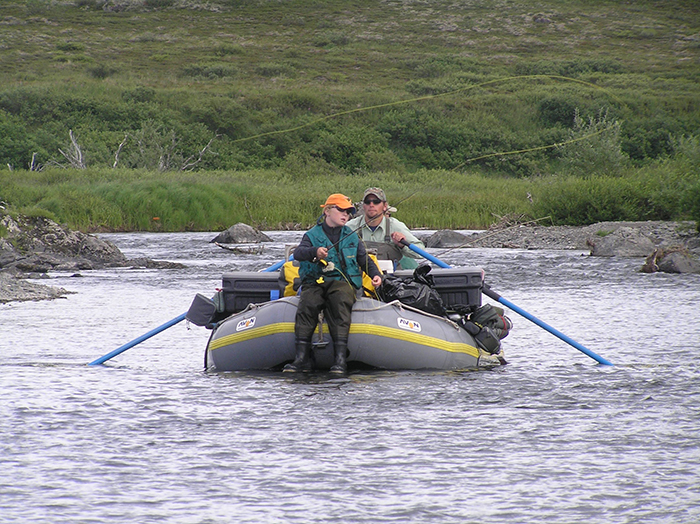 Boy love both boats and fishing, so this was a dream trip for Coop.

An almost imperceptible motion in what was left of her tail pushed her the last few inches to the gravel. I knelt beside her and watched her gills move slowly until finally they stopped. Seven years prior, she had left this river on an incomparable journey to the ocean, dodging predators and nets, swimming thousands of miles in the Pacific, until something told her to come back. She again dodged and weaved her way through countless dangers, wearing away her body on the gravel, ultimately finishing her life in the pool where she was born. Her success: eggs lying in the gravel and flesh to feed an ecosystem containing hundreds of other species. It was a death of Homeric stature. 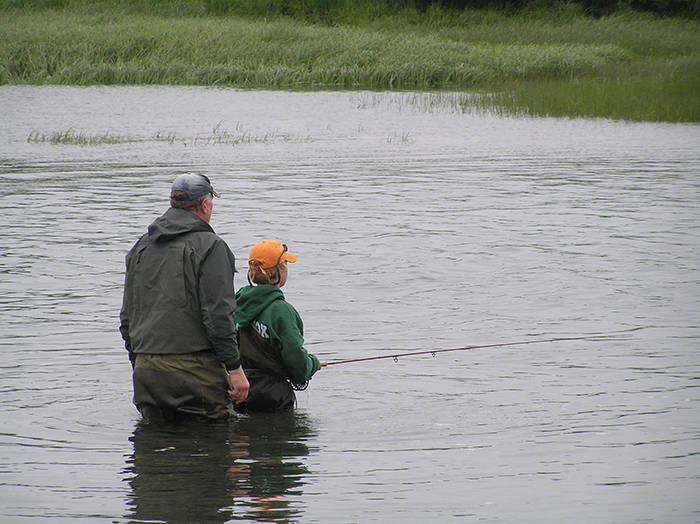 Watching a son catch a big fish is a special moment for a father.

The following morning, Coop stood in the river searching for a rolling pink or silver. It was his last chance; the drone of the Beaver was faint in the distance. The tide was moving and the silver salmon moved with it, beginning their journey up the river, the last of the salmon to come home. I watched him cast here at the mouth of the river and realized he had changed perceptibly in the past six days, exchanging a bit of the boy for a bit of the man. He looked taller. We were finishing our greatest adventure and perhaps one of our last as man and boy. Soon it would be man and man. 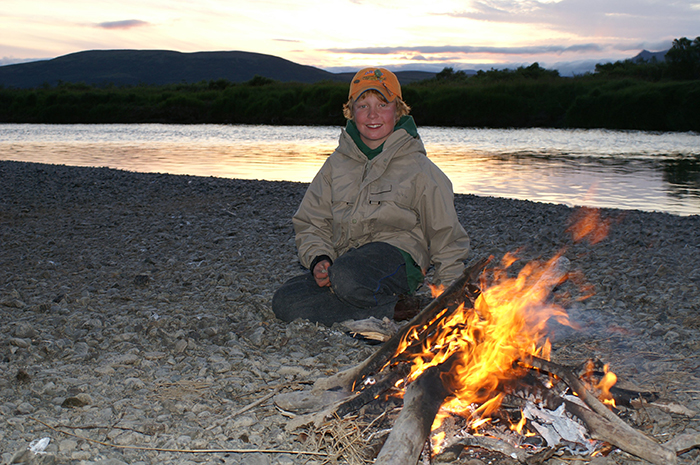 With a lifetime of adventures and travails before him, Coop can use this trip as a taking-off point.

He stands at the mouth of his river, his ocean stretching out in front of him. His nets and predators, his long journeys, all lay before him. How extraordinary to be 10, yet one never realizes it until 50. I have a father’s faith that he will do something good on his journey, perhaps step up and work to save what’s left.

I’ve already seen most of my nets, dodged most of my predators. My ocean is behind me, and I now stand at the mouth of my river looking upstream.