Chinos or khakis?
Photo via orvis.com

We’ve all heard both terms—“khakis” and “chinos”—used interchangeably to describe the same pants. But there are actually distinct characteristics that make each pant a style of its own—even if the differences are subtle. This of course made us wonder, do most folks know the difference between chino pants and khaki pants? And does it matter? Let’s see.

What Makes Chinos Different than Khakis?

With a more recent military uniform heritage, chino pants earned a more formal style than khakis. One of the distinct differences between the two, and an easy trick to use when shopping or pairing an outfit, is the stitching. Stitching on khakis is visible, whereas it is concealed on chinos. This gives chino pants a more finished look, which in turn makes them a little more “dressy.”

The second, less obvious and less reliable rule of thumb for telling the difference between the two, is the weight of the fabric. Chino pants are often made of a lightweight 100% cotton or cotton-blend fabric in a tighter weave, while khakis are often constructed of a heavyweight 100% cotton twill fabric. You probably wouldn’t wear your chinos to do yard work, whereas you might your khakis.

Third, chino pants are often cut slimmer with a closer fit than khakis, adding to their formal appeal. The fuller cut of khakis arguably makes them more comfortable and versatile.

Should I Choose Khakis or Chinos?

It depends. Beyond the basic differences between chinos and khakis there are a few other distinguishing traits that may help you decide which type of pants to choose for specific venues or occasions.

A Brief History of Khakis and Chinos

Khakis were originally adopted as the military uniform of British officers in northern Colonial India in the mid-19th century. The word itself—khaki—comes from the Persian word for dust, used to describe the uniform’s drab color. Worn by various swashbuckling characters in famous Hollywood adventure movies, including the likes of Indiana Jones, khaki clothing has been memorialized through history and in popular culture.

Chinos originated in the military as well, during the Spanish-American war in the Philippines. The lightweight cotton twill uniforms produced in China were modeled after the earlier uniforms described above. And, as one might guess, the name chino comes from Spanish slang for “China.” But in an effort to conserve cloth, the pants were designed with tapered legs, and without pleats or pockets. The result was a more streamlined fit which has endured over time.

Fast forward to the present and it’s clear both styles of pants have been adopted as a sort of civilian uniform by the masses, a natty alternative to jeans. The bottom line is, whatever you want to call them or however you prefer to describe them, neither khaki pants nor chinos will ever go out of style.

Now that you know the differences, what do you prefer—chinos or khakis?

39 thoughts on “Chino vs Khaki, do you know the difference?”

How to Exercise Your Dog Inside - Orvis News 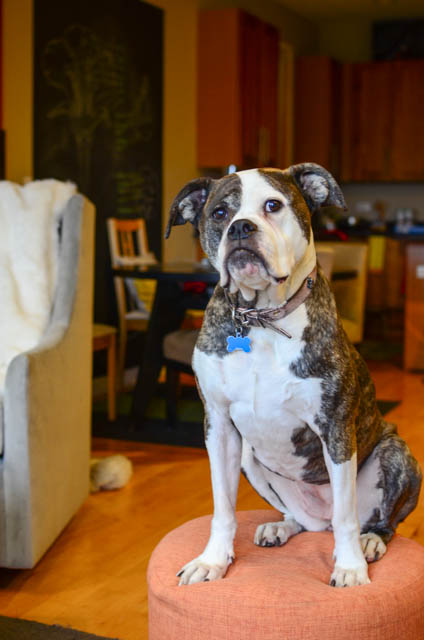 How to Exercise Your Dog Inside - Orvis News

It‘s possible to exercise your dog insideâeven in an apartmentâif you remember you can work his body, brain, and nose. All three type...